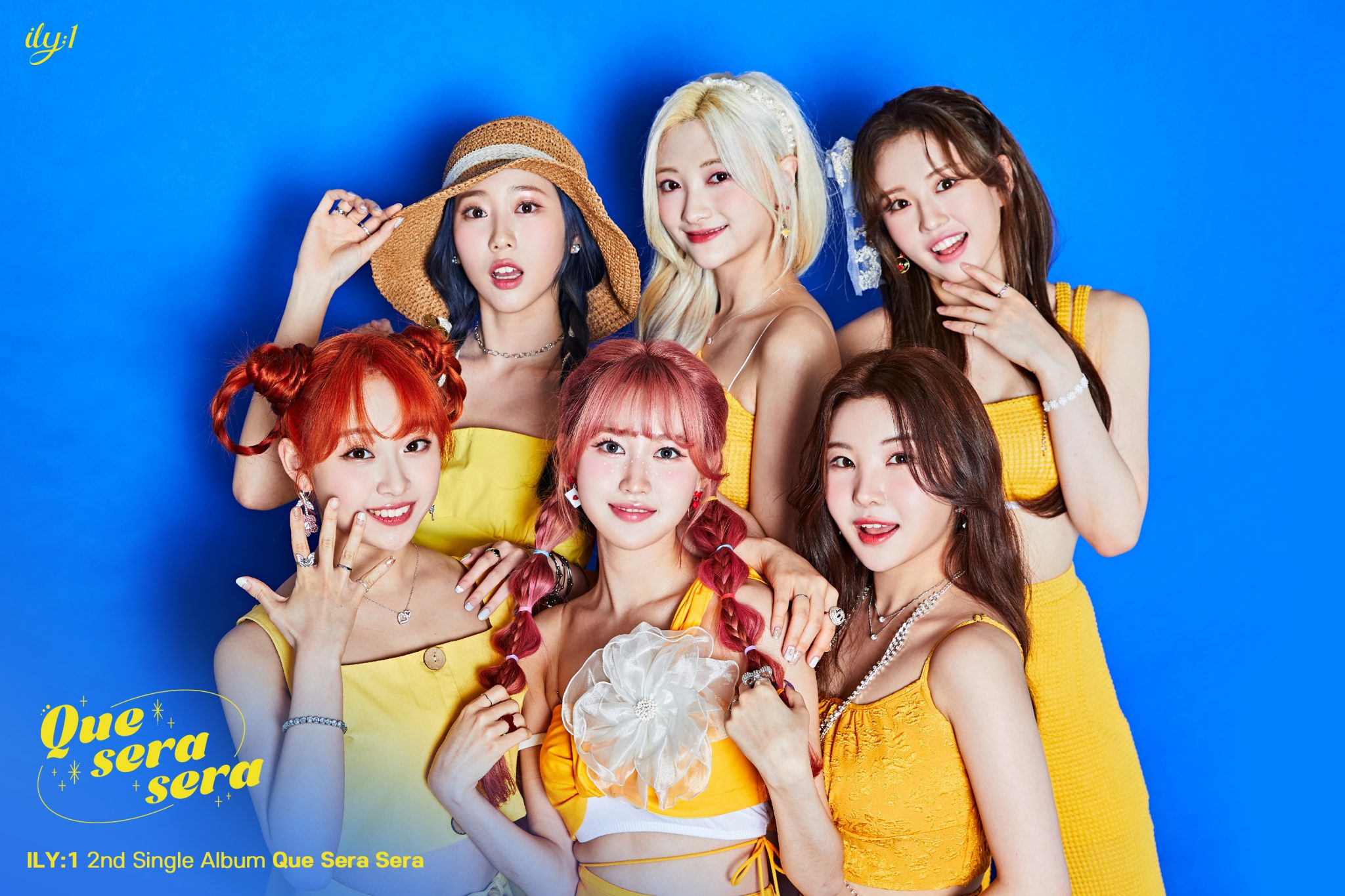 Just months ago during the peak of springtime, K-pop was offering listeners very lively, fresh beginnings in music, but one gracious rookie girl group by the name of ILY:1 rapidly worked their way into our hearts.

Comprised of six young women under FCENM Entertainment, the spritely new K-pop unit initially dropped their introductory single “Love in Bloom” to purposefully facilitate pure seasonal feels to potential fans, quickly labeling the group as 2022 talent to keep an eye on. For being their first taste of full-fledged artistry together, their wholesome, uplifting presentation became very apparent – with uniquely delicate vocals that bonded to a much deeper pop/dance beat from the jump.

After moving on from a notable debut period with hopes to create much more, ILY:1 has since moved on to summertime magic with their new track “Que Sera Sera,” treading into more season-centric concepts that pursue a hardworking, fulfilling, and a reliable path laid out by charismatic K-pop icons such as Oh My Girl, or Apink.

As ILY:1 wraps up their second major chapter together having offered us a well-defined sense of identity locked into place – the group is nearing a combined 10 million views in just a few months (between their two singles), implying that ILY:1 could continue to flourish for seasons to come.

Now that the group has officially dropped “Que Sera Sera,” Vanity Teen is discussing new music and more with the members of ILY:1!

First and foremost, congratulations on the recent, exciting debut of ILY:1! Now that you’ve been able to kick off your careers, what is your primary goal as a group?

ILY:1: We want to bring ILY:1’s charm and love to countless people!

Fans were able to witness your first pre-debut stage performance together (an SNSD cover on ILY:0) but since those days, you’ve obviously been able to perform your own music as ILY:1. What would you say has been a defining or consistent aspect of ILY:1’s stage presence?

ILY:1: All of us enjoy performing while trying to express the various facial expressions, emotions, and vibes of our songs when on stage. Also, we always hope to spread happiness as a gift to our fans who watch our performances!

If your first single album introduced people to ILY:1, how would you say the second single album expands your musicality?

ILY:1: We think ILY:1’s charms and colors are becoming richer compared to our first album.

I will also say that for those who just discovered the group through “Que Sera Sera,” it’s a very refreshing step into some classic K-pop sounds! Who have been artists that you’d say helped inspire the style of ILY:1?

ILY:1: For us, It’s definitely OH MY GIRL sunbaenims!

The music video for the title track was so vivid and it feels like it’ll be appreciated over time! What would you say is the most timeless feature of the “Que Sera Sera” video?

ILY:1: Actually, the entire music video is impressive to us, with every single part being very overall appealing!

You’re a part of a generation that’s been able to witness broader opportunities and potential for K-pop talent on a global scale. Knowing everything that’s in the realm of possibilities, what are you most looking forward to experiencing over time?

ILY:1: We can globally showcase ILY:1’s performances to our fans in various countries through different social media mediums, and being a multicultural group enables us to communicate with fans in each country more easily. Therefore, we would like to hold concerts and meet-and-greets with our fans worldwide!

Lastly, to anyone who’s just finding out about ILY:1, what’s one important quality about the group that they should know?

ILY:1: ILY:1 is a group that can spread happiness to the public by having our various charms come together harmoniously! There may be people who haven’t seen ILY:1 at all, but there won’t be anyone who has only seen us once!

Check out the music video for “Que Sera Sera” included above!