How to Become a Model TIPS

Want to be a model?

Being a model is an aspiration that many young people hope to fulfill one day, but unfortunately it’s also an opportunity for scammers to take advantage of those who are unaware of some sketchy tactics used by people with dangerous intentions.

Let’s say that someone stops you on the street and tells you that you should be a model… Or maybe someone contacts you through a social network and suggests that you have great looks. This is not that common, and that’s how some models such as Sebastian Sauvé have been scouted. If this eventually happens to you, pay attention to our advice to spot a potential scam.

They ask for money upfront and avoid high-pressure tactics.

Legitimate agencies never ask for money upfront and they get paid only when you’re paid. For example, if a clothing brand wants you to be part of their campaign, they’ll contact you exclusively through the agency. Once you’re getting paid, the agency will receive a small commission from that money. This is how they make revenue.

If they tell you: “Hurry up or you’ll miss this great opportunity”, RUN.

They make a lot of promises and warrantee work.

Modelling work is pretty irregular, and you might get offers and you might not get them. If someone promises that you’ll be featured on the cover of a magazine, or that you’ll be modeling haute couture in a runway in Paris, London, Milan or New York as soon as you join, then that’s another red flag. Even some of the top models don’t get contracts or magazine covers as often as they want, and the majority never made a lot of cash when they just started.

They force you to use their photographer.

Modeling agencies have to responsibility to represent you in the best way possible, and it’s very important for them to be aware of who’s going to take pictures of you, but it’s not exactly that they force you to use one single photographer. It’s likely that as you start your modeling career, the agency can suggest a few models in order to build your book but that’s pretty much it. If you don’t have an agency yet, it’s possible that you might need to hire a photographer to take pictures of you.

As I said before, modeling agencies generate enough revenue with contracts and it’s not very likely that they would need to pay classifieds in newspapers or social networks asking for talent.

Be aware of websites such as Craigslist, Gumtree. Professional agencies won’t use a website like that ever.

Many agencies announce open casting calls where you can go and participate if you meet their requirements, but always contact them first to confirm the legitimacy of the event through their official channels or even give ‘em a call.

Scams are more common in small cities and countries without a big modelling industry.

If you live in a small city or community, or in a place where modelling is not that common, be careful. Watch out! Scams generally occur in places like this, so always be skeptical.

Google is your friend

If an agency claims to place models in specific jobs, try to contact some companies and verify if they’ve hired talent from that agency.  Always search on Google the name of the agency, confirm their addresses, profiles and even write the name of that agency with the word scam. You’ll find plenty of information online! It’s also a good idea to ask other people if they have references about those agencies.

In certain circumstances, trusting your gut can definitely save you from sketchy situations. If you think that there’s something a little bit weird going on with a potential modeling offer, think twice about it and do more research. 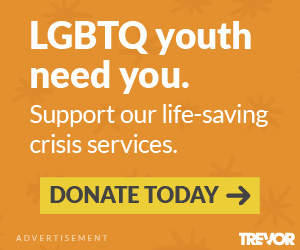