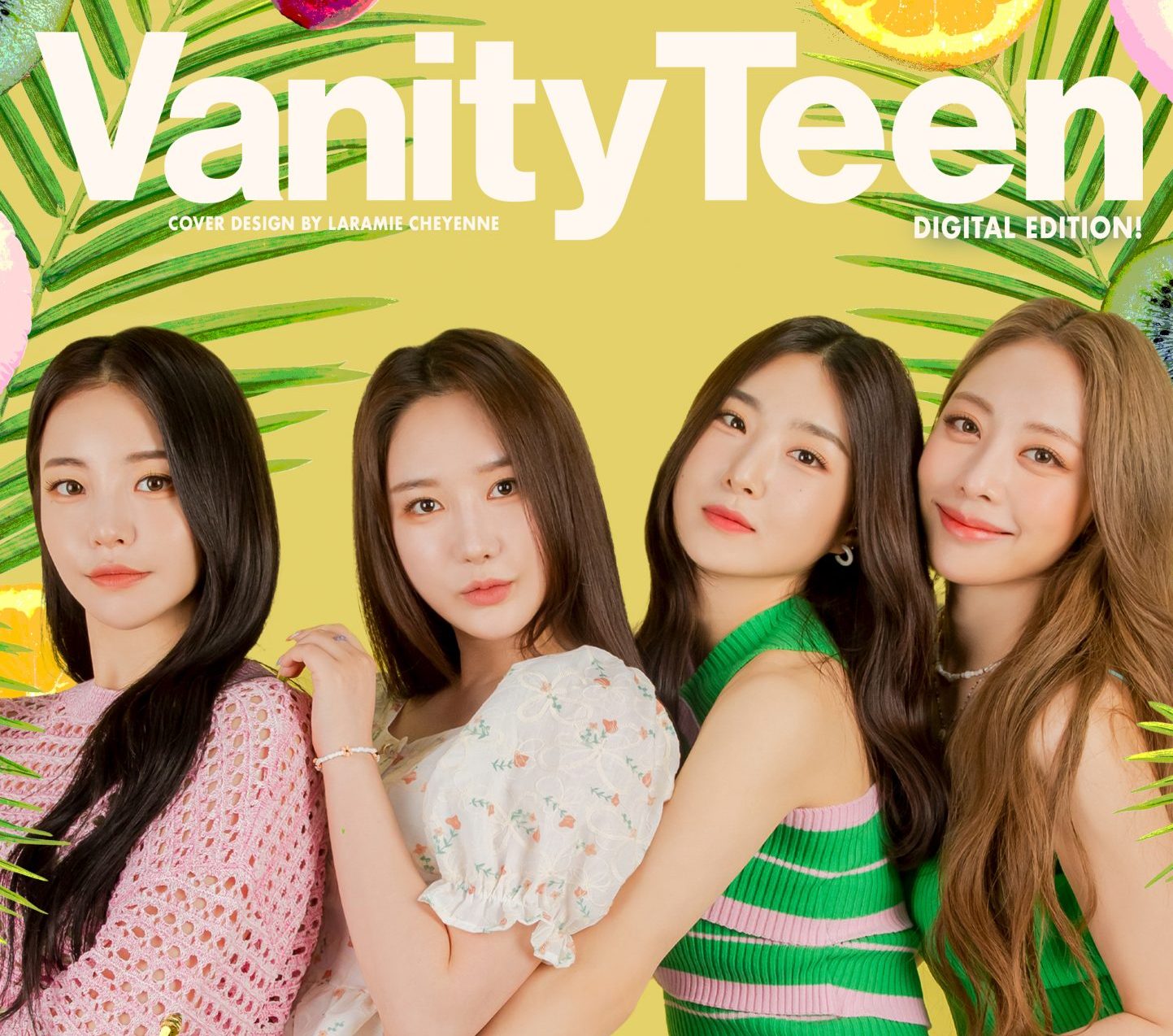 The instantly recognizable group Brave Girls (@bravegirls.official) causes an immediate reaction to those who know the four women at its creative core, or at minimum, their inspirational journey to total K-pop stardom. Ever since making a colorful debut back in 2016, the current lineup of Brave Girls (Minyoung, Yujeong, Eunji, and Yuna) have shared cardinal examples of perseverance and excitingly unconventional outcomes along the way. But make no mistake, these women have completely earned this very moment after over a dozen hit-worthy tracks – finally fulfilling a more recognized destiny backed by faithful listeners. That being said, if you’ve yet to familiarize yourself with the group we’ve dubbed as timeless queens of summer, you’re extremely deprived of pop music perfection.

Between that hopeful 2016 debut period and an unforeseen 2021 breakthrough, Brave Girls would release a slew of dark-horse pop songs like their confident and sultry “High Heels,” the profound power of city-pop in “We Ride” (which also happens to be vastly underrated), and what would eventually become a smash-hit song, “Rollin.” Throughout those four challenging years, in particular, the women set unknowingly the standard for creating retro-driven magnificence with or without the mainstream success they so clearly deserved – which all changed as they became a household name just before a highly probable disbandment.

More than three years after the release of “Rollin’” what’s now a famous compilation video of the women performing the choreography managed to go viral and launch their career to unimaginable heights – such as their first of multiple music show wins, endorsement deals, and the unforeseen ability to have several songs reverse chart. However, even that awe-inspiring step was only the beginning.

After spending several tireless years as industry underdogs, their overnight success then offered the group’s thorough discography new life and a promising reign as newly discovered ‘queens of summer.’ In terms of seasonal releases that backed up their self-appointed stature (once teased by “High Heels” and their album Summer Queen), the group would further explore festive ingredients of timeless summer vitality on “Chi Mat Ba Ram,” “Pool Party,” and even “Fever,” before eventually revisiting Brave Girls’ retro-flair with a fresh perspective. Familiar and nostalgically-charged tracks that discovered an empowering summer potential include influential moments like the meaningful “Red Sun,” as well as, “Thank You,” or even the infatuating b-side track “You and I” all unveiling evolutionary progression for the future of the group.

Now, In 2022 alone, the women have further proven to be irreplaceable industry icons, with some of the most tear-jerking stages of the decade on MNET’s triumphant series Queendom 2 – but more importantly, a craft that sets them apart from every single one of their peers. On the high heels of their goddess-level Queendom appearance and their first US tour, the four fearless women appropriately labeled Brave Girls are discussing their rise to fame, summertime magic, and more with our own Aedan Juvet as Vanity Teen digital cover stars.

You’re officially in your sixth year together now and have undergone a lot of transitions. Arguably, more than most! For those with similar goals, how different would you say the industry was upon arrival – contrary to your initial expectations?

Yuna: Since I was young, I liked music so much that I only chased my dream to become a singer and finally debuted. But once I debuted, it was not easy to let someone listen to music I like and get people to relate to me. It was tough enough that I have to work part-time at a cafe to get by. Even so, I think I was able to endure it because the members stood by my side and comforted me.

I know that you’ve said right before “Rollin” went viral you were on the brink of disbanding, and that resurgence then occurred like it was an act of fate! When you first released the song, did it ever cross your mind that it could have such an impact on pop culture?

Minyoung: When I first heard the song, it was so exciting and good that I thought, “This song was going to be a hit!” During the promotion, it was a shame that the reactions were not as good as I thought, but I’m glad and grateful that the song could see the light even if it was late.

Yuna: Honestly, as much as we prepare, we also look forward to each comeback. We didn’t get much love during Rollin’ promotion, but we’ve never imagined that we’d be able to receive this much love and have a huge impact on the public.

You’ve since gained a lot more recognition from fans around the world after that viral moment, and have become one of the most legendary, deserving groups in the industry. How different is life now as opposed to, say… three years ago?

Eunji: Unlike before, when we released an album, we were able to come back with a lot of expectations. Beyond performing in events for military troops, the number of people who sing along to our songs has increased, so we’re super excited.

Minyoung: Before going up the charts, there was not enough recognition so we were often prohibited to enter broadcasting stations, but now more and more people recognize us wherever we go and say they’re always cheering for us. I think it’s different from before that we can show our honest selves with confidence.

Countless people have been inspired by your story because it defined perseverance, discipline, and a lot of passion, which connected to people on an emotional level. What kind of guidance would you offer anyone who might be experiencing that same obstacle with their creativity?

Yujeong: Sometimes, for people who have worries, nothing, not even a single word of “Cheer up” would make them feel better. I understand. It’s hard to give advice easily, but as a person who has experienced a reversal, I believe everyone gets a chance at least once.

Your discography is truly impeccable, with some of my favorites being “We Ride”, “Red Sun”, and “우리끼리(You and I)” just to name a few! What’s the typical process to get a Brave Girls song to each member’s liking?

Eunji: And also, we consider if it’s a song that you can easily get used to and sing along to!

Seeing you on Queendom 2 this year has been so endearing, to say the least, and every week feels like a tearjerker because of how much talent, heart, and authenticity you bring to the program. What would you say has been the best quality or trait you’ve gained from Queendom? Also, I hope you know that you had so many people around the world furiously supporting you throughout your run! You should be so proud of your work as total standouts!

Yujeong: I had a lot of worries before I appeared on “Queendom 2,” but each time we prepared for a stage for the competition, I felt a sense of accomplishment that I did something. And I realized once again how precious the fans’ support is to us. We will continue to work hard so that we can show only good things to our fans.

Based on all of the tireless work that went into Queendom, what stages would you say feel the most personal to each of you?

Eunji: During competition 3, 2nd round, the “Red Sun” performance is my favorite! It was a “fan-tastic” performance for the fans, and it’s even more precious because it’s the first time we won first place after coming in last place.

Yujeong: It’s “Red Sun” for me too. I thought it could be the last performance, but I’m attached to it because I’m given another chance.

Now that you’ve been able to do Queendom 2, won multiple music programs, charted on Gaon, toured the US, and have just graciously shared your first group cover story with us, is there anything you’ve yet to do that you’d like to achieve together?

Yujeong: While appearing on Queendom 2, we were able to tell our stories to our global fans, and more and more people support us. I worried so much before appearing on Queendom 2, but as the competition continued, I could tell that we grew more. In the future, I want to continue to challenge bravely without being afraid of new challenges and show you, Brave Girls, with no limits. Please continue to support us!

Considering the important title you’ve attained as being the timeless queens of summer, how would you choose to spend the perfect summer day and night?

Yuna: Thank you for the “Eternal Summer Queen” title. I like to enjoy fruits and food that you can only eat in the summer! Make sure to warm up before going to the cool valley or the sea and go into the water and think about safety! Above all, health is the best, so please be careful not to stay in the hot sun for too long and enjoy the summer healthily!

Finally, what type of advice would you offer those reading this who might currently be lacking a little bravery of their own?

Minyoung: Usually, when people take big actions or do something that everyone doesn’t want to do, they call me a courageous person. But I think holding out is also something that takes a lot of courage. We all live with courage in one heart. Don’t lose that courage and walk your way diligently day by day. Even if you don’t have the courage to run out, if you walk slowly, hope will come someday.