Rhonin Swenson: stand up to bullies 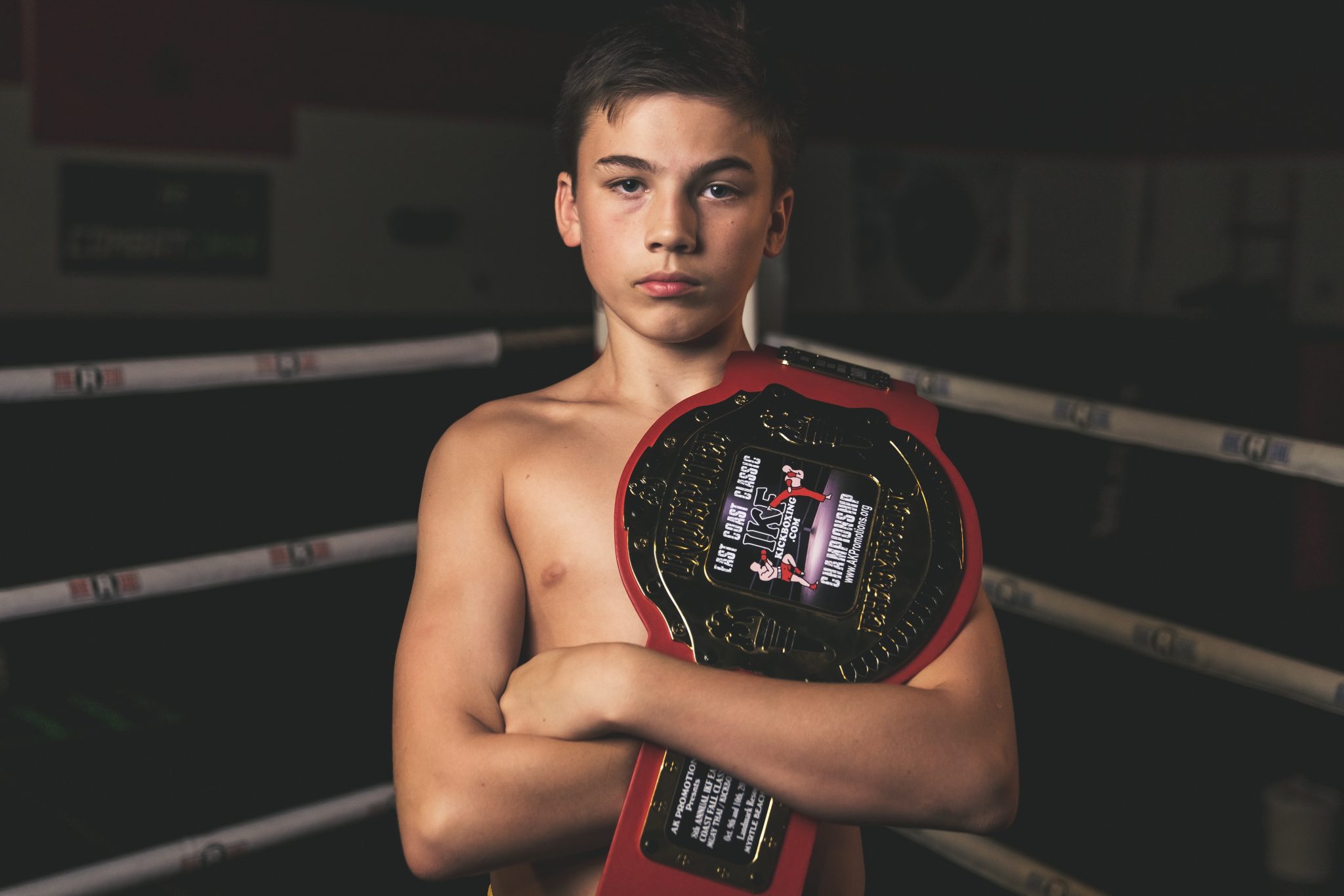 Rhonin Swenson is a young athlete whose career is inspiring many due to his dedication, perseverance, technique, and good vibes.

We love his hard work and positivity but, even more, we admire his personal story and the ways he has been using sports and martial arts to become a better person, improve his mental health, and stand up to bullies.

From Vanity Teen, we invite you to keep reading to know more about this promising MMA young star and enjoy the conversation we had to talk about his life and projects.

I come from a family of fighters

VT: What can you tell us about your life and origins?

RS: I come from a family of fighters. I am the youngest of three, with one older sister and one older brother. My dad put both my older siblings in fighting, starting at a young age, so it only made sense for me to begin fighting as soon as I could.

I began my journey with MMA at the age of 5 when I joined a kid’s jiu-jitsu class with my sister. From there, I joined the Bulldogs’ wrestling team in my area that both my siblings were a part of before me. This is where I was introduced to the competitive lifestyle that I would become accustomed to competing in tournaments, training almost every day, and cutting weight.

VT: How did your passion for MMA start? How did you find out you were good at it?

RS: I became passionate about MMA while in wrestling because the grappling portion of the sport was interesting and enjoyable to me.

My Dad had put me in karate and taekwondo classes to introduce me to different styles of fighting, but I missed having more contact with my opponents. When I was about 9 years old, my Dad finally let me join a boxing gym.

I like boxing because I can be more aggressive, and I found that I was getting the most respect out of being a boxer. I also felt more confident by being able to defend myself and rely on myself for protection. I found out that I was a good fighter by winning in wrestling tournaments where I had moved up an age group and when I won my first ever boxing match.

VT: What is the story behind “Rhoninja”?

RS: Rhoninja is a combination of my first name and my middle name, James. My family started calling me Rhoninja when I was very young, probably at 2 or 3 years old. I think they would call me that because I tried to fight my siblings all the time and would act like a ninja.

You have to be your biggest fan

VT: Who are your biggest inspirations, and why?

RS: Kyle Snyder, an Olympic champion in wrestling, is probably my biggest inspiration because he’s a wrestler from Maryland; and he made a name for Maryland wrestling which is something that I want to do.

When you think of wrestling, you think of states like Pennsylvania, Ohio, or Iowa. I’d like to grow wrestling in Maryland because this state doesn’t get enough recognition for the talent that it holds. Take Meyer Shapiro, for example, he is a junior in high school who just won the Cadet World Wrestling Championship, and he was built from Maryland gyms, even trains in some of the gyms I go to.

VT: How is your preparation before a match?

RS: Before any of my matches, I try to eat a small portion of carbs and try to get some electrolytes in me (typically through Gatorade). This step is crucial because I have to cut weight for most of my matches. For about a week before my match, a water cut which involves drinking a gallon of water a day so my body can flush out all the sodium and helps me get rid of some of my body’s water weight.

Right before a match, I do some hit pads with my coach and some stretching to loosen up. Then, I try to warm my body up by moving around and shadow boxing. To mentally prepare for my matches, I tell myself that no one else is better than me and no one has put in as much work as me.

You have to be your biggest fan and hype yourself up as much as possible before a fight, and you really have to believe it, too. If you don’t truly believe you can win, you’ll have a harder time during the match and easily give in if things aren’t going well for you.

VT: How about your mental health? What do you do to stay focused and do not give in to pressure?

RS: Sometimes losing fights can take a toll on my mental health especially with my fan base growing. I never want to disappoint the people rooting for me like my fans, friends, family, and team. To stay focused during a fight I just block everything out but what I have to do to win.

I don’t think about my fan base or the consequences of losing. I just go over what my coaches have taught me and what techniques I need to use to win against my opponent.

Stand up to bullies

VT: Which projects do you have for the future?

RS: Right now, I’m shooting scenes for the movie 1 out of 100, written by Willy “The Bam” Johnson, the creator of Point MMA where I had my first MMA fight.

In addition to the movie, I started high school last week, and I’m excited to join the Bishop McNamara wrestling team in the winter. Kick-boxing was approved as an Olympic sport, so I will be training for the wrestling and kick-boxing gold Olympic tournaments.

VT: Do you consider sports can help young people to overcome insecurities and feel better? What would you recommend to all the teenagers who may be facing hard times due to self-confidence issues?

Everyone’s confidence can benefit from that kind of support and knowing you can defend yourself.

RS: I really appreciate the support I’ve been receiving during my MMA matches; it means so much to me. If anyone wants to learn more about me or my upcoming fights, I try to keep my Instagram (@rhoninmma) and TikTok (@rhoninswenson) as up-to-date as possible.

Rhonin Swenson has been using the most challenging aspects of his life as the fuel that moves him to be the best version of himself, one battle at a time. None has said it is easy, but his willpower and the love of his family, friends, and supporters give him the comfort and strength he needs to keep going.

Let us stay tuned with his career to witness the great things that are about to come, and let us always remember to stand up to bullies, let us celebrate our differences.

In this article:exclusive, MMA, Ronin Swenson