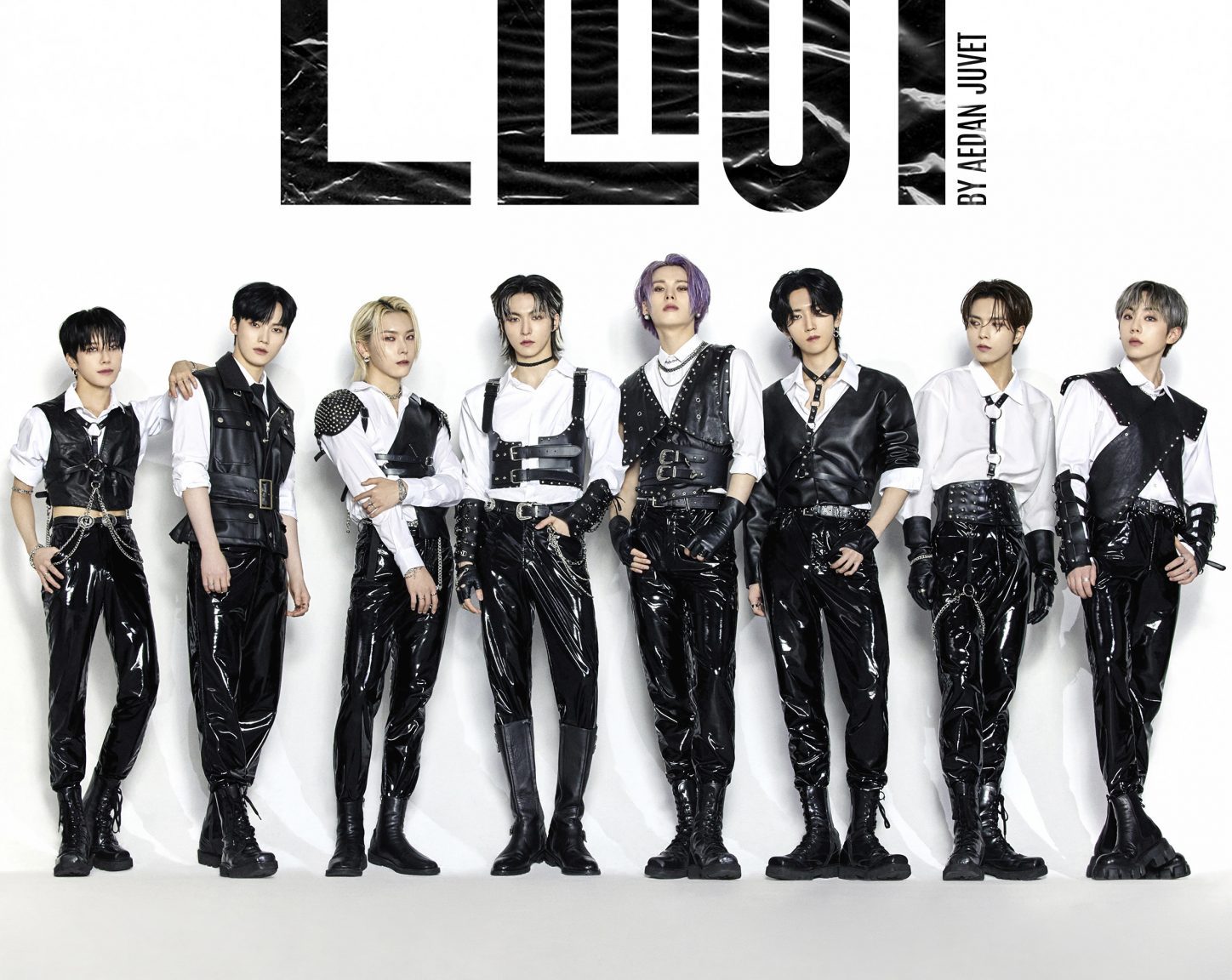 When it comes to the word ‘everlasting,’ there’s a prompt expectation regarding the ability to endure. Whether it’s in regards to love, happiness, purpose, or even influence, the concept alone sets the stage for some display of greatness. In terms of the unpredictability of the music industry, ‘enduring’ in that nature is an obstacle countless artists face who aim to leave their mark on future generations. Although such a notion seems like a bold declaration to make so early on – it’s that rare bravery from the K-pop group E’LAST (inspired by the passionate notion of being eternal) that reaffirms the potential to manifest your own destiny.

As a group, the eight members of E’LAST (@elast_official) debuted in the summer of 2020 during the height of the pandemic, where being a rookie artist didn’t exactly come with the usual opportunities that others might have – and resulted in an uphill battle to showcase their ‘everlasting’ qualities. On their first mini-album Day Dream, E’LAST remained confident despite the universal circumstances and prevailed with a welcoming audience and unapologetic art from start to finish. Throughout the next two years of their rookie era, E’LAST would show a drastic expansion of their musicality, but also their sales, leaping from nearly 8,000 upon debut to 60,000 in 2022, with a regular uptick and greater popularity through their third EP, ROAR. As a result of indisputably hard work, E’LAST would go on to make their impressive debut on Billboard’s World Digital Song Sales charts at No. 4 and No.8, garnering a cumulative 35 million views for their music videos, and countless televised appearances in Korea.

Now, just over two years since debuting, E’LAST is finally being offered the opportunities that weren’t available to them at the beginning of their career – all while keeping the same level-head and humble state of mind. Considering the fact that enduring is exactly what the group came together to do, we’re just truly lucky enough to witness the follow-through of E’LAST every step of the way.

It’s now been two years since E’LAST debuted, but you’ve technically been together for even longer. How drastically has life changed for you since the launch of your pre-debut series?

Rano: There are people who have liked us since our trainee days after recognizing us through Won Hyuk and Won Jun, and we are receiving the love and support from them, together with our many ELRING, right now. ELRING is transforming our once dull and boring lives into lives full of love.

Through those series, people were able to pick up on your personalities and differences prior to releasing music, so I can’t help but wonder how much of those bonds/dynamics shapes the collective identity of E’LAST?

Seung Yeop: As shown through our content, including the music videos, the bonds/dynamics between our members are very closely connected with E’LAST’s concept storyline, and you could say that it significantly influences our identity as well. I think you might find yourself falling for our charms even more as you follow along with our music videos and other content.

Considering the fact that your name is inspired by ‘everlasting’, what qualities do you hope that people recognize as everlasting components of E’LAST?

Baek Gyeul: I hope to last in people’s memory as E’LAST. Rather than as individuals, I wish for us to be a group everyone knows when they hear the name “E’LAST” and remembers forever.

You’ve been able to also dabble with sub-units, so if you had the chance to form other sub-units that would balance each other out, what members do you each think could become a formidable group?

You’re a part of a generation where K-pop artists have a lot of opportunities, but also a lot of other artists with similar hopes and dreams. Have you met (or watched) any other groups today that you feel like you have a connection or bond to?

Choi In: I can’t really say the names right now, but we are building bonds with many third and fourth-generation idols, including the groups who debuted around the same time as we did!

It’s also pretty apparent that you’re a group of guys who aren’t afraid to make fun of yourselves and joke around, but you can also snap into a much more serious demeanor when needed! Can you compare and contrast some of the life of E’LAST on and off stage?

Won Jun: It’s commonly referred to as having a “gap difference” [being different on and off stage]. I believe E’LAST is a group that has a clear distinction between the image we portray when we’re on stage and when we’re off stage. While we have our charismatic and sexy demeanor during our performances, we tend to show a lot of our more rascal-like and cute personalities once we come down from the stage.

The chemistry amongst all eight of you feels like a very authentic part of the group’s image too, so would you say that came almost naturally, or was this bond a work in progress?

Romin: I think it’s something that happened naturally as we spend so much time together. However, since we are still different individuals, we also put in the effort to be considerate of each other [laughs].

We have to acknowledge the fact that your new release was a total triumph! Not only sonically, but also commercially with such a huge surge in sales! How did you initially react to the news, and would you say it provided you with more motivation or more nerves?

Won Hyuk: First of all, we were so grateful and definitely very happy about it. Nonetheless, we strive to keep growing and think we have a long way to go, so we plan to work even harder to bring better music and results!

It’s so fun getting to watch you react to all of the adventures and occasional trouble you get into on your various series – one example being your hero-themed program that puts different skills to the test! Even though you’re all indeed qualified in one way or another, I want to know who each of you would say is your own personal hero of E’LAST?

Choi In: I guess all of our members can be perceived as being heroes, but I think the true heroes are ELRING because they are the ones who give E’LAST the strength and courage to overcome the adversities and hardships!

Seung Yeop: I think all of our members are heroes. I can count on our members who help each other in correcting their shortcomings and turn them into strengths.

Rano: I don’t think of just one member as the hero. I think all the members in E’LAST who make up for each other’s shortcomings and support one another are heroes.

Baek Gyeul: We’re all heroes!! I believe all of us are shining in our unique ways and places.

Romin: Rano! Because he’s working so hard as our leader.

Won Hyuk: Our leader, Rano, is the hero because he always protects and supports us!

Won Jun: All of the members in E’LAST are heroes. You know how in movies, there are so many diverse heroes, each with their own abilities? Well, the same goes for E’LAST. I think all of our members are heroes because we all make E’LAST shine with our diverse and remarkable talents and strengths.

Ye Jun: I think our members are heroes to each other. I believe we shine as a team because we make up for each other’s shortcomings rather than it being because of our strengths. I think that makes all of our members heroes.

In closing, what’s something that Vanity Teen readers and ELRING can look forward to with the next era of E’LAST?

Rano: Although we debuted on June 9th, 2020, we didn’t get to spend much time with ELRING due to the COVID-19 situation. For that reason, we plan on creating opportunities to spend a lot of time with ELRING, and we’ll do our best to repay the love and support from our ELRING by putting out good music and working hard to show our best selves. So, please continue to look forward to us.

Check out the music video for E’LAST’s wonderful new track “Creature” included below!