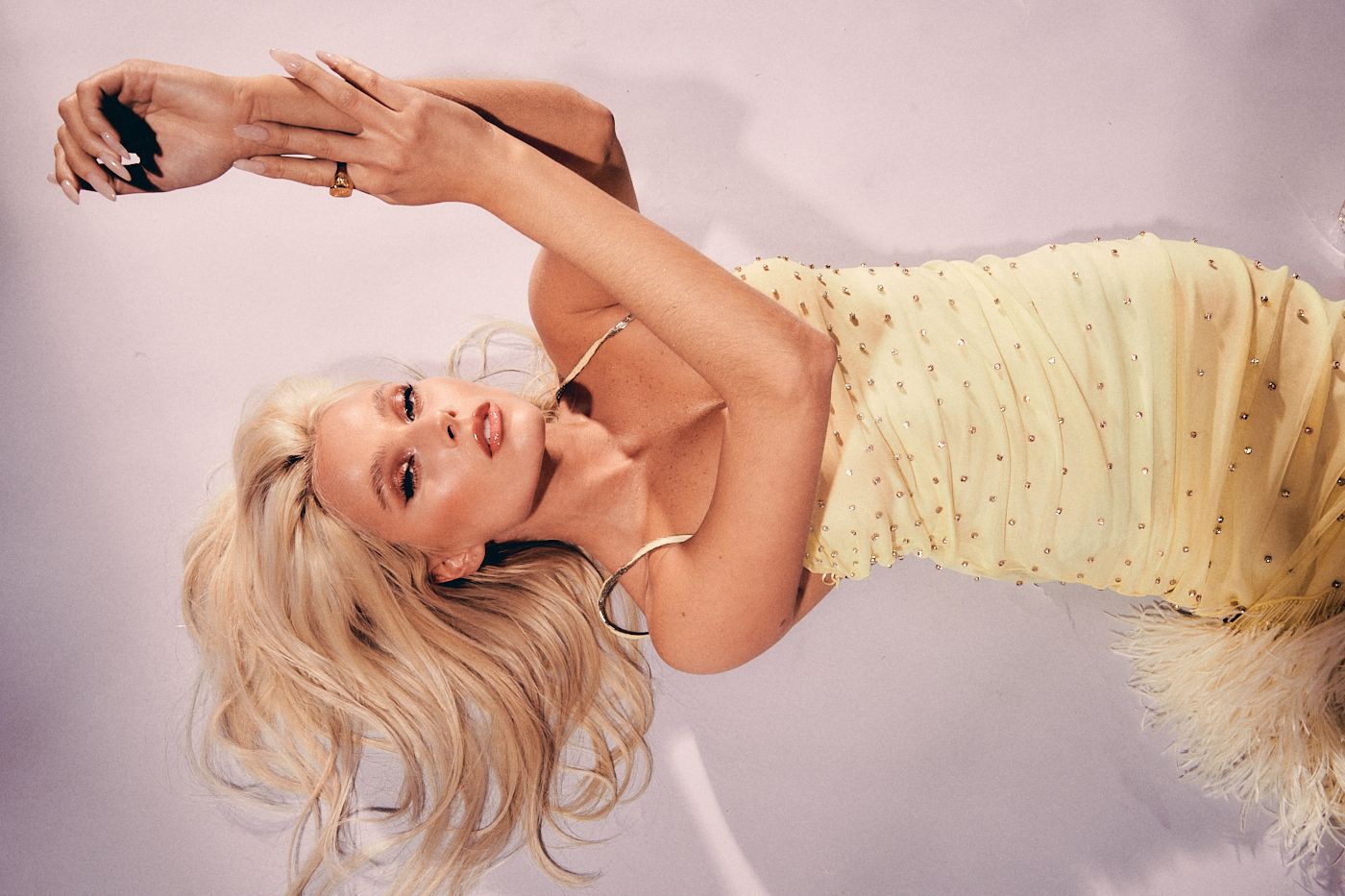 Valentina Zenere has an important message she wants to share with all of us, and you can find it only here on Vanity Teen.

This actress has been a sort of the favorite villainess in the life of many young people due to iconic characters she has had to portray, such as Ámbar Smith in her Disney years or the intrepid Isadora in the latest season of Elite. But Valentina Zenere is not a maleficent person; she is a talented artist with a heart of gold and kind words to everyone.

In this opportunity, she is sharing with all of us her newest musical project: Cero Coma, a song that would make you want to dance and celebrate your force within. So, enjoy this exclusive interview with Valentina Zenere for Vanity Teen.

VT: You started your career when you were a young girl. So, what have you done to balance your role as a public figure and being a person who appreciates privacy and intimacy?

VZ: Indeed, I started working while I was very young, but I never felt like I was someone different or shallow. I never felt like a public figure. It might sound like a fun fact, but when working or filming, I never stopped hanging out with my friends, I used to do the same things they did, but I was just a little more tired than them.

I remember, for example, some Fridays, I went to parties or clubs with them, and I used to fall asleep on my way there. Or, if I was too tired to party, I used to go to the car and sleep a little while waiting for my girlfriends to be ready to back home.

So, practically, I always did the same things, but I was working at the moment, and they weren’t. Sometimes, I was able to go to school in the morning but had to miss the afternoon. Anyways, I always managed to do many things at once, and I have been lucky enough to receive the support of my family, my longtime friends who still are the same, my boyfriend, and everyone close to me.

VT: Thinking about your career thus far, how did playing Ámbar Smith change your life?

VZ: To play Ámbar changed me a lot because working for Disney was like another dream come true. Obviously, those were years of intense work, it was a school in many senses, and I learned so much.

I was lucky to go on tours and do live shows. It was a life-changing experience. We learned a lot, and we won a lot of things; so, living that moment helped me a lot to be prepared for all the things I am living nowadays.

VT: How do you feel knowing that songs you have sung are part of the playlists of many young people who got to know you thanks to your roles in worldwide hit productions?

VZ: Great! Honestly, it makes me really happy because back when I was a kid, I also listened to albums and songs from the shows I watched. So, seeing that now happens with the songs from my shows makes me feel absolutely cheerful.

It is funny, when I was a kid, whenever I heard other artists’ playlists, they were like my idols, and I used to dream about being alongside them. So, knowing people listen to my songs makes me happy and somewhat complete.

VT: Now, let us talk about your more recent projects. You just released your song Cero Coma. What would you like to tell us about this single?

VZ: I’d love to tell you that I am just beginning this musical career as a solo artist. I feel that it was something I had in mind for so long, and now I could find the right moment to go ahead with it, and I found the right people I needed to do so. Mostly, it is that sensation, like beginning again, and I am so happy because with the song, I can show a group of women united and that togetherness is beyond powerful. When women are together, there is power in there.

So, I always thought about the song with that power. When you pay attention to the lyrics, you may find that it is not only a single woman singing it but is like there are many expressing their feelings against that man, and to me, that is an important message.

VT: How would you explain to those who do not speak Spanish the meaning of Cero Coma as slang young people use?

VZ: Cero Coma is an expression that means right now. It is like there is no time to waste, as faster as a snap of your fingers. When you say something like: I need to do this in “cero coma,” it means you have to do that as fast as possible. It is literally zero and a comma. (Laughs).

VT: Cero Coma has allowed you to be part of the creative team and sing your lyrics. Did you come to miss that musical approach with your faithful fans and the new audiences you have reached lately?

VZ: Yes, one of the reasons I am doing this project is because, in the past, every time I did some musical project, it was accompanied by someone else. Whether was with Disney, other bosses, or people who used to tell me how I should get dressed, act, or whatever. So, it was a little imposed and was like me playing a character.

But now, it is time to do it myself: as Valentina. And being involved with the creative process, as you remark so well, is honestly significant to me. Therefore, I hope all of you enjoy it as much as I did, or even a little bit.

Let us treat ourselves with kindness

VT: What can you tell us about your upcoming plans?

VZ: Obviously, I’d love to continue releasing music and continue to know myself better in this musical journey. One of my biggest dreams is to do a live show in which I can analyze the stage, the lightning, the clothing, and everything else.

So, I hope to have a large number of songs to plan such a show.

VT: Let us briefly talk about your participation in Elite. Seeing Isadora deeply moved me because, despite the lush life she lives, she is also dealing with a harsh reality many young people are suffering today. Personally, how was it to you start that dialogue among current youth?

VZ: I think Isadora was a little controversial in many ways. Even though she receives a lot of criticism, you later get to understand her a little better and realize all the things she goes through. She always will set the tone for debates, especially among us, the young people, this new generation that is open the perspectives. And that is fantastic. So, I am feeling quite happy about that.

But, I also feel a tremendous responsibility in telling such a story, and there are many things about Isadora that you have not seen yet but will see soon. So, I am playing this character respectfully, very carefully, and with all my love. However, I feel the duty of being her face and voice, as the voice of many. When I am on set or filming, I think a lot about her situation, about the blessings I have for portraying a role many of us can identify and feel the connection with her.

VT: What message would you like to share with those young people who admire and follow your career but maybe are going through difficult times and do not know what to do?

VZ: I believe that, in general, one of the most important things is spirituality, whether you are having a blast or going through difficult times. Also, therapy, meditating, and connecting to ourselves.

I think that today, we, the young ones, with all the social media, Instagram, and the internet, there are many things that are immediate. And that could be bad, in some aspects, but good in situations like this where we can find positive information right away, learn how to be kind to ourselves, get to know ourselves better, find spirituality, and much more. So we might be a little foolish if we do not pay attention to all that information we have at our disposal that previous generations did not have.

Today people talk a lot about mental health, meditating, eating habits, a plant-based diet, and many other things that help us take care of ourselves. So, I also believe that one important thing we should do is invest in ourselves; if we invest in ourselves, the world might become a better place.

Everything that happens is a lesson to you. So, we should look for the support of our family, friends, and the many professionals around. Let us treat ourselves with kindness; that is truly important.

VZ: You have asked me about everything (laughs).

I want to thank all the people who are always there supporting me. And also, thank those who have been there with me in each little step I take. I always feel happy when I read a positive comment, see your support, and feel your love. So, I will always be grateful for that.

Having this conversation with Valentina Zenere felt like therapy. I mean, she was so open and candid that I could feel she honestly wants the best for those around her and all the people who, just like her, have found inspiration in artists that have become part of our lives. So, I hope we might be able to continue sharing her message of staying together and treating ourselves with kindness.

As she said, in the next season of Elite, we will continue finding out more about Isadora, but while we wait for the new episodes, let us focus on enjoying her music. Cero Coma is available everywhere, and I am pretty sure that if you have not listened to it yet, you will love it and add it to your favorite playlist. Besides, the music video is all about female empowerment and fun.

Let us try to be happy but not at once, at Cero Coma! 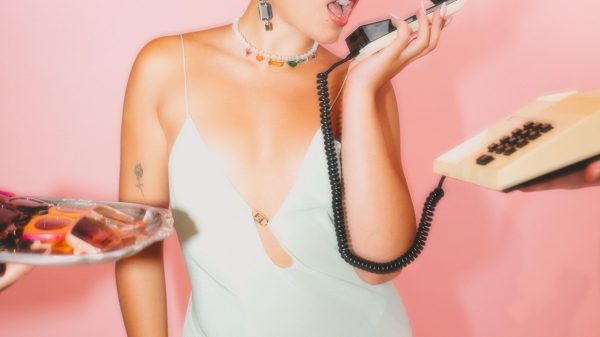 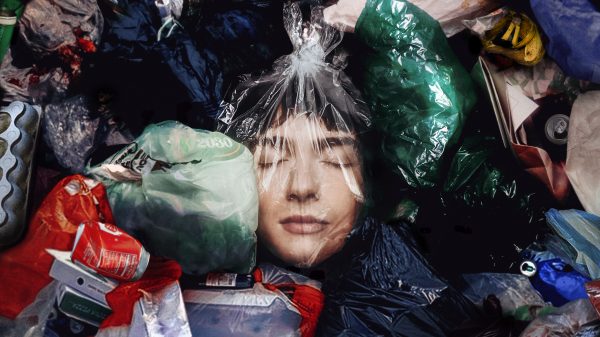 Dylan Fraser is here with 2030 Revolution, an EP full of emotions, great songs, and exciting beats. Therefore, I talked with the Scottish artist...