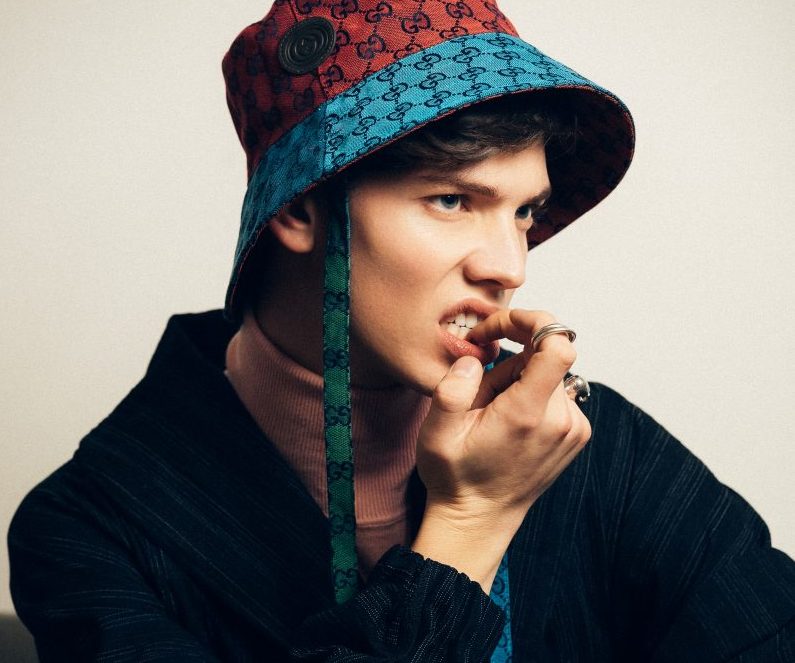 “The Solitary Men” is an exclusive editorial for Vanity Teen by photographer Davide Frandi @dfphoto._ and producer Jessica Lovato @jessicalovato_ featuring model Antonio Tortorella @antoniofrancesco_ at Time Model @timemodelint. A story with a minimalist touch, inspired by the architecture with natural colors of beige, black, and white in combination with the carefree and spontaneous personality and attitude of the model, also mirrored by his natural expressions.

“Minimal Art was the inspiration for this editorial, an artistic
trend characterized by simple and geometric shapes,
combined with a more schoolboy style that goes very well
with the model, but playing with colors such as electric blue,
yellow and fluorescent orange that transform the most casual
look. Clean lines are the quintessence of this style, a current
that still dresses thousands of men and women all over the
world, convinced that substance counts more than
appearance and that a structurally impeccable piece shines
with its own light.” Producer Jessica Lovato commented about the shoot.