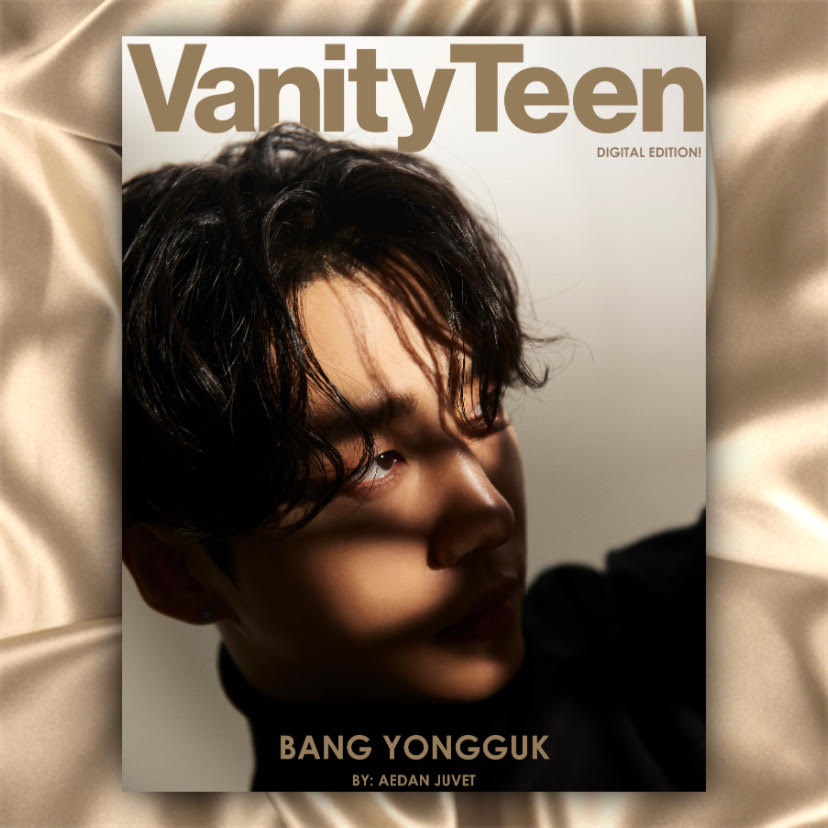 Bang Yongguk (@bangstergram) is without a doubt a sincere legend in music, having spent over a decade of his life contributing to the indescribable evolution of hip-hop in South Korea. Prior to his evolutionary stardom, the 32-year-old performer initially gravitated towards his artistic interests at a young age and the star regularly acknowledges that his childhood musical aspirations went on to fuel his unstoppable commitment to art. In his early 20s, Yongguk would finally see the fruition of his passionate dreams to be a performer – becoming a leading figure in South Korea’s hip-hop scene as a founding member of the group B.A.P for their K-pop spin on hip-hop, with several hits charting and bringing attention to Yongguk’s bold style.

Throughout his B.A.P days, Yongguk garnered solo attention from fans and critics for his unique baritone range, edgier inclinations with fashion, and self-expression through every form of art from music to impactful tattoos. Yongguk’s following years were then spent refining those skills and tapping into his creative drive – with his eventual military enlistment becoming a turning point for someone at a successful crossroads in life.

After completing his two-year service, Yongguk re-entered the music scene with a new perspective that would ultimately change everything by starting his own label and taking full control of his destiny. With his freedom of expression came insightful topics about the importance of mental health and telling nothing but raw stories about his own emotions – which could include a refreshing optimism, or conversely, authentic lows from complex personal experiences.

No matter what the message, Yongguk has humbly become a role model for creatives of all ages, and his musicality is a testament to his timeless wisdom as an industry powerhouse with the purest heart imaginable. As our newest digital cover star, Yongguk opened up about the past, present, and future of his craft.

You’re one of the most influential male artists in the industry and have covered so much ground since debuting back in 2011! When you first set out on this crazy adventure to pursue music, what was your original goal or vision? (and do you feel that’s something that lived up to expectations when/if you attained it?)

Bang Yongguk: I have started a new chapter in life, and I’m living it now. I think in my 20s as a leader of B.A.P, I have already accomplished a lot of what I had dreamed of as a little kid. What still motivates me to make music is the accomplishment of reaching my goals.

As a member of B.A.P and as a soloist, you’ve had a lot of success at getting to develop your own style, while previously giving respect to those who have inspired you. Outside of a strictly-musical appreciation – who are artists you’ve encountered throughout your extensive career that have since influenced you?

Bang Yongguk: I’m not a very social person, so I don’t have many opportunities to be close with other artists. But I always get inspired a lot by listening to many talented artists’ music and stories. I usually share my personal thoughts with rappers Sleepy and DinDin. They’re my closest artist friends who really understand my depressing side.

You’re also a major inspiration to myself and others for vocalizing your experiences with anxiety – and incorporating that into your art, which is a major factor in normalizing important conversations. Is there any advice you might be able to offer other creatives who are hoping to possibly follow your lead?

Bang Yongguk: As a solo artist I can express myself more directly and I feel free by doing so. I hope more people can be honest with their feelings. Also, I want them to know that we all lose courage in life sometimes, but that doesn’t mean losing ourselves entirely. Courage comes and goes in life, so don’t try too hard to chase it. It’s more important to have the courage to not lose yourself.

You’re also one of few artists who can say that they’ve really gone all-in because you’ve taken on a plethora of titles (lyricist, director, producer, etc.). Outside of the recording process, what has been the most fulfilling role you’ve been fortunate enough to tackle?

Bang Yonnguk: Working on my personal documentary, Something To Talk About. There are many documentaries about other artists recently and I heard more big companies are investing in those documentaries. It’s great news, and I hope there are even more great works that can tell the artists’ stories. I participated in my documentary as a film producer and worked for a long time with my staff members. It was especially memorable and fulfilling when the documentary was invited to the international documentary film festival. It made me become more interested in film.

After you completed your military enlistment, you began your own company and once again took on an exciting new challenge! Was that something that you had initially aspired to do, or was this more of an evolving idea throughout your career?

Bang Yongguk: I thought a lot about whether to work with another company or start my own label after completing my military enlistment. My original thought behind making my label was, ‘Let’s go for a hard way when I’m still young.’ I thought I could learn so much more with new experiences. It’d be a lie to say that it’s not difficult. I started a rather small company and there are many things I should take care of myself. But I’m excited for more challenges.

Regarding your new EP 2, it walks a fine line between your love for rock and hip-hop, which feels so true to who you are – and in turn, is a powerful experience for listeners! If you had to choose one of those styles that you’re currently enjoying more at the moment, which would you choose? And what are a few applicable go-to tracks that you regularly turn to?

Bang Yongguk: I’ll always go for hip hop. However, I try to blend more genres into hip hop because I don’t enjoy making similar music constantly. I like that work process too because I enjoy mild stress from putting wild puzzle pieces together in my head. Central Cee is the artist whom I recently enjoyed listening to.

“UP”, both as a song and music video, might be some of your best, and most confident work to date! What would you say is likely the overall thematic core of 2 and your newest single?

Bang Yongguk: I would say it is ‘Another me.’ I think it pierces through both the album’s overall motto and the inner world of a man in love from the track ‘UP.’ I’m generally kind, but sometimes I can be the worst person.

In the music video, there are a lot of impeccable images and artistic shots to appreciate as well! Because of all of its technical components and very specific lighting – how did the process of “UP” compare to your previous video shoots?

Bang Yongguk: For a music video, there’s usually a process of deciding the synopsis based on a song’s theme and concept. I actually enjoy the stress of leading that process. Working on something with so many people is harder than anyone can think because each person has his or her own opinion. I think I should really be the center point at that time. For ‘Up’, I focused on representing the characters as desiring human feelings and cells rather than actual human characters. That was the main point of this song.

Considering your love for incredible tattoos, do you have any plans to expand your current body art? And if so, are there any top contenders that you’ve put thought into?

Bang Yongguk: A tattoo is an outlet of feelings for me, so I usually don’t get tattoos unless I personally feel something very big. That includes changes in thoughts, sadness, rage, something to remember, and so on. If I get another tattoo, it usually doesn’t mean a good thing on my personal level. For me, a new tattoo can mean a new start to tighten myself and move forward. I wonder when I’ll get a new tattoo. When will be the next inflection point in my life?

Finally, is there something that you can share with your fans and Vanity Teen readers about what might come next for the always incredible Bang Yongguk?

Bang Yongguk: I hope you keep watching and supporting my label CONSENT and Bang Yongguk. I’ll always be on stage, and I hope to continue communicating with you there. I’m only saying these through words now, but hopefully, I can talk to you soon with my real voice.

In this article:bang yongguk, exclusive, k-pop