Skating with the boys by Alexis 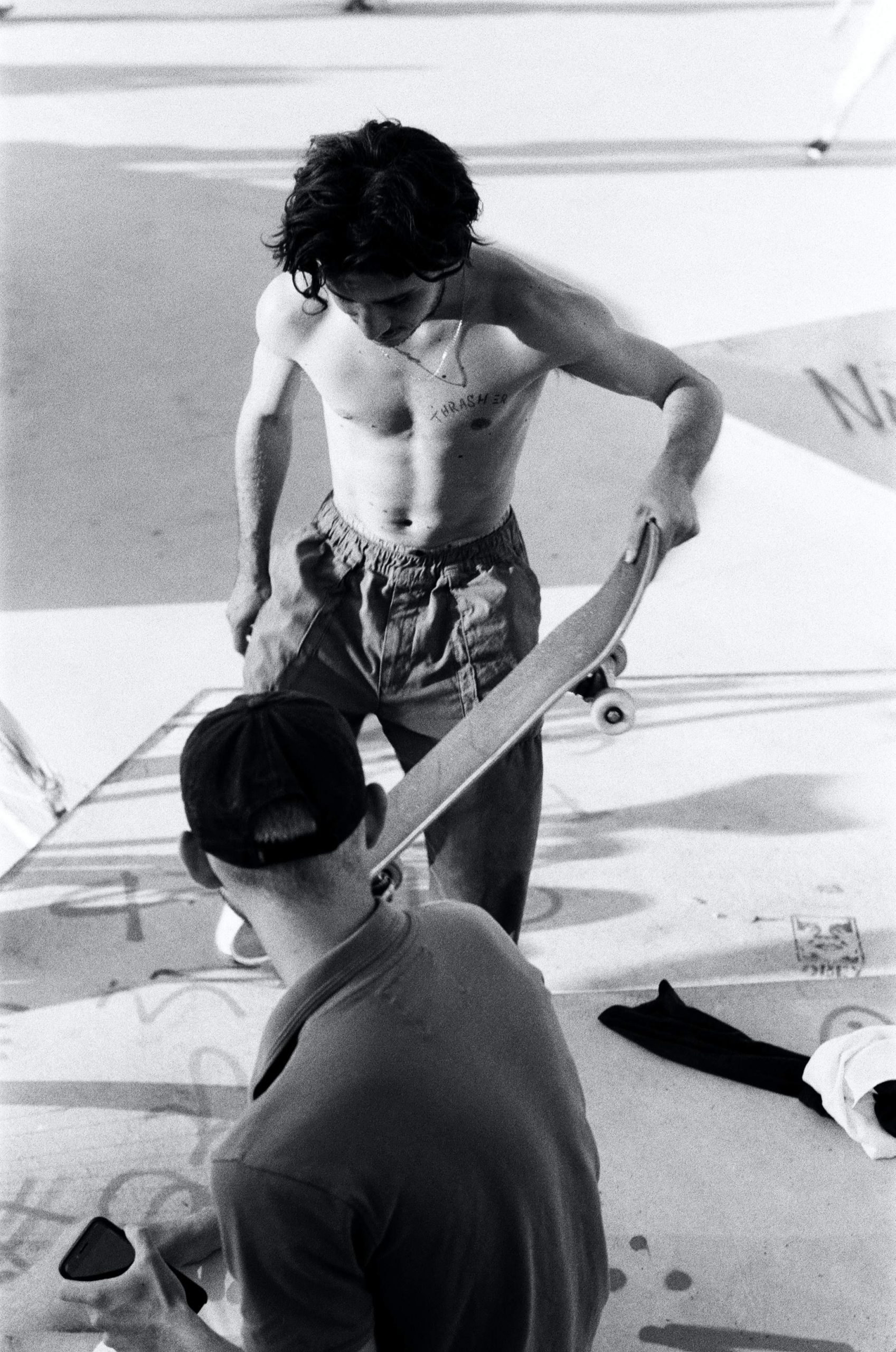 “The first time I took pictures at the skatepark was pretty much the first time I ever passed by one at all. I had recently moved from Paris to Reims to teach and finish my dissertation while picking up on analog photography in my free time. I was remarkably ignorant of the universe that surrounds skating, and still am to a large extent. Apart from Larry Clark’s pictures and films, which were representations of skate, I had no concrete connection to the practice itself. But I had a camera and lived some ten minutes away from the place which happened to be in a park where my walks often took me.”

“The concrete curves of the bowl immediately reminded me of the old Maginot line fortresses from World War Two that circle the northeast of France where I am from. It was amusing to think that the purpose to make shells bounce off and that of making skaters slide could bring about such a similar results. But while the concrete soldiers (that’s what they were called in French) of the past served and sometimes died for the sake of duty, the recruits this place rallied only bore suffering for the sake of pleasure and distraction.”

“Despite its strangeness, I quickly realized how much the skatepark fits the way I take pictures. I rarely take people without their knowledge. I need a connection. And skaters were used to meeting new people there, so it was fairly easy to ask them if they wanted to be photographed. And since they formed a sort of group, any interaction with a particular individual established a relationship with everyone else. Since I enjoyed their company, I started going there quite regularly to take pictures. Sometimes because I asked them, sometimes because they asked me.”

“Reims is quite windy which is why it often has a clear sky in the summer. Under the sun, the type of concrete used in skateparks reflected light in a particular way which gave the background of my pictures a sort of neutral but luminous texture which I really liked. It almost felt like a grey sheet I would have hung behind my subject in a studio. With the help of that texture, the raw simplicity of the place, made of curves and sharp angles, allowed for simple compositions which really helped the subject to stand out. The more I came the happier I was with how I managed to fit the ceaseless movement that characterizes the skatepark into the more static forms which I usually like in pictures.”

“Skaters do have aesthetic preferences. They usually like videos because it can show them actually landing their tricks (which is a big deal for them), or the many failed attempts before they do. In terms of photos, they often showed me ones that they felt better matched their style: roughed up pictures with scratches and grain sometimes taken through a fisheye lens to stress movement. In that sense, I wasn’t exactly bringing them what they were spontaneously looking for.”

“But no matter how alien your point of view on skate is, as an object, it resists perspective and feels very coherent. I wasn’t merely creating images on my own. By its tireless repetitions, it coherence in style, it had shaped a set of characters and bodies that together formed a sort of tribe whose lifestyle could be documented. Here are pictures of Pierre (the first skater I took pictures with), Maxime, Adrien and Baptiste which are the product of this work.” 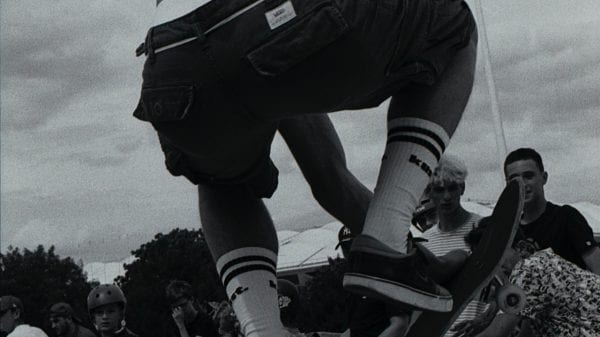 ‘Soldiers Without a Flag’ by Alexis