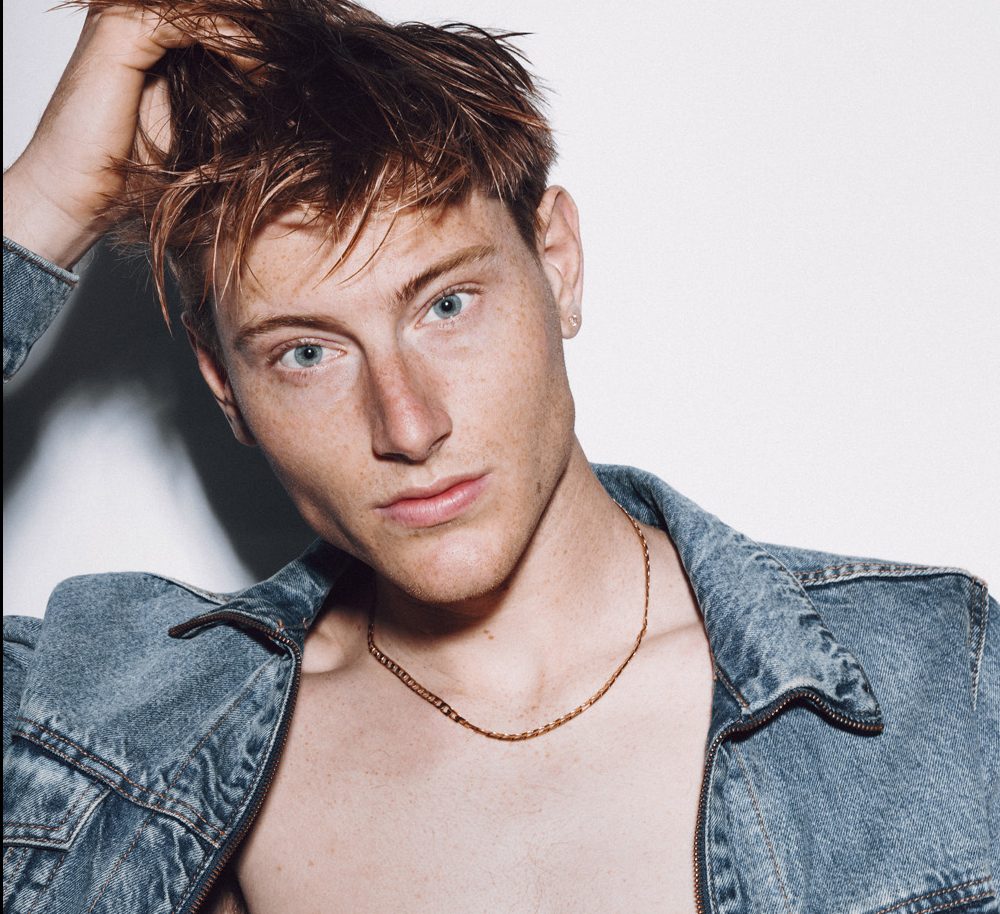 The photographer was inspired by the model’s beauty, and he really wanted to capture his youthfulness and freshness, not really giving that much importance to the clothing but focusing more on his face. He totally achieved that, creating a very cool fashion editorial with the essence of Vanity Teen: new fresh faces, the good and simple texture of jeans and very simple but sexy styling.

This editorial was created with a Canon R5 with 24-105 lens, and the photographer used two different lights setups, one with frontal direct flash and another one with difused light and everything was created at the photographer’s house studio. Firstly, he wanted to have 50% in studio and 50% outside with natural light but the weather was bad so he had to do it all in studio. Therefore, he needed to change a bit a few looks but the mood was kept the
same, all about his face and not really about the clothes, they are there just as a complement to the model.

The model is wearing both his own clothes and some of the photogrpaher’s that he has been thrifting and buying for a few years to have in the studio. There are some products from well-known brands like Pull&Bear av nd Zara, and some unknown clothes from thriftshops. Sebastian Stagnetto was super great during the photoshoot. “I got super confident vibes from him, he was really confortable. I remember telling him that for a newface model he had great moves and angles and he knew himself and what worked. He’s a really cool guy!” says the photographer.