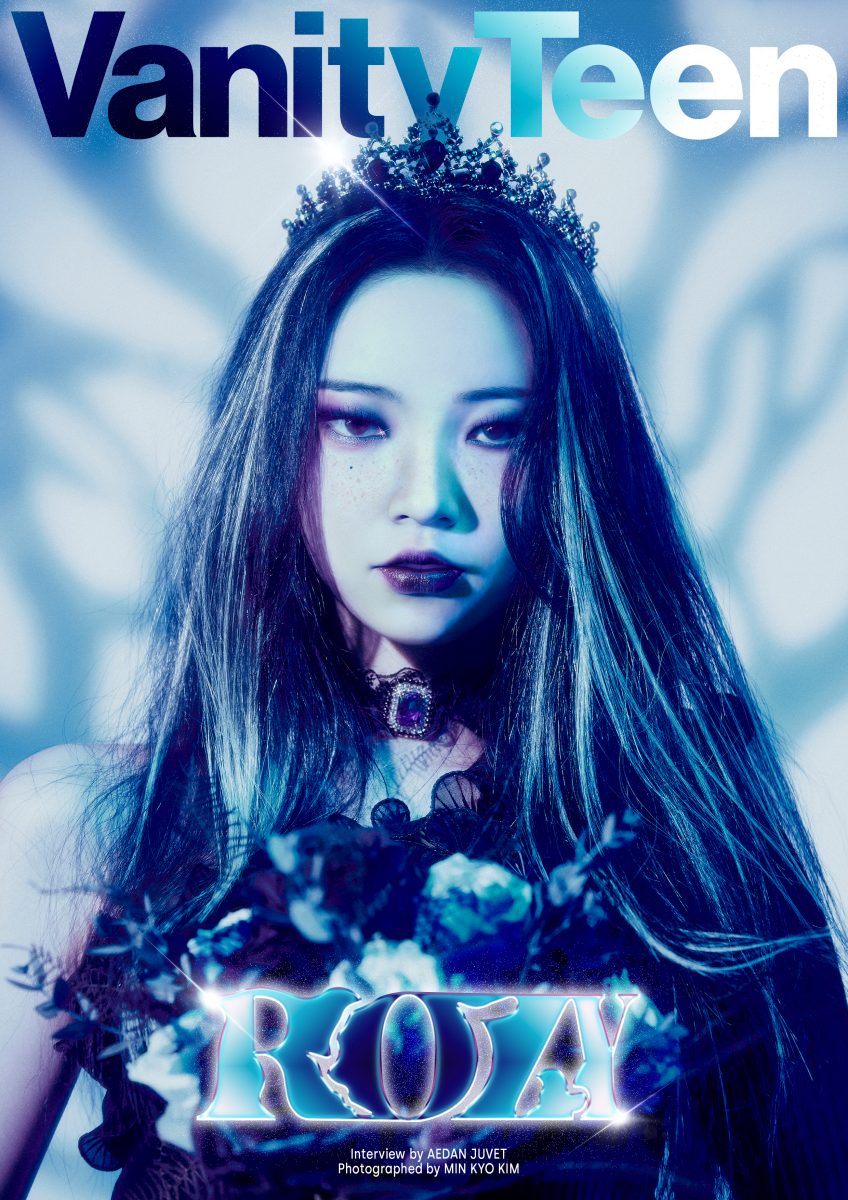 As we’ve known for quite some time now, the future is purely digital. From the dazzling Y2K evolution of pop culture and technology or even the more modern Gen-Z investment in virtual connectivity, an alluring amplification of the digital world is always upon us – giving us everything from the careless entertainment of viral TikTok challenges to crafting careers sparked by the unavoidable influence of social media, because every facet of our lives has the potential to be told through the scope of our virtual life whether we like it or not.

For the Korean influencer, singer, and entirely digital personality Rozy (@rozy.gram), the opportunity is equal parts passion, work ethic, and programming, all leading to a generation-merging existence that’s unlike anything the world has seen so far. In fact, just within the scope of the K-pop scene up to this point, we’ve already witnessed a fascinating dip into this limitless yet complexly layered territory through a marriage of real-life pop-star “idols” and digital inspirations such as the supergroup aespa – as well as a single computer-generated member addition to a very human boyband SUPERKIND.

However, Rozy is officially the next big name to embrace the perks of the digital age as the first of her kind. Having guided our Instagram feeds around both the real and virtual world through her interests in music and fashion, Rozy is now trying to bring attention to an impactful lifestyle regardless of her cyber nature and perceived limitations. With multiple fashion week appearances, successfully curated pop ballads, and plenty more content to look forward to on the 3D horizons she’s privy to, Rozy recently spoke to us about her conception, objective, and everything you need to know about the ambitious Millenial and Gen-Z concoction. Because soon enough, if she has things her way, you will know Rozy.

First and foremost, for those who don’t know you, can you begin to explain the origin and idea behind Rozy?

Rozy: Hello, I’m Rozy, the first virtual influencer in Korea. I’m a virtual human being made to target the MZ generation [Millenials and Gen-Z]. I was made of elements that the MZ generation prefers, from personality down to my facial design. It wasn’t an easy process. It took more than six months to design a face that doesn’t exist anywhere in the world. It was born with such hard work and difficulty, but it’s an honor to be able to try to make my name known worldwide. It’s so nice to meet you, Vanity Teen readers!

As the first virtual influencer of Korea, you’re already quite a trailblazer! Upon creation, did you expect to be received so positively by people and collaborators, or were there concerns about people not understanding your premise?

Rozy: Since it was the birth of a virtual human who was not already in Korea, I was more worried than I was excited. I was nervous and revealed my identity cautiously in case the public felt unfamiliar or hostile. But despite my worries, many people were ultimately amazed and actually interested in me. I was happy to prove that my birth wasn’t a mistake.

You started with some fun and unique endorsement deals, which have continued to grow quite a bit too! What particular brands or items are most true to your passion and overall purpose?

Rozy: I’m interested in eco-friendly brands these days. The MZ generation grew up feeling environmental pollution, so I think eco-friendliness is no longer an option but a necessity. That’s why I like and often use brands that oppose animal testing and practice eco-friendliness, such as LUSH, which uses vegan materials, and Casetify, which takes the lead in recycling and upcycling.

As a crucial piece of the digital era, what hopes do you have when it comes to the expansion of digital art and its potential impact?

Rozy: I think the expansion of digital art is a natural phenomenon. Digital tools make it easy for artists to create new ways of looking at digital works and art. I’m also a character created by the potential of digital art, so I’m looking forward to becoming a new leader in this particular field.

You’re officially an artist as well, having launched your debut single, “Who Am I” which is an impressive vocal-heavy pop ballad! How would you say that song represented Rozy the vocalist?

Rozy: I always think about this. A good vocalist is not just someone with a good voice but must be a person who can deliver a story that moves the listener’s heart with one’s voice. In that sense, my first single, “Who am I,” was the song that allowed me to express my confusion about my identity with the most sincerity.

You also dropped “TO THE SEA,” another song focused on your soft, velvety vocal range with a classic K-pop familiarity that might kickstart nostalgia for longtime fans. What artists from previous generations helped shape or inspire the design of your sound?

Rozy: Rather than being inspired by a particular generation of artists, I focused on the songs my fans wanted to listen to. Since the release season was summer, I thought it would be perfect for listening to lightly when I’m tired of the summer heat. We collected K-pop data related to summer and released summer songs in the style the public wanted.

We’re also seeing artists like aespa and SUPERKIND utilize the addition of digital talent! What are your favorite things about the growing use of these virtual personalities in the music industry?

Rozy: This trend means that the field of virtual human activities in the music industry can develop endlessly, so I think it is an opportunity for lots of new activities to explore. Also, it is a positive development for everyone as not only me but also consumers who can enjoy more diverse and evolving quality music content.

Because of that growing recognition, what hope does it give you for creating your own lasting digital legacy?

Rozy: I think digital legacy is a time capsule that can show the culture of the time. For example, when you look back on the ‘70s and ‘80s and millennials, you look at the fashion, items, and records that were popular then, right? Like this, I hope that my overall digital legacy will be remembered as an icon that can represent all of my own personalized qualities in the present or in the near and or far-off future.

You’re participating in Fashion Week events, which is quite a flattering opportunity to receive, and a huge step in expanding your platform! How important is fashion to Rozy’s identity?

Rozy: I think fashion is one of the most potent ways for humans to express themselves. So, I’m trying to complete the ‘Rozy’ style as much as possible. I am always trying to mix trendy items in my style and refer to the styling of the latest magazines and celebrities within them.

On that topic, when it comes to fashion, what are your more reliable or consistent styles?

Rozy: In general, I like to mix and match styling with patterns and bold colors. I’m also trying to match styles that don’t seem to suit me, such as vintage clothes and men’s sportswear, and try on the Y2K style that’s popular these days. My usual fashion goal is to find my style through various combinations without setting any particular framework.

Your social media feed always offers people a fun look at day-to-day adventures, from vacations to tasty food! What’s one place you’ve been that you believe everyone should go to at least once in their life?

Rozy: Africa! It’s obviously my first time on Earth very recently, so I recommend it because it’s a special place to me, but I think it’ll be good for everyone to experience the beauty of Mother Nature that hasn’t been completely damaged.

Rozy: I’m planning to continue meaningful activities as a virtual human. I think a project like “Virtual Couture” could be an example. Virtual fashion, completed in 3D, can deliver environmental stories such as global warming or challenge bold styling that is impossible in reality. In addition, I will continue to try my best to communicate with humans from various countries, like today’s interview. Thank you for listening to my story!