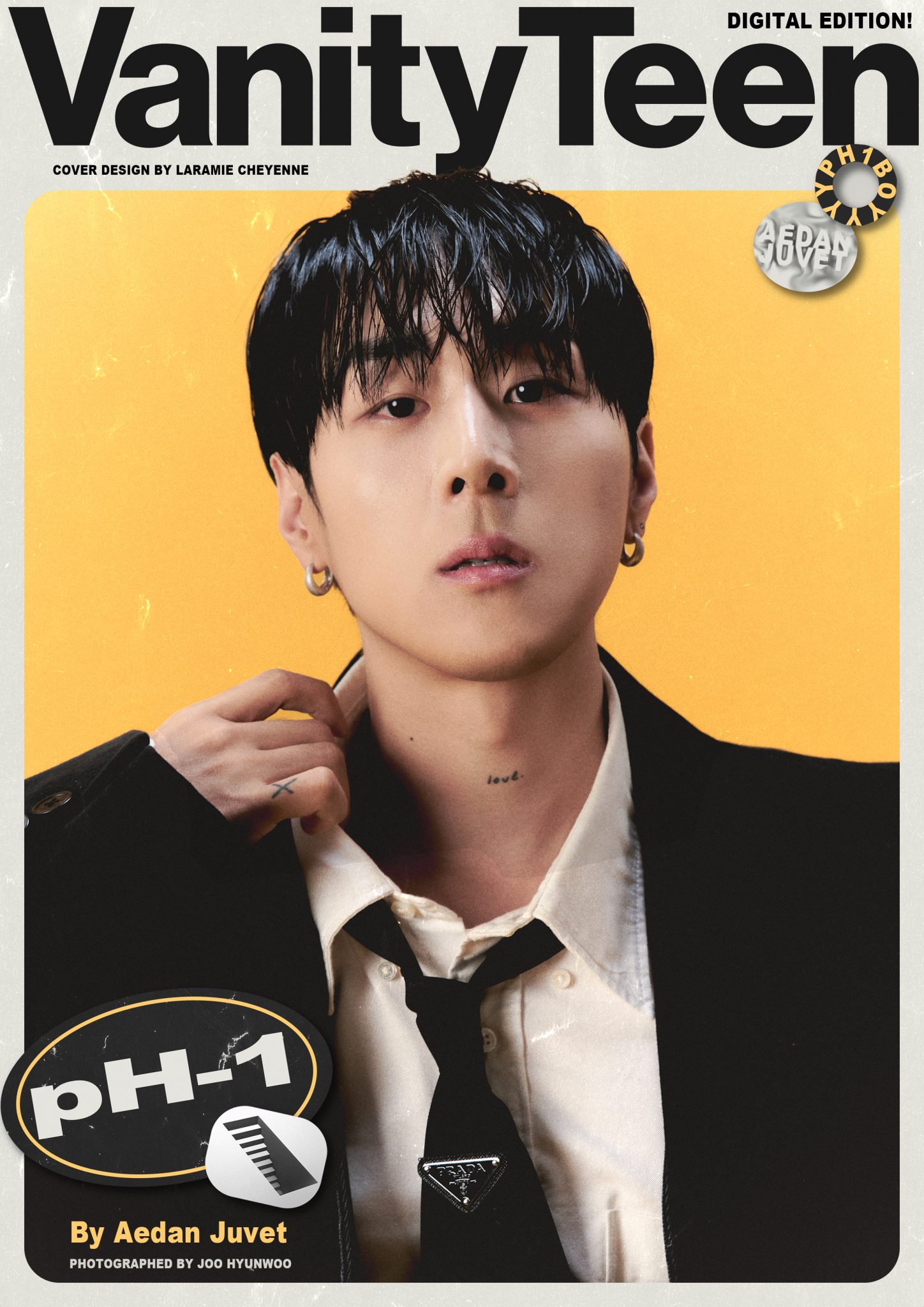 When it comes to the swiftly evolving hip-hop scene in South Korea, Korean-American rapper pH-1 (@ph1boyyy) is an influential star in every capacity. In fact, at only 33, he’s an artist that’s actively sought out by fellow industry titans and next-gen talent for several substantial features to date — with the honorable intention of taking an artist’s music to brand new heights.

Though make no mistake, pH-1 has plenty of original solo work in the chamber and is ready to fire via his ambitious new solo album [BUT FOR NOW LEAVE ME ALONE], so needless to say, 2022 is looking like it’s sure to be an unforgettable year for the creative mastermind.

Upon discovering just one of his songs from a rather compelling discography, listeners are prone to encounter his own raw experiences that are masterfully funneled into his music — shaping a personal goal to consistently bring messages of positivity to rap and rewrite some of the expectations associated with a lifestyle that’s presumed to be focused on the prospect of wealth, popularity, or ego. Though his vast talent surely allows him to cover anything (including the aforementioned lighter details and bragging rights) pH-1 has gone through his own hardships and struggles associated with pursuing art, which has undoubtedly led to the beginning of a very honest and fruitful career.

On his journey so far, pH-1 has participated in high-stakes competitive series for respected talent, became a reliable mentor to aspiring rappers, earned himself Melon Music Award nominations, and even managed to nab his first big win for Music Video of the Year at the Korean Hip-hop Awards in 2021, cementing the idea that he’s fueled by passion and is unequivocally here to stay.

Ahead of dropping the powerhouse project [BUT FOR NOW LEAVE ME ALONE], we had the honor of speaking to one of the most prominent rappers South Korea has to offer — from the impact of his upbringing to collaborators, new music, fashion, and more.

You’ve been in the industry for six years now, but you’re actually pretty well-versed in other job industries too! When you were on those other paths, was creating music something that’s always at the forefront of your mind?

pH-1: Yes, more definitely. Music has always been the biggest passion of mine, and me having other jobs was just a realistic decision.

You were born in Korea but spent some of your youth in New York, so one would assume that you were probably able to experience two very different cultures pretty early on in life! How would you say your time living in New York shaped your interest in music, if at all?

pH-1: I’d say my time in NY has definitely shaped my taste in music. Even though they say music is universal, there are so many differences in melodic choices, vocal techniques, diction, rhythm, and lyrics between various cultures. I grew up mainly listening to Hip-hop, R&B, Pop, and Alternative Rock, so I feel like my music now has bits of these elements fused together.

During that pre-music time, one would assume you developed a lot of unexpectedly helpful skills! Have you been able to apply any knowledge from other jobs to your career as a musician?

pH-1: I don’t think my experiences as a dental assistant have any benefit to my music career [laughs]. But the time I spent as a web developer has helped me understand how streaming and social network apps work. It’s easy for me to understand and take advantage of how algorithms work to gain a larger influx of new listeners. Also, I’d say I’m a pretty professional artist because I used to work at companies completing tasks on deadlines.

You then made your first major move in 2016 when you signed to H1GHR MUSIC, and to be recognized like that by an industry-heavy-hitter must be pretty humbling! What were those first few transitional months like adjusting to studio time, collaborative processes, etc.?

pH-1: Surprisingly nothing was really different. I still made music at home, wasn’t really booked shows, and had lots of time on my hands. But I was able to meet many talented artists and creatives in the industry, so I slowly networked and learned the ins and outs of the field. I just kept working hard, grew steadily, and believed someday I would have my breakthrough.

Over time you’ve taken your skills a long way and have been both a participant in a competition series as well as a mentor – so which would you say is more difficult? Being the competing artist or the person guiding aspiring creatives?

pH-1: Being the competing artist was far more difficult. It was more nerve-wracking knowing I had to show and prove myself in front of all my peer rappers and everyone that will be watching the show on TV.

I have to say that something that I admire about your discography is that it plays out like a pristine playlist without any weak points! What usually sparks a song idea for you, and how long from that point does it take for you to complete a track to your liking?

pH-1: When I come across a fire beat, ideas come flooding through my head. It doesn’t take much time after that. I’m usually quite fast when writing a song.

“MR. BAD” is another example of that pH-1 perfection and has such a hypnotic groove to it. Was there a specific reason you chose this track as a precursor to your upcoming album?

pH-1: People generally see me as a very positive and bright person, which is just not true. I wanted to break that image, so I chose a track that has a bit of provocativeness but still represents my style and flavor.

Over time you’ve been able to partner up with so many talented artists and producers, with one of my personal favorites being “Malibu.” What’s something that you look for, or hope to find in a potential collaborator?

pH-1: When writing a song, I always look for what the song needs rather than who I want to work with. If I believe the song needs a certain mood or sound, I try to look for an artist that emits that energy because, for me, making a well-balanced song is more important.

You have an upcoming album you’re working on that gives you a little more freedom to explore as an artist! What has been the biggest takeaway from this current period of time for you?

pH-1: I just want to make sure people see what type of music I make. I tried my best to ignore realistic factors like, “Would this album be commercially successful?”. My new album will show you just what type of sound I’m into at this point in life.

Beyond the album, what other projects or new passions are you most looking forward to pursuing for the remainder of the year?

pH-1: I am interested in fashion. Not sure if it will shape into anything, but I definitely enjoy shopping and learning about fashion trends.

Check out pH-1’s new album, and the music video for his single “MR BAD” included above!