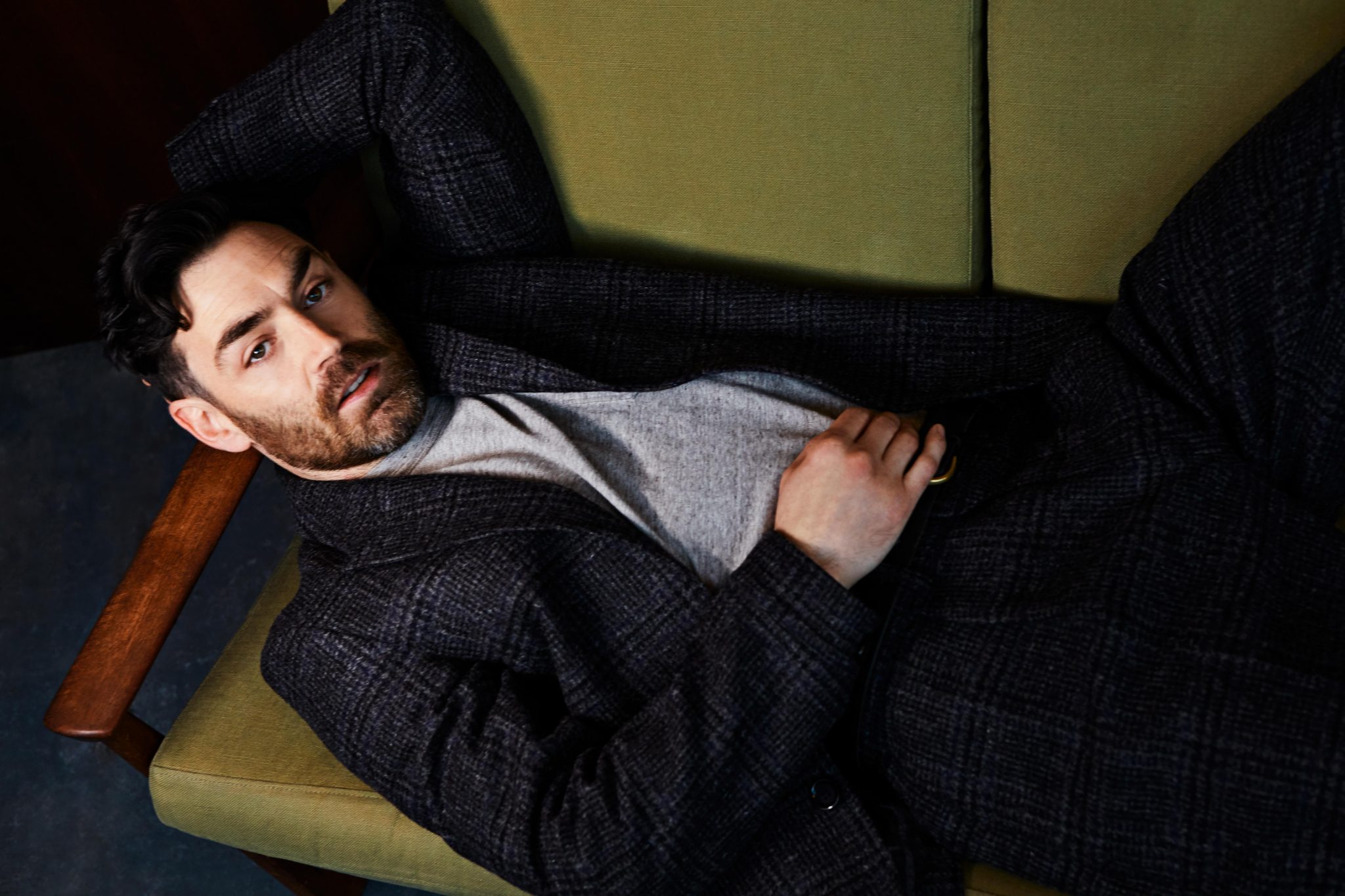 Matthew McNulty is one of those British actors we feel cannot help but deeply estimate. He has more than 20 years of experience, and his eyes can transmit a range of emotions that go from joyful kindness to ruthless cruelty, and we love all of his facets.

Recent projects like the captivating thriller The Rising and upcoming movies have kept him busy. But, we were lucky enough to have this conversation to talk about his career, about the famous historical drama Domina, and he also let us know which part of his life feels pretty much like self-indulgence.

So, we invite you to keep reading this article and enjoy this interview with the iconic Matthew McNulty exclusively for Vanity Teen.

VT: What is the thing you cherish the most about your profession?

MMN: It’s a profession like no other where you get to learn so much through the collective minds of so many seriously talented and intelligent people about stuff as big as historical societies, civilizations, relationships, and things as insular and personal as an individual’s most intimate moments in their life.

I cherish the window into humanity that my profession provides and the opportunity it gives me to explore people and places I never would in real life.

VT: In your career, you have portrayed many characters, including true-life people. One of the ones I always remember is when you embodied the incomparable Luis Buñuel in the film Little Ashes alongside Robert Pattinson and Javier Beltrán. So what are your memories about this role and the movie?

MMN: My first memory of that was the shock of the Spanish costume department when they first saw me, a quietly spoken, pasty white kid from Manchester, coming to play this physically imposing force of nature whom many in the industry there recognize as a true legend.

Suffice to say that I didn’t match up to their image of him. From the first moment, I knew I had a job: winning them round. I loved that challenge, and I hoped, by the end, everyone could see the spirit of Buñuel in my performance. The whole film was such a romantic experience retracing the steps of these truly remarkable artists with such talented artists themselves in Rob, Javier, and Marina Gatell.

Living with Rob in Barcelona for six weeks now just seems like a distant memory, but what a lovely guy to spend time with. We had so much fun. I love seeing him smash it as Batman. I knew then he was destined for great things.

VT: Domina is another of your projects based on historical characters, and the show has been well-received. Therefore, how would you describe the experience of being part of this TV show?

MMN: Unreal! I’m playing one of the most influential and awe-inspiring leaders in the history of civilization; it’s a role with so many facets that I really get to play around with voice, physicality, and influence in ways that you just don’t get to experience in real life.

The storylines are so intricately woven by Simon Burke, the showrunner, that I get really excited when a new script comes in because, although the historical reference points are there, the journey to each point comes mainly from his imagination. Add to that the joy of shooting in one of the most beautiful cities in the world and one of the most famous film studios in Cinnicita, and the best way I can describe the experience is it’s living the dream.

VT: Among your more recent projects, The Rising is a TV show that seems pretty exciting and full of drama and plot twists. What can you share about it?

MMN: It is a unique take of the body in the lake whodunnit, where the victim investigates her own murder. It gives urgency and anger to the victim. What I love most about it, though, is the way it skillfully fuses different genres to have a really wide appeal.

You have the supernatural element that gives it a haunting and mortal unease, but it has the intrigue and thrill of a dangerous investigation. It’s an incredibly stylish show that has its own very unique palette, making some parts of England look so cinematic for a TV show. It is hard to imagine we were there filming.

VT: Also, in 2022 you are part of two other productions: the mini-series Anne and the animated feature Banking on Mr. Toad. What would you like to say about these projects?

MMN: Anne was a heart-breaking and important story that needed to be told about the lack of justice for the 97 victims of the Hillsborough disaster. I was just glad to play a small part in the production.

Sometimes, you feel privileged in our job because you get access to some phenomenally strong and amazing people. Anne Williams is one of those, and I’m glad more people got a window into her relentless campaign for justice. It opened the narrative for that whole disaster, so we were able to see the truth behind the appalling headlines and lies that have been perpetuated over the years.

VT: What else do you plan for the future?

MMN: I’ve just finished shooting on The Greatest Days, a film version of the Take That musical which was so much fun! I got to sing and dance and smile, three things that have been a rarity in my career so far. It’s a whole new experience for me shooting a musical, but I loved it and would love to do it again. Look out for a white top and tails and a pink sequinned hat.

VT: Besides acting, which other passions do you have?

MMN: I love any sports, particularly individual sports. I have so much respect for the discipline, determination, skill, and dedication it takes to be a sports star.

I particularly like boxing and football because, when I was younger, that was kind of all I had access to, and they’re great ways for talented individuals to raise themselves from difficult lives and backgrounds. That goes for less physical sports like snooker and darts too. Anything accessible with competition and respect is what I love.

VT: What do you do when you need time for yourself and some peace of mind?

MMN: I spend a lot of my spare time learning Italian, which goes with the job I do in Domina. I’m a long way off being a confident speaker, but I’m now at a point where I can kind of understand people if they speak very slowly. Hopefully, by Domina season 3, I’ll be fluent!

Otherwise, I’m not very good at me time or relaxing. I always feel there is something to be done. I do try to write, but I’m also not very good at sitting in one place for too long, so I struggle with that discipline. Luckily, I do a job I love. So, I don’t really need time for myself because when I’m working, it feels like self-indulgence.

VT: Which message would you like to share with those who find comfort and inspiration in films and TV, especially in your projects?

MMN: Films and TV shows can be your best mate or your worst enemy, but as long as they make you feel something, I love that; if you’re not feeling anything, then maybe take a break from it and get outside. I really appreciate anyone who makes an effort to watch stuff I’ve worked on.

We’re lucky that we get feedback on our work and whether it’s good or bad, you can take positives from anything. If you take any inspiration from projects that I’ve been lucky enough to work on, then just know that it’s the combination of a lot of talented people working hard together. And, when you do things together, anything is possible. Actors are the tip of the iceberg, the vessels for other people’s talent, that goes the other way too; so, if you think we’re rubbish, equally not our fault!

Matthew McNulty shows us that it is OK to try different things before finding out the one thing that will make you feel like you are not working because it will be what you love and enjoy doing. So, I invite you to chin up if you are still looking for that activity or occupation that suits you better. But keep in mind what Matthew McNulty also let us know: Succeeding in life is never due to the job of an isolated person. Therefore, we should appreciate and recognize those around us working hard, even if they are behind the curtains.

You can stream The Rising right now to find out what the new approaches to mystery thrillers are like nowadays. And, be sure, there is much more of Matthew McNulty coming on the way. So, stay tuned.

In this article:actor, Matthew McNulty 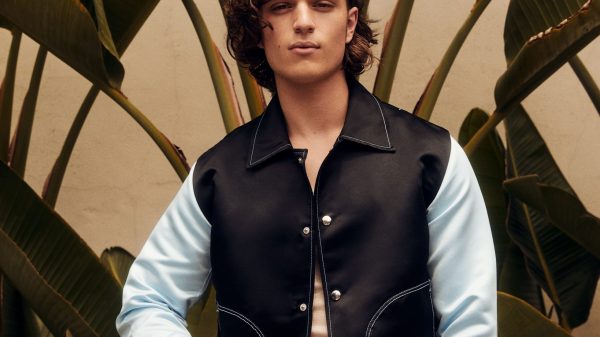 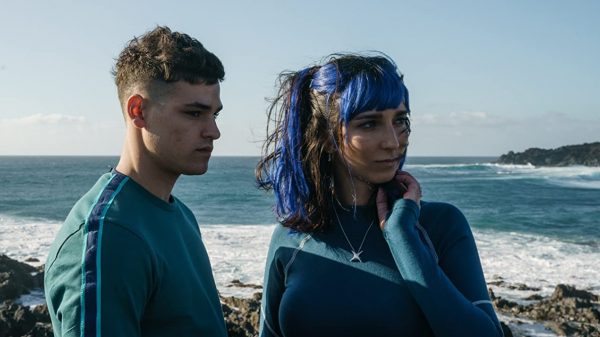 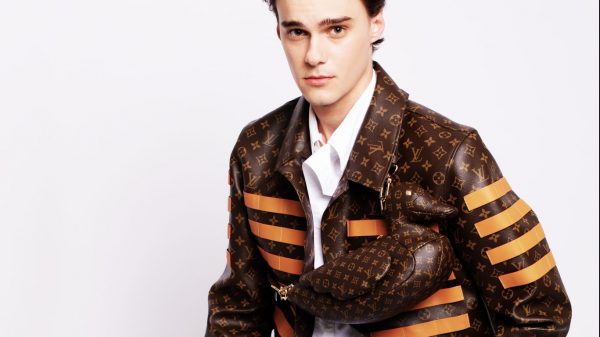