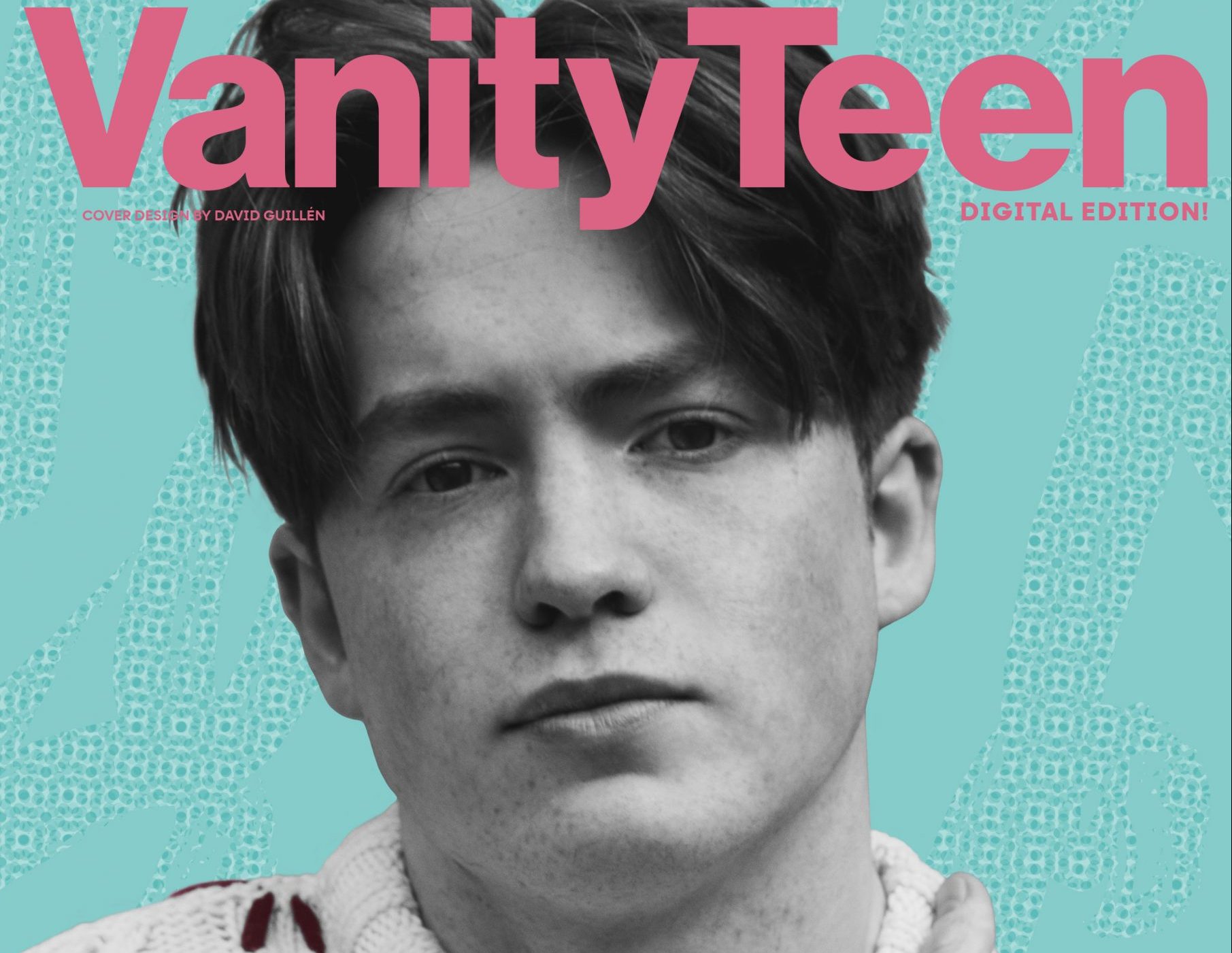 Kit Connor is a young but experienced actor who has been part of successful films like Rocketman or popular TV shows like His Dark Materials. However, this year, thanks to the Netflix adaptation of Heartstopper, the graphic novel series by Alice Oseman, he just became a heartening fresh face for many teens who have been struggling with identity issues, self-love, acceptance, and underrepresentation.

Since its release, Heartstopper has become a hit worldwide. This show is a triumph among critics and audiences. But, as you are about to read, according to Kit Connor, what he cherishes the most about this Netflix series is the optimistic and truthful portrayal of the current youth, the diversities of this generation, and the love we can find when we are honest to what we are and how we feel.

That is why, on Vanity Teen, we are honestly excited to share with you this exclusive interview with Kit Connor in which he opes up about Heartstopper, his life, and his career.

Such a great experience

VT: Professionally, you began your career at a very young age. Do you remember how those early experiences were?

KC: I started acting at age seven or eight years old and got my own TV show at eight and my first film at nine. At that age, it was really a bit of fun and just really enjoyable.

I remember just being so excited, meeting new people and meeting people I’d seen on the TV or in films. I think at that age, in my experience, I didn’t have to be that experienced as an actor; I just had to kind of sit there and look cute, and that was quite enjoyable for me.

I’ve been extremely privileged and had such a fun upbringing as a child actor. I think it’s really helped me progress as an actor overall as you begin to learn from other actors in the industry, and it’s a great way to educate yourself as an actor.

VT: In 2019 you had the opportunity to portray a young version of Sir Elton John in the successful film Rocketman. How do you feel about that acting opportunity?

I think Rocketman was a real pleasure for me to be able to play that role. It was such a wonderful job, and I met so many great people.

I think I owe a lot of things in my career to that role, and I think my role in Heartstopper definitely has something to do with my role in Rocketman as it put me on a slightly bigger stage for people to see and the Rocketman fans are a wonderful fanbase; as are the Heartstopper fans.

VT: You have also done some voice-over acting, and one of your most famous roles has been as Pantalaimon in the popular TV series His Dark Materials. So what can you tell us about your character on that show and the upcoming season?

KC: Doing His Dark Materials has been such a great experience. I’ve been doing it for several years now, and you can even hear the progression in my voice; it’s got lower and lower over the years. It’s one of the most interesting experiences of my career. Since when you’re doing a TV show, it’s harder to enjoy it as an audience member as you’ve seen it all before and you’ve been there on set.

A lot of the time, when I’m doing a voice recording, I’m getting flickers of the show but not the show as a whole. I think that’s a great experience for me as I enjoy it as a viewer and get to experience these brilliant performances and amazing VFX.

I get to watch the story as a whole, and I think the show is great, and I’m really happy to be a part of it. The next season is really exciting. Everything that I’ve seen and all the clips that I’ve seen from it have been so dramatic and exciting, it really does look like such a spectacle, and I can’t wait to watch it myself and see it. I was able to visit the set this season and meet the brilliant cast.

VT: Let us talk about Heartstopper, the Netflix adaptation of Alice Oseman’s famous novel. Thus far, what can you share with us about the series?

KC: It’s a Netflix adaptation of a graphic novel series by Alice Oseman. It’s a young adult queer teen love story. At heart, there are two boys at an all-boys school; one is an openly gay, slightly nerdy boy called Charlie Spring, and then one very popular rugby boy who everyone assumes is straight called Nick Nelson, and I play Nick.

They meet, they get to know each other, and their friendship begins to blossom into something different, my character Nick begins to feel different thing and realise he may not be straight after all.
It’s a beautiful story and an extremely optimistic story about friendship and love, self-love, self-discovery, and self-acceptance.

VT: Heartstopper is also about plurality and acceptance. Therefore, what do you think about how that story and the show portray current youth?

KC: Our approach to portraying the current youth is very much seen through rose-tinted spectacles; it’s a very positive outlook on life, specifically being a queer teen in the modern-day. It’s an optimistic way of looking at «everything’s going to be alright,» that queer people deserve to be happy, and that it’s such a beautiful thing to be in love.

There are a lot of things in the show that had not been seen to this extent before; usually, with a love story, it’s very much in person. Whereas, with Heartstopper, quite a lot of the flirting and growing relationship takes place over social media, Instagram DMs, etc. And that is very reflective of the current youth and the modern-day.

I think, for example, there are scenes where my character’s trying to research his sexuality and really work out how he identifies and how he feels and what the label would be for that. He’s just going on Google and searching through different articles, and I think a lot of people can relate to that. It’s not something that’s often portrayed on screen. You’d probably think it’s a bit obvious, but it’s something that everyone does; if you don’t know something, you may google it.

In some scenes, my character is shown going through the internet and being overwhelmed by the LGBTQ+ community and all the positives and negatives: homophobia, and other things that become as a result of being queer, etc. I think it is a very optimistic yet very truthful portrayal of the current youth.

KC: I’m very much open in terms of the future. I’d very much like to pursue my acting career. I’d love to play Nick again if that was at all possible, and people like the first season. I’d also like to play someone completely different and have some range as an actor. I’d also love to try directing at some point.

Heartstopper, my life, and my career

VT: What do you do to take care of yourself?

KC: For me, it’s very much to do with fitness and exercise, and that’s also one of my biggest passions is fitness. And, since playing Nick, I had to bulk up a little bit for the role. I really found a love for working out, going to the gym, and being fit.

I think that going out and being active is a really wonderful thing, and I find it really fun, relaxing, and therapeutic. I’ll go to the gym for two hours, five or six times a week, to clear my mind and find it a good escape as you can put your headphones in, listen to some music and work out.

VT: Besides acting, what are your other passions or hobbies?

Outside the whole world, I very much love Basketball. I’m a big NBA fan. I love a lot of sports, but NBA, in particular, is my favorite. I also love music. There are so many things in today’s culture that are easy to be passionate about and be interested in.

I think some of the older generations. The 1960s and 1970s were really cool; anything to do with those eras, the music, and the fashion, I find really cool.

Whether it is one of the extreme things happening in the world right now or maybe you’re just feeling a bit down; any kind of hard times, no matter how small they may be in the grand scheme of things because they’re extremely important and shouldn’t be ignored. There’s always someone in your corner and always someone that loves you.

KC: I think that if there’s anything else I’d like to say to Vanity Teen is that it’s been an absolute pleasure of my job as an actor that I get to talk to outlets like Vanity Teen about Heartstopper, my life, and my career. I think it’s one of the coolest things about my job. I don’t think I’ll ever get used to it, and I hope I never do; I’m sure I never will. I think it’s a really incredible thing that I get to do.

From this conversation with Kit Connor, I would like to remark on something that came to my mind with every one of his answers: what a blessing is to do what you love and help others or bring joy as you do it. He is an actor who enjoys his job and is living one of the sweetest moments of his career by witnessing how celebrated Heartstopper has become.

Therefore, no matter your circumstances, I invite you to find that thing you are good at or enjoy doing and go for it. Do your best to spread love, care, acceptance, and inclusivity to those around you. I know that it might not be simple when you do not have support and, even more, when there is so much hate out there, but try to remember that you are not alone and there are others like you willing to welcome you.

Finally, keep in mind the message of Kit Connor this time: think there’s always someone in your corner because you matter; your feelings are important and should not be ignored.

Go ahead and find the love you deserve! 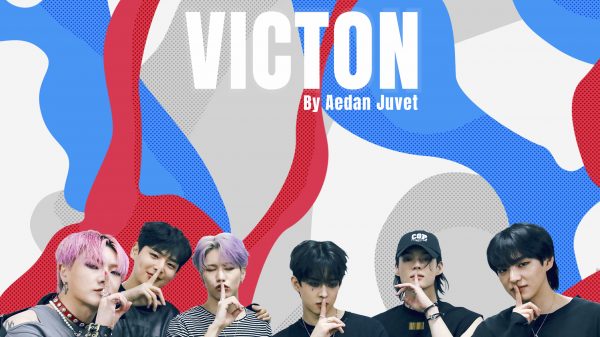 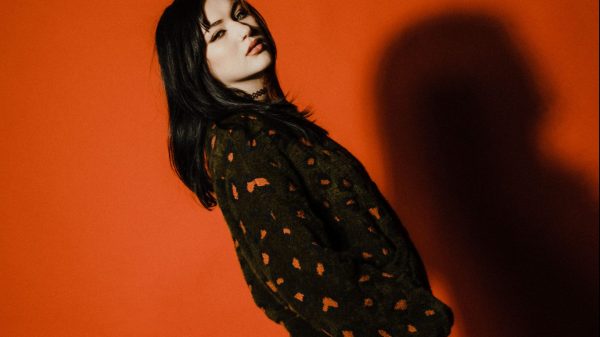 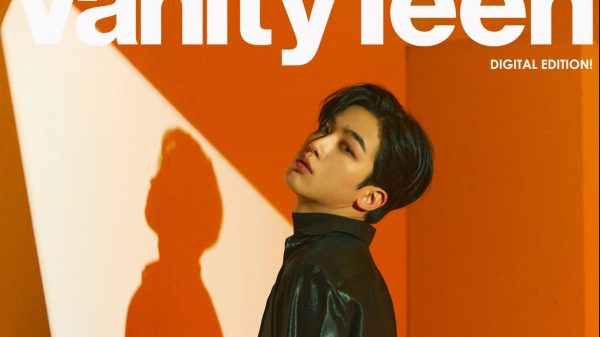 The 22-year-old triple threat KIM YOHAN has mastered everything that he puts his mind to and based on his gentle heart, self-confidence, and well-rounded... 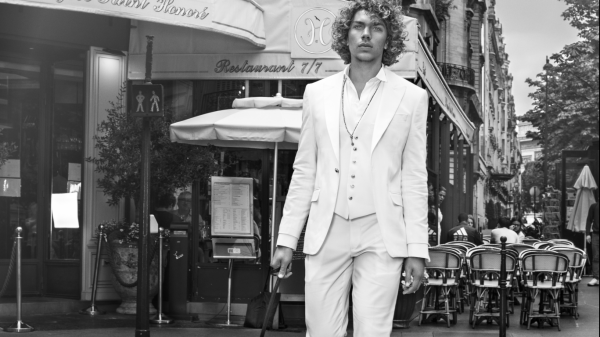