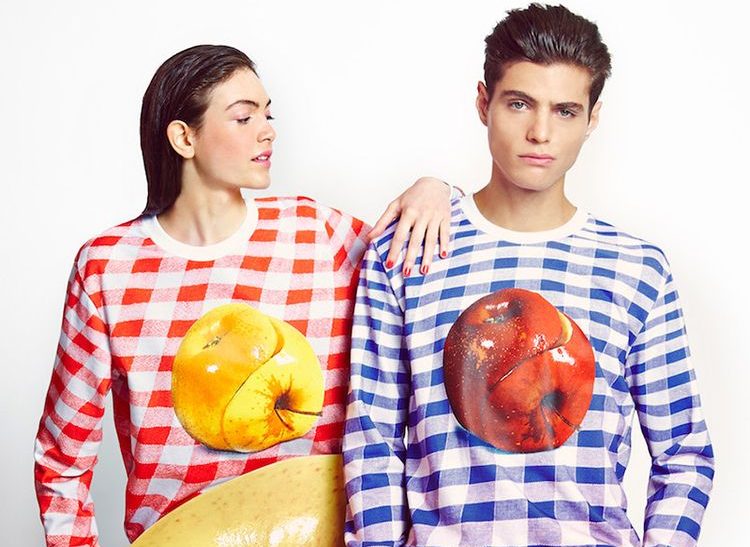 “Men are breadwinners and women are homemakers”. Kitchen has long been categorized as one of the representative feminine spaces — learning from the advertisements of food and drink, or any other related products, where men barely act as the protagonist. Even they do, they are pictured as the hyper-masculine good man of a family, sitting behind the desk, or in the living room holding a glass of whiskey or a cigar, but never cooking in the kitchen. It is always women, that are busy preparing food, being surrounded by and feeding husbands and children. And it seems that we never question the reason behind, for the kitchen is taken for granted as the place to be of wives and mothers.

Food is not inherently gendered

Family chores compromise the masculinity in a conventional sense. Hence the food pairing with the status of the head of family matters. Food is not inherently gendered, however, when it comes to advertising, to sell foodstuffs to specific consumer groups, the message implanted is somehow gender-bias. There are slogans as ‘milk makes a man’, or “husband pleasing coffee”. Emily Contois, an American scholar specializing in media studies, takes meat-eating as an easily understood example of gendered food’[1]. Steak, the endorsement of male power — rare or extra rare with blood, quoting hot-tempered chef Gordon Ramsey, so raw to an extent that ‘it can be released back to the meadow and run around’, will demonstrate machismo in a much more blunt way. And stereotypically, light food as salad, colorful fruits, and pastries represent a feminine appetite. Take the advertisement of Pepsi from the late 50s for example, the man in his tux is slicing meat and the woman is elegantly holding a plate of dessert. The authority of power is seen with half an eye.

Till the 90s, although after the second wave of the feminist movement, we can see from advertising — one of the best “window” to observe social change[2], the conventional male image is still rooted in the popular mind in the patriarchal society back then. The female body in advertisements, just as food displayed alongside, is objectified and visually consumed by men.

Take the series of commercials filmed by Ferdinando Scianna for Dolce & Gabbana in 1990 as an example. The goddess Monica Bellucci stands in front of the fruit market, raises her hands, and tosses her hair, so that her body is in the most perfect S-shape. The men at her surrounding are all attracted by her breath-taking beauty directly looking at her, or whispering with their companions to discuss her, treated her completely as an object, a commodity, a visual pleasure.

Nowadays, with the impact of Feminist movement and queer culture progressively penetrates into the mass market, the image and gender role of men in advertising seem to convert to that of traditional women. They have gradually become consumer goods for women, and even for men.

Not only the image, but the shift of male gender role in the society reflected in advertisements is worth noticed.

Back to the old times, using food element in fashion advertisement, where the male model was a rare guest, can be deemed as a strategy that targets at female consumers, as food is one familiar element that resonates with them. Men are the real head of the family in real life, yet in commercials they merely appear as prop, just as the role of food, to reinforce the ideal traditional female image for male’s eyes — a good wife and a loving mother.

In the new era, the previously minor role finally become a protagonist with a brand-new appearance. In terms of the image of the model, identical muscular men have been replaced by diversified profiles as androgynous and genderless ones. In Henry Holland 2015 campaign, the boy in the image is about to eat a spoonful of ice cream, with a pinky smoothie set aside – recalling Mia’s 5-dollar vanilla milkshake and the “bloody as hell”steak of Vincent in Pulp Fiction (1994), the so-called ”chick food“ is made use here. Aside from being a prop in a fashion campaign, where the appearance of food addresses the shift in our perception of masculinity, of the male gender role in our society.

A diverse male relation is also to be found in a fashion campaign. In Balenciaga FW2019 campaign, a homosexual couple is standing in front of a grocery store, although there is no intimate shot, their intertwined fingers have sent a love message to audiences. Besides, their grocery shopping behavior used to be taken for granted as wives and mothers’ responsibility, as we discussed above, which can more stand out this diverse modern male relations and also family ties.

If the Feminist movement and queer culture have liberated women from greasy pots and pans in the kitchen, then these affirmative movements also unload the armor of men, that are dressed as the breadwinner of the family the whole time. And food can be deemed as an element that discloses their softest parts, a signifier that breaks gender boundaries.

In this article:Wu Wenda, Zhong Ying