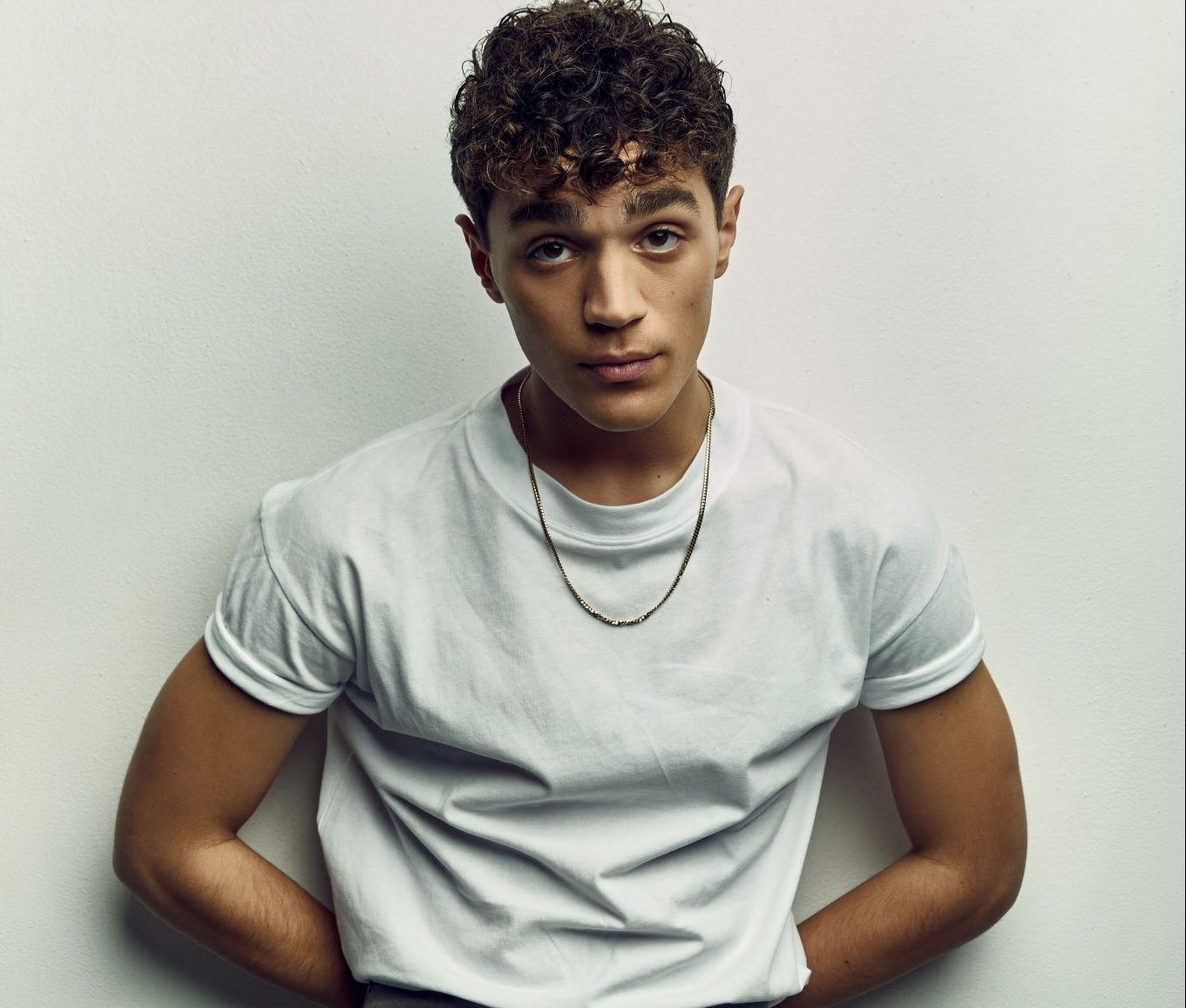 David Iacono has such gentle eyes that we all are constantly falling for him, but what we love the most about this artist is how he represents a generation of people who are woke, inclusive, multi-talented, young, hungry, and down to earth.

His most recent project: The Summer I Turned Pretty, is a global hit already, so we talked about this young adult adventure, his plans for the future, and some of his thoughts about being a young artist and life itself.

Therefore, we invite you to read this interview of the endearing David Iacono exclusively for Vanity Teen.

Young, hungry, and down to earth

VT: So far, what do you cherish the most about being a performing artist?

DI: There’s a long list of all the blessings and privileges that come with being a performing artist so far. I think what I cherish the most out of all of those is being able to be a part of stories that allow viewers to feel seen. That’s the reason I’ve stuck with the career path these past few years; there are countless TV shows and movies that I’ve learned so much from personally, so it’s been a dream to even suspect that I’ve been a part of a narrative that’s possibly accomplished the same thing for someone else.

VT: Since you began acting professionally as a kid, is it odd for you to see yourself growing up on screen? What do you think when you look back on those previous jobs that you did when younger?

DI: Acting’s been a part of my life for as long as I can remember, so in a bizarre way, I don’t really feel like I see myself growing up on the screen when I watch any previous projects I was a part of as a kid. I think those projects are more similar to how I look back on old photos from when I was younger, a memory just like any other. I definitely cringe a whole lot, though. Hopefully, my work’s come a long way!

VT: In 2020, you were part of Grand Army, one of my favorite shows that came out that year because it was sincere and honestly woke. What can you tell us about that experience? Are you still in touch with your friends from that show?

DI: I’ll try my best not to ramble too long about Grand Army as best I can, but it’s a tough task because I’ve made some of my fondest work-related memories working on that show, in addition to some friendships that I wouldn’t trade for anything in the world.

It must’ve been a combination of how passionate everybody was about the script (Katie Cappiello made that easy) plus how young, hungry, and down-to-earth everybody on the cast was; that made it so artistically rich to even be a small part of. I’d say that the show totally recharged my passion for acting at a time when I was beginning to become slightly unsure if it was the right way to go, with college applications and all that creeping up on the horizon that year was for me.

But yeah! So much raw talent in Grand Army.

The Summer I Turned Pretty

VT: Now, you come with a highly anticipated project: The Summer I Turned Pretty. Who do you play? And what is your favorite thing about this show?

DI: I play a character named Cam! The Summer I Turned Pretty is a coming-of-age show that looks at the idea of growing up, change, romance, and everything else that’s complicated about being a teenager through the eyes of Belly Conklin. Belly’s been in love with a family friend of hers, Conrad Fisher, whom she visits every summer, along with Conrad’s brother Jeremiah, who’s one of Belly’s best friends.

Cam is a character I enjoyed playing because of how slightly isolated he feels from a lot of the show. Belly and Cam begin somewhat of a summer fling at the start of the season, and it feels like the two of them are sort of able to exist in their own space, awkwardly (but charmingly) getting to know one another separately from a majority of the other characters in the show.

Of course, things get complicated as Cam and Belly’s world and Belly and the Fisher boys’ world begin to collide, which makes for all the more entertainment!

The show itself sets itself aside from a lot of coming-of-age romance plots, in my opinion, just because of how delicately and carefully it crafts and takes care of each and every one of its characters. Plus, it’s beautifully shot. I think people are going to love it. It’s out now!

VT: Even when some might think shows like The Summer I Turned Pretty are a little sugar-coated due to how they portray teen love stories, they address some issues many young people can relate to. So, what do you think are some of the best messages we can get from the show?

DI: One of my favorite things about The Summer I Turned Pretty is what sets it apart from other shows existing in the same YA genre. The fact that it’s very selective about the parts of teenage life it does choose to “sugarcoat.” It’s really brilliant because I think, at that time in a person’s life, you’re learning how to navigate that very same thing. As we rapidly approach adulthood and everything around us seems to be changing, I think people typically start holding onto the simple, constant things in life, like relationships with lifelong friends or a blissful escape from regular life to a childhood summer home with family.

Once a lot of those constants begin to become not so constant anymore, and real-life stuff starts to rear its head, it can be so confusing and scary, and I think as season one of our show progresses, Belly gradually starts going through the same thing. By episode 7, I think the audience realizes The Summer I Turned Pretty, while still being beautifully shot and romantically detailed, is anything but glorifying.

VT: The Summer I Turned Pretty already has a strong fanbase, thanks to Jenny Han’s book. What was it to you be part of a story many love and others will celebrate as their favorite?

DI: At first, it felt like a lot of pressure! You want to fulfill what readers have imagined their favorite characters and storylines for years prior, but you also don’t want to lose yourself in chasing someone else’s interpretation of a character. It’s about threading that needle carefully and thoughtfully, which I really think everybody in the show does so well.

Everyone brings their self wholeheartedly, yet somehow absolutely nails the essence of who their character was in the books. I think that’s just a testament to how wonderfully everyone was cast in the show. At the end of the day, I’m really honored to be bringing a community of people’s imaginations to life, especially a group of people so passionate about a piece of work. Truly a dream.

VT: Let us talk about your upcoming projects. We know you are part of Cinnamon, alongside the Hollywood legend Pam Grier and the extraordinaire Damon Wayans. What can you share with us about this film?

DI: It was one of the most memorable experiences working on a project I’ve had! Clocks in right up there with The Summer I Turned Pretty; for me, being in the presence of such legends as Pam and Damon felt so rewarding. I really felt like I belonged. Not to mention all the little nuggets of wisdom they’d drop that I eagerly snatched up any chance I got.

It’s also the project I’ve been the most a part of, so getting to know the crew on that movie was so damn fun. I feel like I got to know the actual process of making a movie more thoroughly than I ever have before, in addition to making such great friends to not only learn from but to just share the movie-making experience with. I really got to dig my fangs into that script, which is what I feel like it’s all about for most actors that love the craft.

Cinnamon is probably the most distinctly stylized script I’ve come across in a while. I can’t wait for people to see what we came up with.

DI: Season two of The Summer I Turned Pretty, of course! Got some other stuff up in the air right now, but that’s my next move. So grateful to be able to keep being a part of the world that is Cousins. And in regards to long-term plans, I’d love to get behind the camera, or in the writer’s room, or even in the editing lab sooner rather than later; for something comedic, specifically!

VT: Which message would you like to share with those having difficult times and find solace in your work?

DI: I guess I’d like to say that the tough things you’re going through aren’t only specific to you, which probably is why you’re finding solace in anybody’s work on screen. Know that, even though it can sometimes feel like you’re the only person to have ever gone through what you’re going through, that is not the case. It gets better!

DI: I want to thank you, Jatniel, for these dope questions! Hopefully, my answers weren’t way too strung out and at least slightly cohesive. You guys do awesome work. Thanks for watching the show!

Knowing that David Iacono will be around with more new projects is fantastic, and seeing that he will come back for the second season of The Summer I Turned Pretty makes it even better. However, for us, the most rewarding part of his job is realizing he will continue spreading his sympathy everywhere and that his work is available to everyone who can have internet access or go to the cinema.

Just like you, in Vanity Teen, we enjoy seeing him as naturally as he is. An artist that does not pretend to be extraordinaire and has no issues showing himself with the lovable spontaneity of those who are young, those who accept that there is enough space for everyone, and has in mind that the sky is the limit for people who love what they do.

You can follow David Iacono on social media @davidiacono. Besides, right now, you can stream Grand Army and The Summer I Turned Pretty. But, most importantly, remember his kind words because, even when life gets too harsh, time passes, and it gets better.

In this article:David Iacono, exclusive, The Summer I Turned Pretty