Ben Hardy: being in the moment 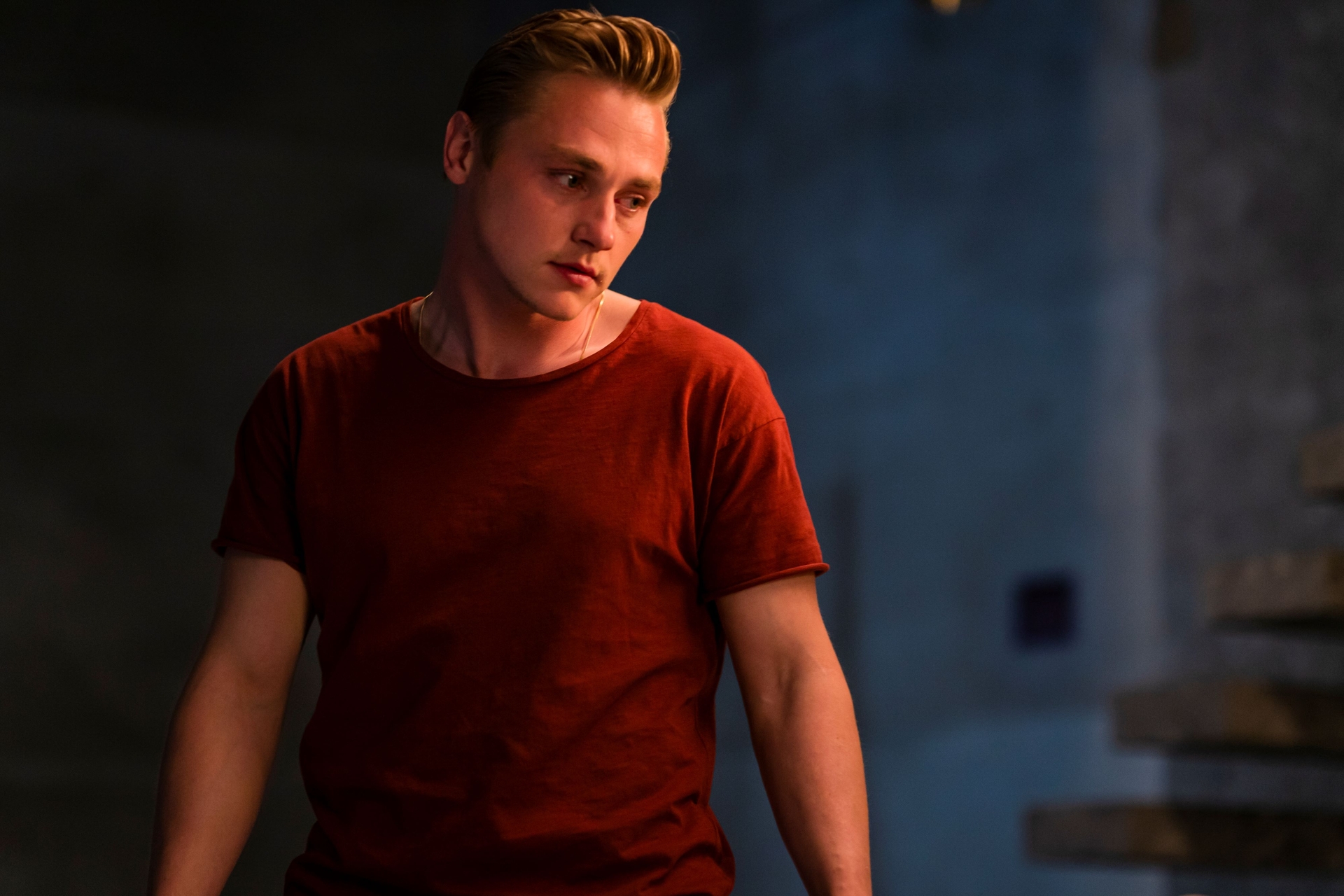 Ben Hardy is a British actor whose career has been an exciting journey for him and the millions of fans he has around the globe. Among his most notable credits, we find him as Angel in the cult saga X-Men: Apocalypse, as the iconic Queen drummer Roger Taylor in the Academy Award-winning film Bohemian Rhapsody, or even as Seb in the fan-favorite sexy thriller The Voyeurs.

But, as Ben Hardy describes himself, he is a person who prefers being in the moment and enjoying the now. So, given that HBO Max recently released the hit show The Girl Before, we had a conversation to talk about this captivating TV Mini-Series, his career, and why he has chosen to be a voice for those who need our help.

Therefore, we invite you to read this inspiring exclusive interview of Ben Hardy for Vanity Teen.

Being in the moment

VT: How did you get into acting and then go from theater to a popular TV show to cinema?

BH: I started acting when I was around 15 years old. I had always been more of a sports guy, but when I injured my leg playing rugby, I all of a sudden had a load of free time on my hands and wanted to try something new. In hindsight playing sport and acting aren’t all that different. They’re both about being in the moment and handling pressure situations.

I went to drama school at 18 and then spent the first two years of my career working in theater, something I’d love to go back to, but it wasn’t as if that was the plan – I was on the hunt for jobs across all three mediums it’s just the way it transpired that it happened in that order.

VT: You have been part of great projects like X-Men: Apocalypse, Bohemian Rhapsody, 6 Underground, and more, but what I like the most about your career is that even when people try to draw attention to you or the way you look, you try to focus on giving back to society. So, how did that passion for others start in you?

BH: It’s all false modesty, I assure you.

I loosely remember reading that there is no drug on this planet that gives as intense a high as the feeling of being kind to and helping another human being. And I think it’s true.

I forget that a lot, so Thank you for reminding me. Sometimes we get so lost in ourselves and forget the bigger picture. I find it’s a happier way to live trying to be considerate of others. It’s all selfish, I assure you.

VT: Thinking about your previous answer, how was it like to promote a Fundraising for Shelter? Can we still collaborate with this cause?

BH: Absolutely! Please set up a regular donation! They are such a fantastic charity.

I think it’s far too easy and convenient to see someone on the street and assume they are there of their own making or be offended if they are intoxicated etc.

There are x amount of homes and x amount of people. We are all a few wrong turns from being homeless, really, but I’d rather embrace that fact and try to help those who have fallen on hard times rather than turn a blind eye or vilify the homeless to feel guilt-free.

VT: Please, let us talk about your recent projects. The Girl Before is out now, and people are becoming obsessed with this TV show. So, what would you like to tell us about this series?

BH: I want to tell you that it is potentially the work I’m proudest of. And that it’s a sexy, exciting, dark, twisted thriller, and I hope audiences love it as much as we enjoyed making it.

VT: Another of your projects is The Statistical Probability of Love at First Sight. So far, what can you share with us about it?

BH: I can tell you it’s a charming rom-com set around Christmas time and that I’m hoping it will be out in time for Xmas this year!

BH: I’m more of a moment-by-moment person. The future can be overwhelming. I just want to work on great scripts with great creatives. That’s the dream.

VT: How do you preserve your mental health?

BH: Exercise, meditation, Wim Hof Cold therapy. These are the three central cogs for me. Without those, I begin to fall apart.

VT: Picking up the conversation about your social commitment, what motivates you to stand up for minorities and promote diversity?

BH: I have a silly number of Instagram followers, and I just figured it surely would be a good thing to hand over my account to someone far more knowledgeable than I am on such matters to educate those who wished to listen, myself included.

But bear in mind, I just handed the keys to my account over to someone else. The work I did was very little.

BH: Oh, I feel under-qualified to answer that question. I’m an actor with a social media following who feels obliged to say something. I need to get more hands-on in my involvement with these causes too.

I’d say reach out to the charities involved and see how you can help! That’s what I need to do more.

BH: No, that’s it for now. I feel like I’ve overshared already.

We have loved Ben Hardy for years, but after this interview, we have fallen for him even more because his honesty is captivating, and his will to do better motivates us to reach out and help others more.

If you have not yet streamed The Girl Before, it is a good time for you to do so, enjoy this hypnotic thriller, and catch up with Ben Hardy’s latest projects until The Statistical Probability of Love at First Sight is out around Christmas.

Finally, if we can learn a thing or two from Ben Hardy, let us remember to take care of our bodies, preserve our sanity and help others the best way we can.

Let us be kind!

In this article:Ben Hardy, exclusive, The Girl Before