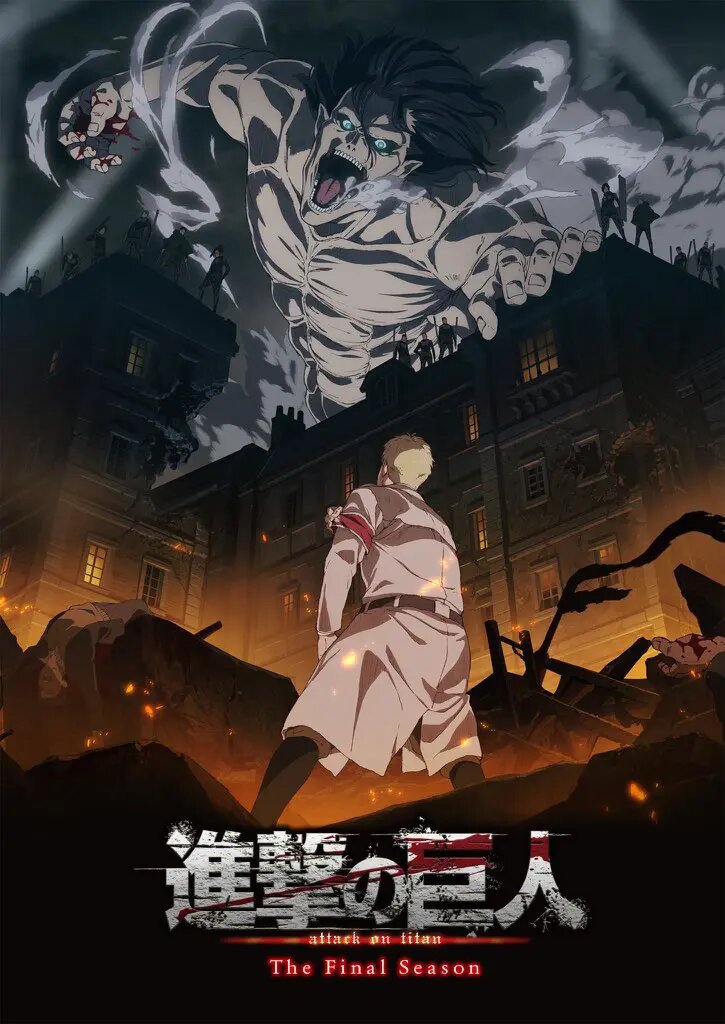 The first trailer for the fourth and final season of Attack on Titan (I.G. @anime_shingeki_official) has been released along with its first key visual: Eren vs Reiner

Season four will pit the Eldians and Marley sides against each other, so Eren and his friends will have to make new decisions for the great battle that awaits them beyond the sea to win their freedom. It will also initiate a conflict between the main characters because of their different points of view about their next fight with the others, putting in doubt who are the real enemies of the story.

Attack On Titan: The Last Season

Being its final season, the anime has been long-awaited due to the arcs (e.g. Marley & War for Paradis arc) and key scenes from the manga that will follow where the third season ended as well as the fact that the series is intended to cover all the manga till its final chapter, which is still ongoing. According to Isayama Hajime (I.G. @mr.isayama), Attack on Titan’s creator, the manga is planned to end this year.

The release also comes with some noteworthy news regarding its animation and staff. It will be MAPPA Studio ( Inuyashiki, Terror in Resonance, Banana Fish, Dorehedoro) who will be in charge of the animation, taking the helm of WIT Studio who was responsible for animating the three previous seasons. The anime will be directed by Hayashi Yuichiro (Dorehedoro & Garo), while Chief Animation Direction will be under Niinuma Daisuke, and Kishi Tomohiro on character design. The voice actors will remain the same for all characters.

Despite claims that it would not e delayed by the pandemic, an official date has not yet been announced on his official website. The anime is scheduled for release this Fall on NHK-G in Japan. Hoping we should be able to watch it subtitled on Crunchyroll or Funimation.

In this article:Attack on Titan, attack on titan season 4, Eren Jaeger, Isayama Hajime