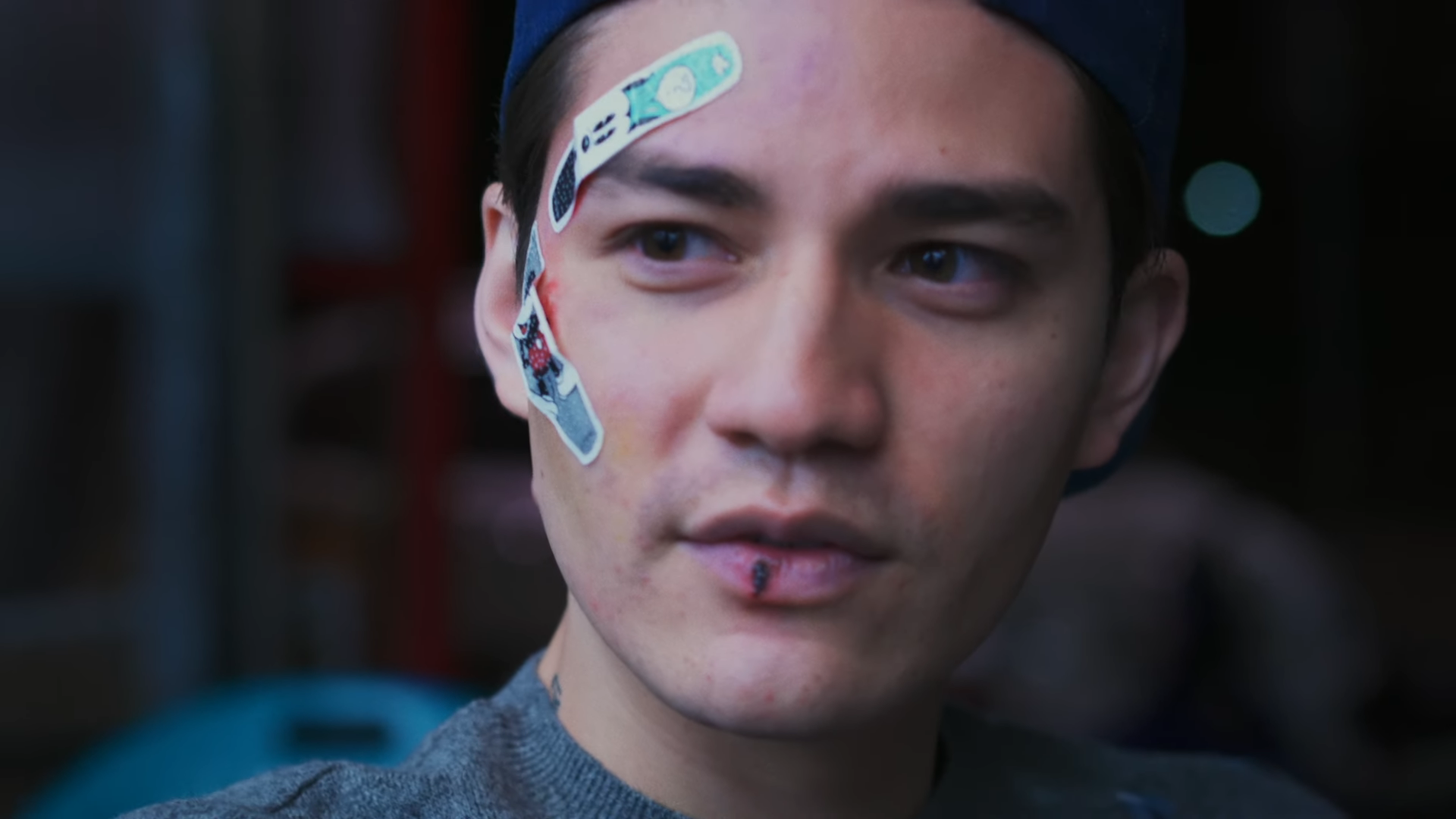 Nick Neon is one of those tremendously talented filmmakers who makes me feel amazed and useless at the same time. He directed his first movie in his mid-twenties (Fear eats the Seoul) and in the last couple of years he has been getting some attention thanks to his bittersweet LGBTQ+ short film Ultra Bleu, following Jimmy Park, a heartbroken young man stuck in a Wonderland made of skyscrapers and neon lights: Seoul, in South Korea.

Ultra Bleu was screened at around ten international film festivals from Canada to Korea, and it seems like Zero One, the 2018 more the introspective sequel is not disappointing either: it counts over 30.000 views on Youtube

Zero One follows Jimmy spending the last 24 hours of 2016 in New York. He reunites with his family after years of not seeing them, and there is a heartbreaking argument with Claire, his Christian and low- key homophobic sister.

“I always knew I was going to address my thoughts and experiences
as a gay man within a heteronormative family. Jim says a lot of
things I have carried on my shoulders and other things that I’ve
vocalized with my own family.”

Being gay in Seoul is different from being gay in New York, he says. “The biggest difference I personally experienced with being gay in Seoul was feeling completely invincible because I was sometimes invisible. When you live in the culture you grew up in, every nuance and every act of bigotry gets registered on a subconscious level.” When you experience a new culture, many things change. “It can be drowned out as noise because you either can’t speak the language or you don’t quite catch the nuances of prejudice another culture may have. I dealt with xenophobia way more than I ever dealt with homophobia.”

In Nick Neon’s films, there is an attempt and desire to open up and to reach intimacy with people, but technology is seen as an obstacle to do so. Jimmy talks to his mom on the phone, lying about his feelings and emotions and saying he’s doing fine, while preaching for all the storyline about craving for ‘something real’. In Zero One, Jimmy imagines how he wanted his New Year’s Eve to be, with a vintage filter and some polaroids. It’s interesting how that’s in contrast with the whole contemporary environment. There’s this “artificial nostalgia” for something Jimmy never lived by first hand. The last few generations are using vintage stuff (clothes, letters, analogical cameras) belonging to decades they didn’t experience.

“Since the future is unseen, we end up revisiting the past to find
alternate ways of experiencing the present. Nostalgia is a very
powerful human emotion. I use it in my work in the same ways I use
love, anger and sadness.”

Nick is now in New York City: “I love the city, but being a New Yorker and an introvert and having lived in Seoul for most of my twenties means I’m kinda ready for a much quieter life near the sea. However, my agents are on the ground here and we’re making headway with my career.”

Facts are facts: Nick Neon is a passionate artist and a workaholic.

He has lately been working on Electric Mars, the final chapter of the Jimmy Parker trilogy, it will be the only one of the three to be of feature-length. “The next time we meet Jim, he’ll be back in Korea working on this graphic novel he has never finished. He’s going to fall in love. He’s finally going to come of age.”

We might get an unexpected happy ending for Jimmy Park, and I’m sure that the future of this prodigy of queer filmmaking won’t be any less bright than his films’ neon lights.