YUNGBLUG might upset some parents, but he has something to say 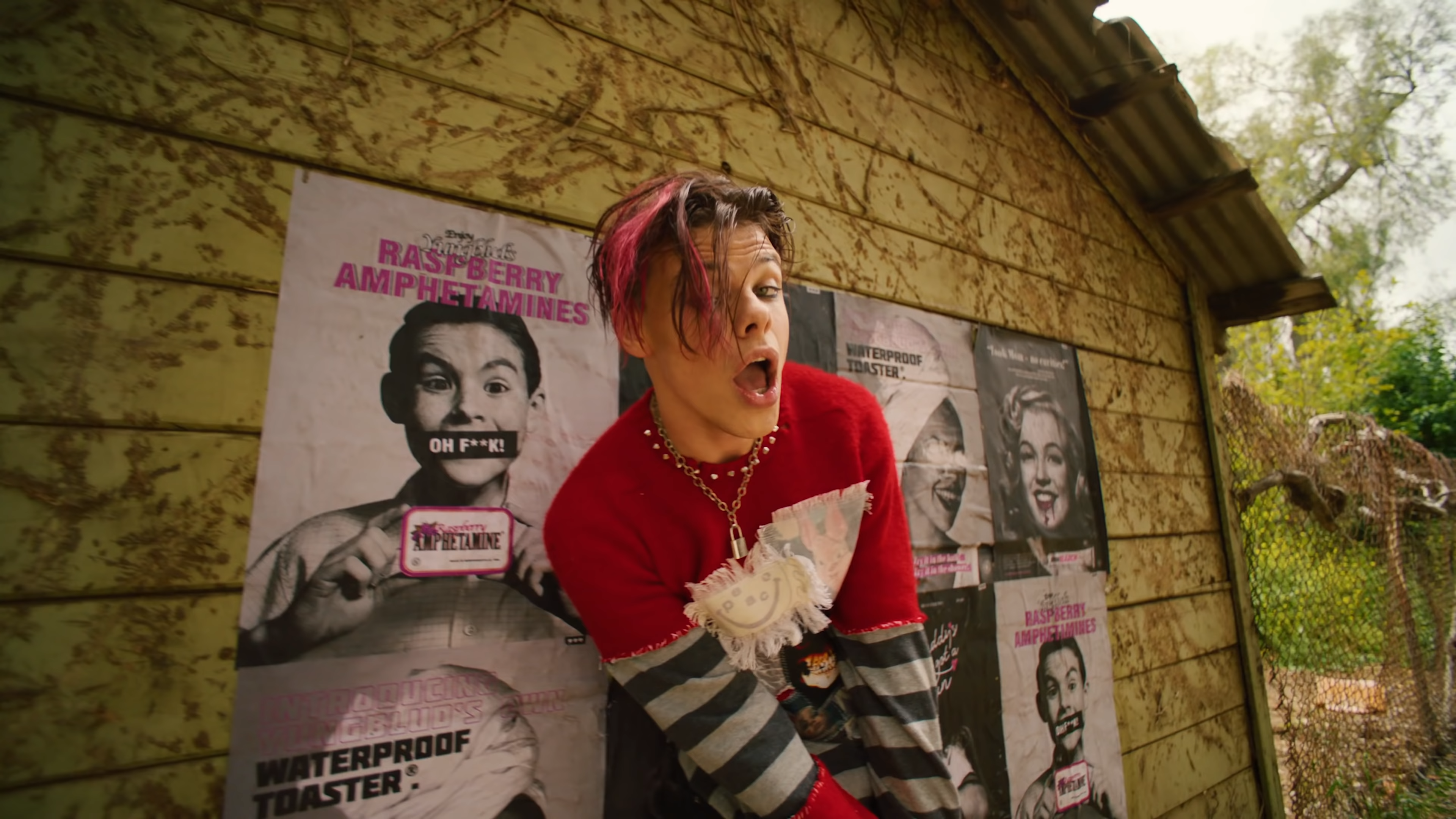 Every generation has singers who make some eyes roll, especially parents’ eyes. To name a few: in the late 70’s and most of the 80’s there is Robert Smith from The Cure, in the 90’s Marilyn Manson, in the 00’s Gerard Way from My Chemical Romance and Adam Lambert in the last decade; however this time the British artist YUGNBLUG is the one to watch not only due to his loud music and out-of-the-box looks but for his lyrics; teens are saying his songs talk to them, so what is he singing about?

Perhaps some of you do not know YUNGBLUG (or Dominic Richard Harrison as his parents named him) but he recently, on November the 8th, won the MTV Europe Music Award for being the 2020’s MTV UK PUSH artist to Watch. Therefore let us wait no more and see what his lyrics are telling to the world.

What is YUNGBLUG singing about?

He has been singing for a while and been active since 2017 so I do not pretend to review all of his songs or collaborations, just a few of them to realize why day by day he is winning more popularity and young people are feeling identified with him.

One from the early days

His first single King Charles was released in 2017 by ©Locomotion Music Publishing and composed by Matthew Schwartz and Dominic Harrison (yes, himself); probably having the slang tw*tty on the first line could be a lure to some or a red flag to others, but this song starting for its title may also remind us an attempt to make a political statement that uses the figure of the king Charles I of Great Britain and Ireland as a voice of those who stood up against church members and politicians trying to do good for the people.

As a matter of fact, part of the lyrics of King Charles says: “Took the taxes to fund the evil, sound familiar? Don’t mind us, divide us, but when we need guidance, you give us the silence. It’s spineless and blindless, we will buy back, not sit here smiling” and that is a clearly reference to some of the history of the England royalty. Nevertheless, this song is not just about portraying Charles I as an exceptional man but to shout out how young people under 21 have to deal with social policies that make them pay for things they did not choose.

Therefore, if you pay attention this song feels more like a call to stand for your rights and freely protest than a babbling chant made for those who want to swear out loud.

In 2019 YUNGBLUD’s single Die a Little was selected to be part of the soundtrack of the third season of the Netflix teen drama 13 Reasons Why. This song was released by ©Warner Chappell Music/ Kobalt Music Publishing Ltd and composed by Andrew Goldstein, Dominic Harrison, Joseph Davis Kirkland, Matt Schwartz and Rami Jrade.

Despite of its bloodish video the song is about teenagers who feel lonely and are looking for help in others e.g.: “Hold my hands when I’m blind” is part of these lyrics that suggest sometimes dying o crying a little is what is left to survive while struggling with the mind.

In 2019 YUNGBLUD released some other hit singles like Parents or 11 Minutes featuring Halsey and Travis Barker from Blink 182; nevertheless, this year he has released two songs I would like to talk about.

First, God Save Me, But Don’t Drown Me Out written by the very own Dominic Harrison and distributed by ©Kobalt Music Publishing; this is a song about hoping to get up straight, do better and thrive even when feeling like everything is lost and you have been beaten.

With verses like “I won’t let my insecurities define who I am, not gonna waste my life” YUNGBLUD proves he is more than his outfits. His lyrics talk to those young guys everywhere who have felt broken inside just because they are different, because they are not pretty enough or because they like to wear not conventional clothes.

Finally, his latest single Cotton Candy, whose music video was released this October the 15th, and has been distributed by ©Warner Chappell Music/ Kobalt Music Publishing Ltd, is a song written by Dominic Harrisson, Chris Greatti, Omer Fedi, Justin Tranter and the well-known Julia Michaels. As you might or might not expected is a love song, I mean which young person has not fell in love and got stuck on a crush, just this time YUNGBLUD specifies he wants to “get stuck between your teeth like cotton candy”; that is lovely, isn’t it?

I am not saying YUNGBLUD is a saint or he should be your role model; if you like him that is fine, if you do not it is ok, but if you are interested in his music, Weird! is the name of his latest album to be available on December the 4th and you can pre-ordered it now on his website.

Thankfully we are living in times when people are trying to be inclusive and recognize there is space for everyone. And whether YUNGBLUG wants to upset our parents or not his music has a message that I am pretty sure most of us would like to hear at some moments of our lives.