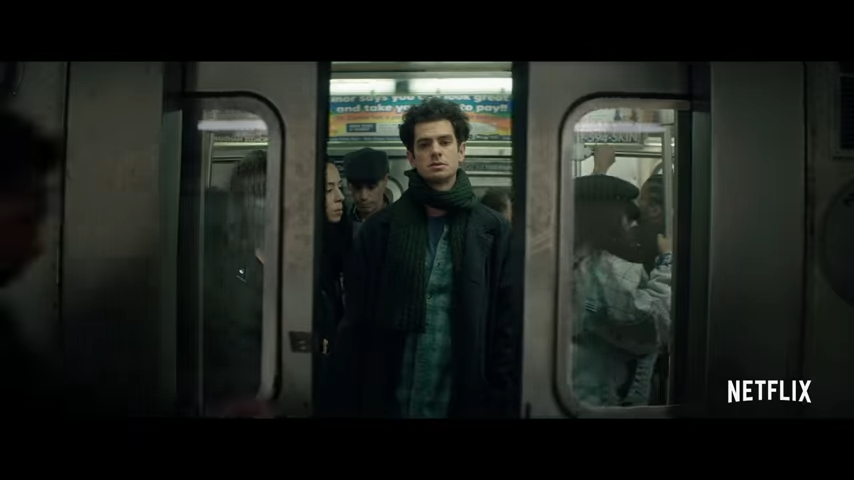 Lin-Manuel Miranda has been very busy these days, as he comes to give us Tick, Tick… Boom!. He certainly loves to give us reasons to be at the edge of our seats, recently with the release of his original musical In The Heights and now with the teaser for his directorial debut. Without a doubt, the director, actor, producer, writer and musician is in one of his best moments. The trailer suggests that we’re facing another impeccable job on his part and that we will not be disappointed.

Miranda himself starred in a 2014 stage production of Tick, Tick… Boom!, if we needed more reasons to think that he is perfect for this job. “Jonathan Larson’s captivating storytelling in ‘Rent’ first taught me that musicals could be contemporary, true to life, and depict your own experiences,” Miranda said, “But it was ‘Tick, Tick…Boom!’ that solidified that drive in me to hone my own voice as a playwright.”

The film is based on the autobiographical musical by Jonathan Larson, the man behind Rent, a musical that in the 90s revolutionized the theater, introducing such important topics as homophobia, multiculturalism or addiction problems.

Larson only finished two works, Tick, Tick… Boom! and Rent before passing away in 1996, but it was enough to become an icon. Thus, in Lin-Manuel Miranda’s film we will see what life was like for Larson in New York while he was trying to gain a foothold in Broadway and was considered one of the most promising authors but with a bit of bad luck.

Tick, Tick… Boom! is set in ’90s New York City in the midst of the AIDS epidemic that tore whole communities apart. As the world goes on its way, and his friends seem to be giving up on their dreams, Jon (Larson) does not stop trying to fulfill his dreams and meet the purpose of leaving his indelible mark on the world. But in the process he both realizes how precious time is and how fast it seems to be running out. Then, he asks himself the biggest question of all: What are we supposed to do with the time we have?

The trailer opens with Andrew Garfield, as Larson, singing the song “Boho Days” a number that  was ultimately cut from the final version of the show, and which could have been the original title for the musical. Thankfully, the song was preserved in a demo recording with Larson’s own singing voice. Later on, the pressure of the first part of the trailer’s frenetic rithm that comes from an incessant ticking noise growing faster every second drops, and we can listen to some of “Louder Than Words”. It’s genius, we’re hooked.

Tony winner Steven Levenson penned the screenplay, reuniting with Lin-Manuel Miranda after their collaboration on FX’s Fosse/Verdon. Miranda produces with Brian Grazer, Ron Howard, and Julie Oh. Levenson is also billed as an executive producer, with Julie Larson (Jonathan’s sister) and Celia Costas. Ryan Heffington is in charge of coreograph.

Netflix hasn’t revealed the exact date, but we can expect Tick, Tick… Boom! this fall at select theaters and the platform. Until then, the trailer is enough to expect a huge-magnitude musical that will surely be a favorite for many awards.

In this article:exclusive, Lin-Manuel Miranda