SUNMI: Stronger Than Ever 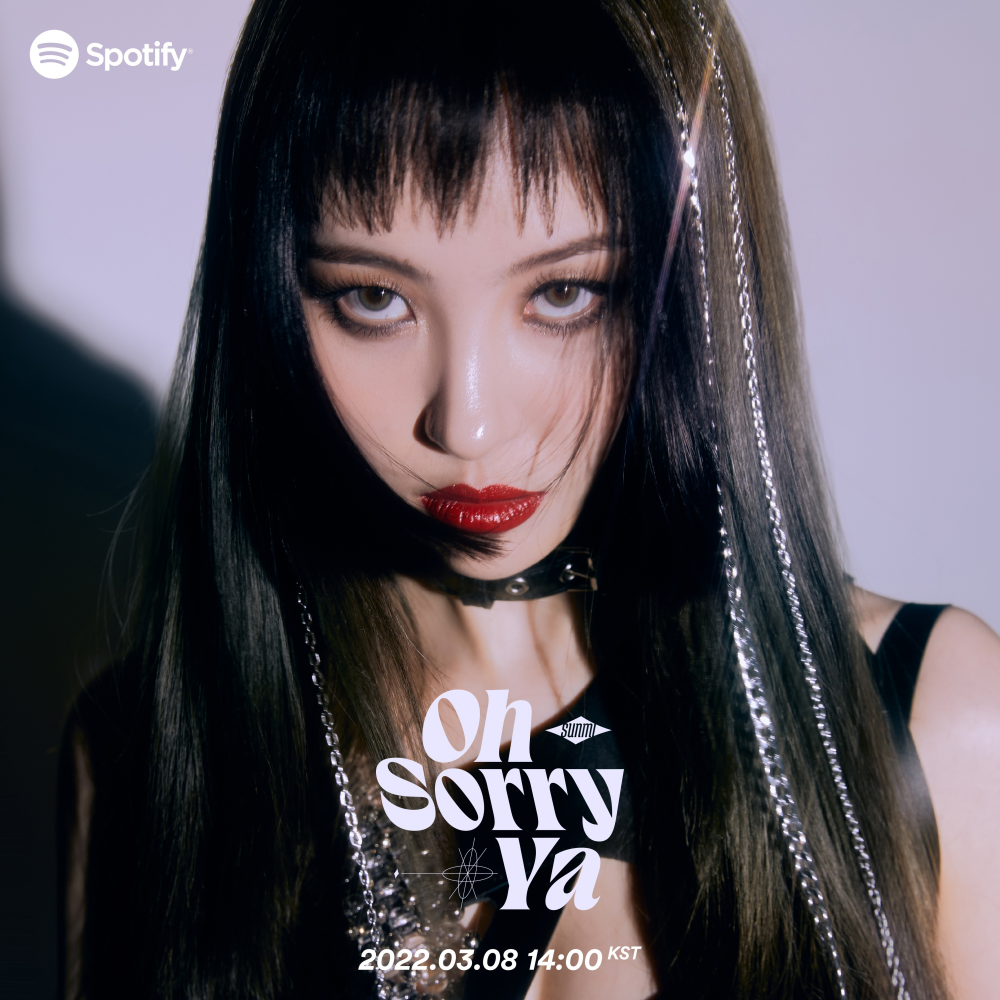 SUNMI is, in several ways, a founding queen of K-pop for her involvement in some of the biggest hits in the game – from her debut as an iconic Wonder Girls member to her eventual solo career with instant classics like “Gashina”, “Tail”, and the fairly recent bubblegum-pop track, “You can’t sit with us”.

In an unprecedented 15 years as a singer-songwriter and pure performer, SUNMI has become an aspirational figure in the music industry that offers upcoming talent a look at the benefits of hard work and staying true to oneself. In her impressive career, SUNMI’s self-discovered (and self-titled) style of pop music has guided the artist through various incarnations of exploratory sub-genre gems. All of which has led to her new appropriate endeavor with Spotify to promote women in the industry.

Through Spotify, SUNMI’s track “Oh Sorry Ya” the singer partners with the music streaming service’s EQUAL initiative, designed to celebrate women in music – and releases an anthem that easily rises to the occasion. The reputable superstar continues to find new methods to break ground with her empowering hit and now manages to use both her influence and artistry to be a voice for many.

As SUNMI prepared to drop her brand new track, Vanity Teen chatted with the decorated performer to discuss her Spotify campaign and what it means to spotlight women in the industry.

You worked on your brand new single “Oh Sorry Ya” in partnership with Spotify’s EQUAL initiative to uplift women in the industry which is such a cool collaboration from its concept alone! What did that initial idea mean to you, personally?

SUNMI: I was thinking about the situations where I would say “oh, sorry ya” and thought of the “SUNMIi” in the lyrics of my song ‘BORDERLINE’. Today’s SUNMI isn’t hurting from the past Sunmi anymore. No matter how hurt the old SUNMI was, the present version has grown stronger, shining bright and strong like a diamond.

This is also your first track made solely by women in every capacity and that’s another important element of the track. What would you say some of the women involved brought to the table for the song?

SUNMI: I worked with the female duo known as LYRE who composed ITZY’s ‘mafia in the morning’. Their music is bold and challenging. I also got to work with AURA, a female-only team for the choreography of ‘Oh Sorry Ya’. I’m thankful that they’ve expressed the story of this song so well through this choreography.

As a female soloist, how would you say it differed working only with women on this song as opposed to the general studio atmosphere that you’re used to?

SUNMI: Honestly, it was difficult to find a female-only team, but the other processes went smoothly. Although we were all apart and never met in person, everyone was so considerate which made this project a success.

The song tells a story about past and present versions of yourself – which adds a nice reflective touch to a dance track too. If you could offer your trainee-self advice about what’s to come and how to prepare, what would you reiterate?

Speaking of that early artist period, is there currently a group or two from this next-gen talent that you’re particularly drawn to?

SUNMI: Stray Kids and NMIXX. I cannot even guess their possibilities as they’re so endless. They have irreplaceable charms and talent. I’m excited to see what they have coming next.

You also recently collaborated with Ed Sheeran and Jessi on a song that’s such a cool, unexpected blend of styles! What was probably your favorite thing about that ambitious release?

SUNMI: The best part was when Ed Sheeran personally suggested having Korean lyrics in the song. I’m so grateful that I had a chance to sing for an artist I love in my own language.