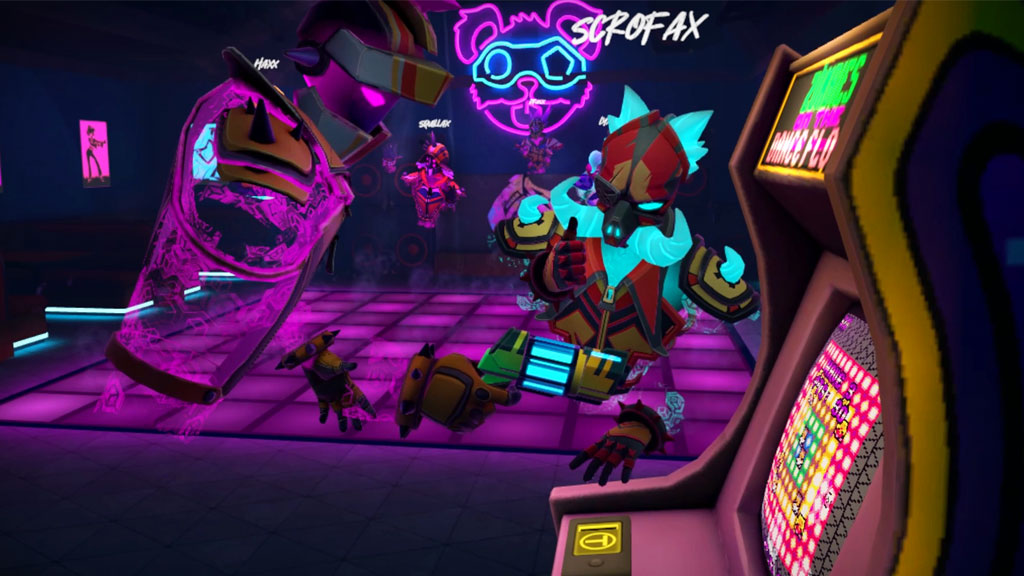 Resolution Games @resolutiongame is a Games Studio which was created in Stockholm in 2015 by Tommy Palm (one of the creators of Candy Crush). Since then, this enterprise has designed some of the most famous games in the industry: Demeo or Blaston, among others. The team behind this studio designs and investigates in terms of VR and AR. We have chatted with Paul Brady, president and co-founder of Resolution Games, who has told us how video games can be considered as art and how they fight for inclusiveness in Resolution Games’ team.  Also, he has tried to define what metaverse is due to it is something that is in vogue nowadays, even in fashion industry.

Vanity Teen. First of all, for those who might not know Resolution Games, how could this enterprise be described?

Paul Brady. Resolution Games is all about redefining how people come together and play. With the largest portfolio of games across all major VR and AR platforms, Resolution Games is dead set on pushing this space forward in a way that takes learnings from games industry’s past to shape standards for what’s to come.

Our studio’s titles rank among the top-rated and most downloaded games in the space. Games like Demeo (as well as our latest game, Demeo: PC Edition), Blaston, Bait!, Acron: Attack of the Squirrels!, Cook-Out: A Sandwich Tale and Ultimechs illustrate the innovative and immersive ways our team is constantly pushing the boundaries of what is possible.

VT. How did Resolution Games get started?

PB. Resolution Games was started in 2015 by Tommy Palm in Stockholm, Sweden. He’s always loved being ahead of and working with the latest technology (he’s one of the creators that was behind Candy Crush), so after helping to take games to mobile devices, he wanted to move into what he feels is the next wave for games: VR/AR.

VT. Could this work be considered a new way of art?

PB. I think that games in general are absolutely art regardless of platform. Art is about coming up with an idea and then taking that thought outside of your head somehow to be able to share it with people – whether it’s a novel, painting, sculpture, or game. VR and AR platforms just so happen to be what we feel is the ultimate canvas to experience games art within since you can actually be “in” the game for the first time. These platforms really give that sense of presence that many game, film, and art-makers have dreamed of.

VT. As we can see in the company’s Instagram account, your team seems to be diverse. The videogames industry has always been considered as a male industry. How does the enterprise deal with it in terms of being inclusive?

PB. Diversity is very important at Resolution Games. We are committed to making diversity, equity, and inclusion part of everything we do – from who we hire to how we give back and inspire the next generation of tech leaders.

For a long time, the games industry has had its challenges with attracting a diverse workforce. But I think that is changing and Resolution Games has committed to addressing this head-on. That includes not just the more ‘obvious’ things like who we hire and how we structure our teams, but also things like being conscientious of the importance of creating examples of diversity within our games, while also creating games for everyone and not just hardcore gamers.

VT. The range of games that the company offers is varied, how do you define the public of each one?

PB. Our catalog definitely covers a wide range of games! We’ve got something for everyone.

While we started out with more family-friendly titles (Angry Birds VR: Isle of Pigs, Acron: Attack of the Squirrels!, Cook-Out: A Sandwich Tale, etc.), we’ve since broadened our catalog to include some different types of games and genres – again as a part of our effort to make games for everyone.

For example, Demeo is a multiplayer RPG (role-playing game) that encourages cooperation among a band of up to four adventurers to defeat monsters, spiders and other hideous beasts as you move through the three adventures currently available (and we’ve got more coming!). Demeo is focused on strategy and collaboration.

Blaston is another example of one of our newer titles, focused on movement and activity. Blaston takes players into a slow-motion “bullet-hell” where they must duck, dodge, and weave to evade incoming attacks while preparing their dazzling next combos in a flash of skill. You feel like Neo and leave each session with your heart racing in this super fun tactical workout!

VT. Demeo has won a lot of awards like Game of the Year or Best PC VR Game, among others, how does the team feel about it? Was it gratifying?

PB. Absolutely, it was very gratifying. Just like anything else that you’ve worked very hard on for many years, being recognized and knowing that people like and appreciate the end product is wonderful. With every one of our games, we listen closely to the community and what they want in a game, and to be recognized with these awards is another indication that our model is working.

VT. A lot of people still do not know how technology has advanced. How could you define the experience provided by Virtual Reality (VR) in games?

PB. Virtual reality delivers the day we’ve all been waiting for… the day you could be in your favorite game. What happens when you enter a game in virtual reality is really nothing short of magical. You can be sitting in your living room, and with an act as simple as putting on a VR headset, all of a sudden you’re back in your mom’s basement sitting around a game table with a group of friends playing your favourite RPG, moving around character pieces, rolling dice, and checking your cards. It’s pretty much everything you would do in a real-life tabletop game, but your friends can be anywhere in the world and feel like they’re there with you.

VT. We have all heard a lot about the metaverse but there is not a common definition for it. How would you explain what it is?

PB. I wish I had an easy answer for you, but the fact of the matter is that today, the metaverse is still being defined and no one really knows what it will look like years from now.

I suppose the simplest answer (and granted this is very oversimplified) is that the metaverse is an open connection of virtual worlds. The metaverse is all about increasing our level of connection, and that means increasing our level of immersion. Achieving this fully is very unique to VR. Other devices keep us connected to a point, but not with feeling the full experience of interacting with someone virtually in 3D.

Some people have a grandiose idea of the metaverse, but at Resolution Games, we see the metaverse taking shape through a series of ‘tinyverses.’ For example, in Blaston, we have a social hub called ‘Ozo Lounge.’ Here players can interact with other players, play a game of darts, watch tournaments of other players, and the like. We have another ‘tinyverse’ in Demeo called ‘Heroes’ Hangout.’ The feel is more of a friendly local game store. It’s a place where players can go to read up on the games’ adventures, play an arcade game that we’ve built for the space, strategize about their next adventure in Demeo, and meet others who are passionate about the game and so much more.

The common thread among these ‘tinyverses’ is that they are hyper-specific to a group of people since they each cater to different demographics and shared interests.

VT. Is all this technological world the future of games?

PB. Yes, I definitely feel that AR/VR/MR experiences are the future of games. But it will be a transition and it will take these technologies getting better, more accessible, and gaining more quality content before the masses of users come.

PB. If you haven’t tried out VR, now is a great time to do so. There are experiences for everyone and it’s a truly historic moment. Not only are developers paving the way for the future of how we experience games, but VR gamers are also shaping this new ecosystem and making history with us. We finally have good hardware and content in place and it’s only going to get better over time.

In this article:exclusive, Resolution Games