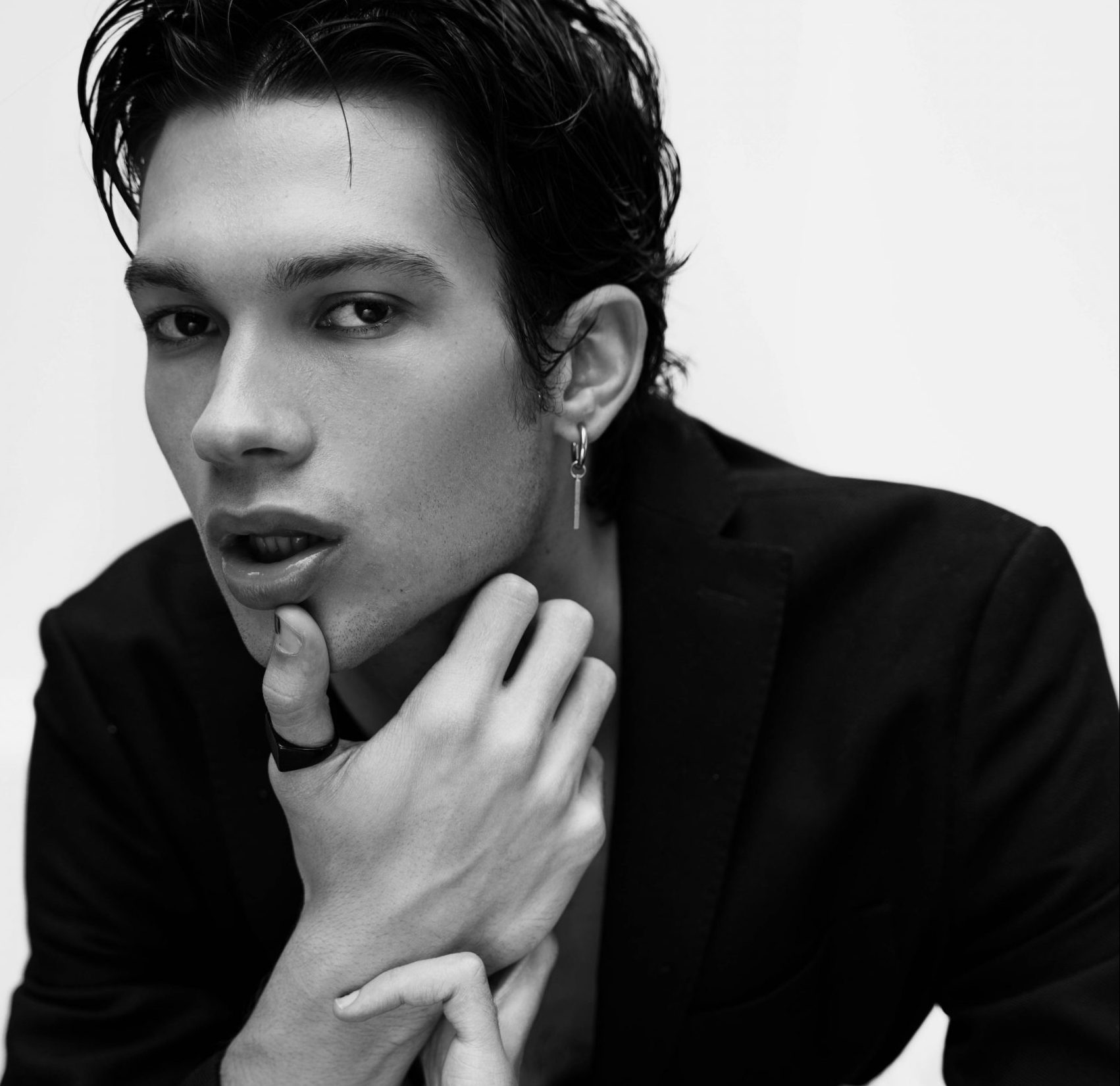 The main inspiration and start point for this editorial was the Jean Paul Gaultier 2012 Fall
Couture fashion show, which the photographer found wandering on YouTube, “it got me inspired right away,” he says. Its pieces cross the gender lines and use a lot of structured corsets, suits, and transparent pieces, creating this exuberant, chic and sexy aspect, which we love. “When coming together with the concept I wanted to show a sexy and empowered man, who can also embrace his femininity.”

“Based on the fashion show, I wanted to create a “fashion fetish” vibe, mixing male and female pieces, leather and tailored pieces to create a nice contrast. I’ve been following the model on Instagram for a while already and thought this would be a great opportunity to create it together. I’ve started looking for pieces and sewing, I knew everything was ready when I’ve found the white corset for a bargain.”

The photographer used a Sony a7 III and a Tamron 28-75 2.8 lens and it was shot outdoors in the Jardins neighborhood, in São Paulo, Brazil. “I always have a hard time finding locations, since I love natural light, but there’s a big security problem in Brazil,
and since I usually shoot by myself, I’m always afraid to risk losing my equipment. In the
end, we shot it on a Sunday so we could use the front of stores in a safe neighborhood as
an outdoor studio.”

“This editorial shows me since its conception. I love working by myself, creating the whole story from the moodboard to the editing process. It shows my style by using natural light, tailored and customized pieces, also by the clean edit. I pride myself on being able to achieve my aesthetic goals without much budget or connections, everything is a reflection of my (and the model’s) creativity and vision.”

“So wearing a corset certainly changes your state of mind”

“I wanted to create a modern, fashion-forward and chic vibe yet clean and quite minimalist.” Most of the pieces are either vintage or made by the photographer like the first shirt and leather belt. The amazing boots from the second look are by the Brazilian brand Corcel Shop, and the leather headpiece from the third look is from Petrus. “Sandrigo had just changed agencies and it was his first shooting after a while. It was a great experience and, according to him, it was the perfect situation for him to feel confident and powerful again”