Parker Queenan: to safely scare and excite you 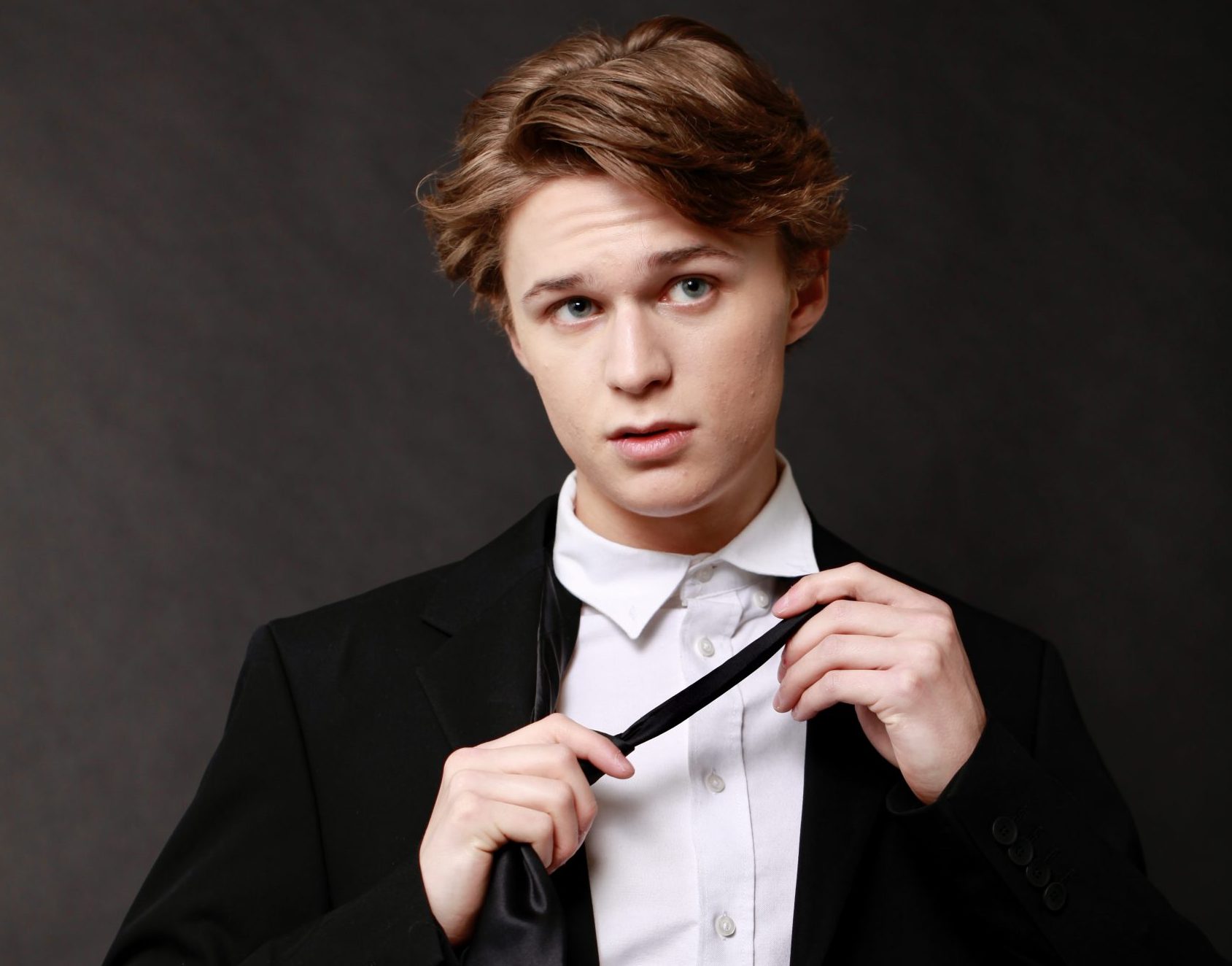 Parker Queenan is a young actor whose love for films goes beyond acting and watching movies and TV shows; he also writes, directs, produces, and is really committed to filmmaking. Besides, he is bringing a fresh face to TV classics.

As you might know, we have recently seen him in the reboot of the 80´s iconic show Punky Brewster, and, of course, we are more than excited to see him portraying Connor Stevens, the main character of the newest season of the all-time teen horror favorite show: Are You Afraid of the Dark?

I hope you are ready to fancy this exclusive interview with Parker Queenan and get to know him a little better.

When horror knocks on the door

VT: Let us start with a topic I cannot wait to talk about: Are You Afraid of the Dark? Curse of the Shadows. What can you tell us about the newest season of this iconic TV show?

PQ: What I love about the anthological style of Are You Afraid of the Dark is that we’re allowed to take our own spin on it with this new season. It’s nothing like the last season or the 90’s series. Last season was more magical; this one leans more into the horror. It brings some of the iconic elements of the 90’s fictional stories into real life as this Midnight Society pursues a dark, demonic being, the Shadowman.

VT: Are you easily scared? How did you feel when you found out you were about to become part of a scary TV legacy?

PQ: I am easily scared, but that certainly didn’t deter my excitement for this project; quite the opposite. Creating it is the fun part. It’s exciting because I’ve never had the opportunity to collaborate on horror before. Horror filmmaking especially is sort of like designing a roller coaster. It’s meant to safely scare and excite you — and everyone on set shared a mutual enthusiasm in that.

VT: What are your favorite horror movies and shows? There was something your parents did not let you watch when you were younger?

PQ: I really take to indie horror. Limited recourse filmmaking and grungy, lo-fi horror are a perfect combination, like The Blair Witch Project or the original Texas Chainsaw Massacre. They’re so offbeat, so simple (almost unbelievably fake) that it feels too far out of the Hollywood hemisphere to be anything but real. And past 3rd grade, I was allowed to watch just about anything as long as I knew what I was signing up for.

About his love for movies and TV

VT: How about Punky Brewster? This is another mandatory TV reference you were able to be part of.

PQ: Punky Brewster was a great, albeit short experience. I was supposed to come back, but the time I got to spend helping make that childhood gem come to life was very satisfying. My friends and family joke that reboots are just my thing.

VT: It is also known that, besides acting, you also write and direct. Could you tell us more about this aspect of you and the experience of being part of a whole creative process?

PQ: I fell in love with movies with almost no influence or exposure to them and did so even before I fell in love with acting. I dabbled in short films but have been mostly taking time to study the craft, history and working on my own, developing projects in the meantime. It’s just as helpful to my acting. Having a hand in the different positions of any job is incredibly advantageous.

VT: You also have shown your love for international films. According to you, why should we approach and enjoy other films or directors whose languages are different from English?

PQ: Foreign films are about the most direct and accessible method to glean knowledge from cultures we’re often unaware of — through the stories that they tell. Once you overcome the barrier of close captioning, it opens up a whole new world. American cinema can be great, but most of what we are advertised isn’t nearly the limit of the cinematic experience.

VT: You have stated you were busy during quarantine and the lockdown. How did you manage your time? What affected you the most? And, how did you keep your mental health?

PQ: The people in my inner circle certainly kept me afloat during quarantine. Beyond that, just reading, studying, and finding creative ways to spend my time or to enjoy the downtime was what I spent doing the better part of those 8 months. And truthfully, it was something of an invaluable experience — I can say that now, in retrospect, as the world begins to reopen. I feel like everyone’s skin collectively toughened as they began to learn their patterns, their quirks because there weren’t as many distractions in their way of noticing them.

VT: What social issues concern you the most? How do you think young people could help?

PQ: Of any social issues, because of the small steps we’ve taken over the past year in understanding and exposing systemic violence against the black community, I find myself most concerned with maintaining both consistent conversation and action toward equity. I think one of the most important things we all could do, culpable or not, is work to correct our own implicit biases and unhealthy concepts that many of us have ingrained in our minds.

VT: What have you not done yet that you would like to do in a near future?

PQ: I look forward to traveling if and whenever I am able to. Potentially, live in New York and, in the farther future, maybe Europe or somewhere vastly different than where I am used to. Expanding my horizons, my frame of reference is something I’m pretty excited about.

If you have not yet, go and watch Are You Afraid of the Dark? Curse of the Shadows, and stay tuned because there are new exciting projects Parker Queenan is about to bring us.

But, before you do it, please, think about the following:

The way I did, have you ever been dreaming about becoming a member of the Midnight Society? I know being part of that group of friends and share spooky stories looks pretty awesome, doesn’t it? But let me tell you this, there is a better group we can be part of, and Parker Queenan is inviting us to sign on for: the group of young people who stand up for change, inclusion, equity, and care for others. Would you join him?

In this article:Are You Afraid of the Dark, exclusive, Parker Queenan