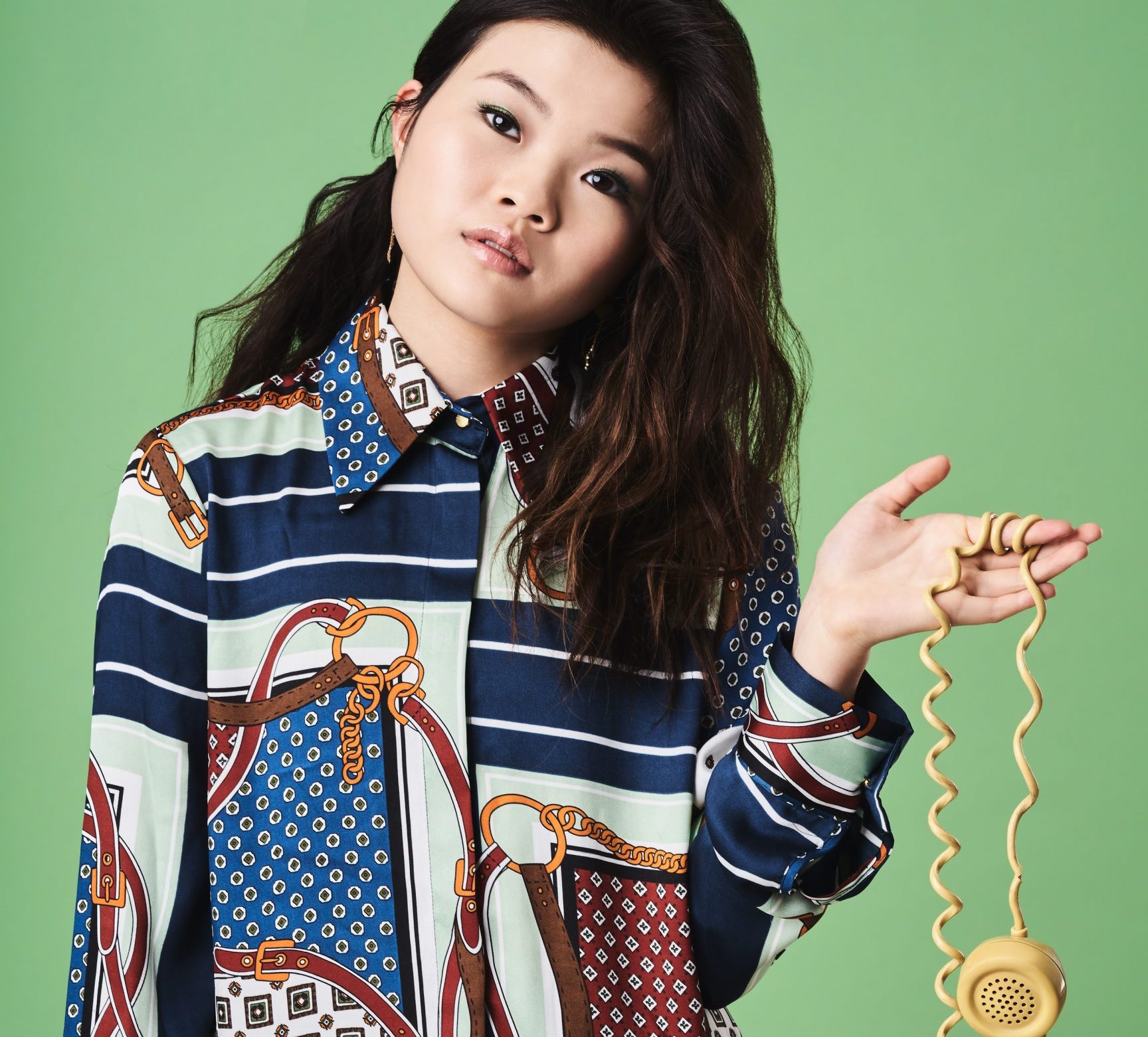 Miya Cech @miyacech has already racked up an impressive resume despite her young age. She most recently starred as a young Ali Wong in the hit Netflix film “Always Be My Maybe” and as ‘ZhenZhen’ in Netflix’s “Rim of the World”. On television, Miya starred as ‘Akiko Yamato’ in the Nickelodeon limited series “Are You Afraid of the Dark?” a revival of the popular ‘90s horror series. She graced the big screen in Fox’s “Darkest Minds”. She has also had guest-starring roles in hit shows such as season six of “American Horror Story” and season three of “American Housewife”.

Her latest role in the upcoming Nickelodeon series “The Astronauts”, premiering this Fall 2020, a brand-new live-action series following a group of kids who embark on the adventure of a lifetime when they are mistakenly launched into space. Miya stars as ‘Samantha Sawyer-Wei,’ a young girl who is a part of a group of kids who are accidentally launched into space; they embark on an adventure of a lifetime in order to find their way back home. Miya will also star in the upcoming film as ‘Sammy Ko’ in “Marvelous and the Black Hole” alongside Rhea Perlman.

Originally from Northern California, Miya Cech was adopted from Japan as a baby and raised alongside her three siblings, two of whom were adopted as well. She looks forward to using her platform to shed light on the domestic and international process of adoption. It is important to her to normalize the topic of adoption, giving children in the adoption system a platform in which they are comfortable discussing their experiences. She is active in using her voice to support the Asian community by supporting the Asian American Girl Club as well as the adoption community as it is near and dear to her heart from personal experience.

Q: How would you define yourself?

A: I think I’m tough, outspoken, artistic, quirky and unique.

Q: What made you want to be an actress and how did it began?

A: I started out as a child model because I loved taking pictures. I worked a lot for Gap, Skechers, Gymboree, and I did a lot of catalog print work. I also did a few commercials and when I was 8, I asked my parents if I could try acting. Luckily, my modeling agency was building a new theatrical department at the time so it was very good timing. I auditioned and booked Hawaii Five 0 on one of my first auditions. After that, I knew I wanted to be an actor and have never wanted to stop.

Q: What inspires you and what keeps you pushing yourself on a daily basis?

A: I’m inspired by the kindness people show me and by the example the adults in my life set for me. I never forget how lucky I am as a young Asian American kid, an immigrant, that I’m able to do what I love and make people smile. I’m also inspired by being able to be a positive role model for younger kids.

Q: What meant to you being part of the Nickelodeon series The Astronaut? What did you like most about it?

A: Being a part of this series meant so much to me because I love space and Sci-fi. When Nickelodeon approached me with the project and I found out that Ron Howard, Brian Grazer and Imagine were producing the series, I was so psyched and knew that I 100% wanted to be involved.

Q: What is the best and worst part of being an actress?

A: The best part about being an actress is getting to be a different character and tell a different story with each role. I get to explore that character and bring my own personality to each role. The hardest part is that not every role you love is right for you. You have to be able to deal with disappointment.

Q: Besides acting, which other hobbies do you enjoy doing?

A: When I’m not acting I love art, playing video games and listening to kpop. I love to read so if I’m resting, it’s usually with a good book.

Q: How are you dealing with the situation society is going through now?

A: I’m trying very hard to stay positive and talking to friends and just trying to be productive. I try to maintain a daily routine that includes yoga and exercise in addition to keeping up with my schoolwork. I’m also doing a lot of cooking and baking and helping my parents with meals.

Q: Beat advice anyone has given you?

A: I’ve been given some really great advice by so many people and I think it’s really shaped me as an actress. The best advice I’ve been given and that I try to give others is to trust the journey. You’ll get way more no’s than yes’s but everything happens for a reason. Every no will eventually lead you to something you want even more.