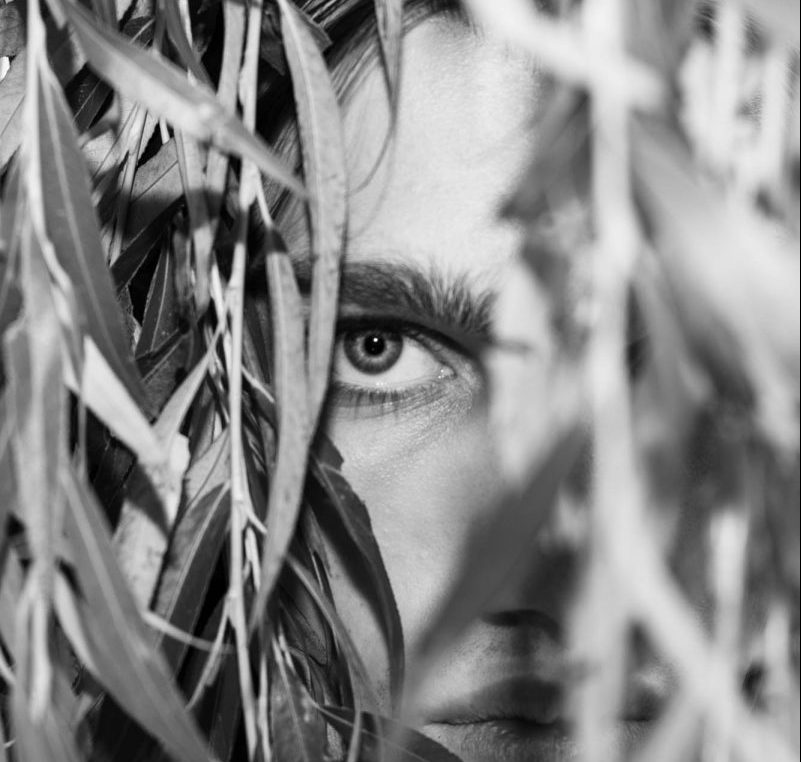 Sometimes the beauty of an editorial comes from the spontaneity of the moment, and proof of this is this editorial as it was originally going to be shot in a place in Paris, but as it was closed on that day and with little time since the next day model Charlie had to leave, the photographer had to change almost everything and look for new ideas on the spot, managing to find a minimalist and raw background, which highlighted the bones, eyes, and strong lines of the model’s slim body.

“Sometimes I create a moodboard and search for a person who might play the role of model, but sometimes it’s the opposite: I see a model and he inspires me to create a photo series. I saw Charlie and I immediately knew I wanted to shoot him & work with him, he has very unique face lines, mixing ‘male’ and ‘female’ beauty elements, if only a beauty has any gender. And I was particularly attracted to his eyes, something wild in them.” photographer Awa Fijolek commented about the inspiration behind the shoot.

Awa Fijolek defines her visual style as having as her main objective to uncover and discover different kinds of male beauty. According to her, alpha male beauty has never been of her interest. To her, masculinity needs to broaden its definition and that’s something she is aiming for as a photographer.