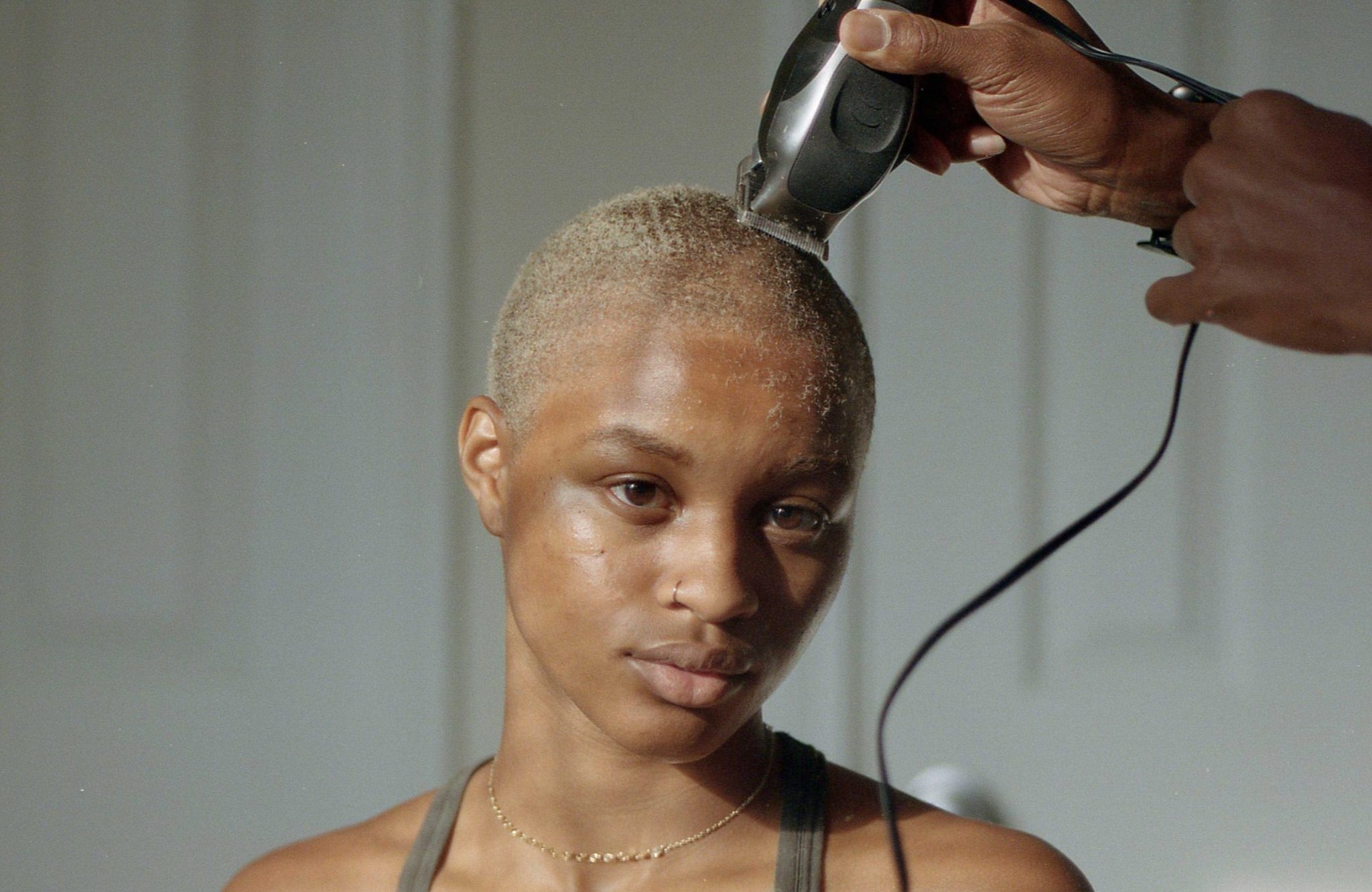 We had the incredible opportunity of interviewing North Carolina-based photographer Kennedi Carter @internetbby, a 21-year-old photographer with a primary focus on Black subjects.

Despite being so young, she has already achieved so many goals in her career, being awarded with the British Journal of Photography Ones to Watch and Pride Photo Award, both in 2020. She has also worked with great and really important magazines such as British Vogue, GQ, The Fader, Essence, The New York Times, Men’s Health, TIME, and Refinery 29. In addition, she photographed Beyoncé for the December issue of British Vogue becoming the youngest person to ever photograph the cover.

Her photography focuses on Black subjects because, as she told us, she loves “telling black stories and finding the ones that are often either underrepresented or ignored or that were left out.” Carter gets inspired by “just seeing people live (…) and seeing them doing the things they love and being around the people they care about.” Her love for capturing intimate moments and emotions also mirrors her desire to tell stories. “Ridin’ Sucka Free”, one of her favorite projects that aims to highlight Black cowboys in the South.

“I think there’s something so cool about horsemen and I think it’s more so because of the fact that they do it just because they can.”

Q: First of all, let me tell you that your work is just incredible. What made you want to pursue a career in photography in the first place? Can you tell us a bit about yourself?

A: I’m from Durham, North Carolina and I started photography back when I was in high school and I thought it was going to be an easy curse but it wasn’t but I ended up liking it a lot. I kind of stuck with it for a bit of time, more or less for the three years I was in high school. I went to college for a bit and I ended up not liking the school too much, so I took a gap year and I started taking on assignments and I ended up enjoying it and not returning to school.

Q: Images are a powerful way of communicating and telling stories. How do you like to use this tool to send powerful messages? What do you want to tell the world through your art?

A: I think, and I say this a lot, but seeing yourself can make a huge difference because there can be a point of reference when you are trying to imagine the things you want to be, and seeing someone else doing it can be very empowering. I just think when I make my work I want to show different possibilities.

With my work, I like telling black stories and finding the ones that are often either underrepresented or ignored or that were left out. I think that’s what I aim to do with my work.

Q: Having seen some of your projects it is obvious that you tell stories and personal experiences. Do you have a special or favorite story?

I think when I worked with horsemen that were one of my favorite stories. I think there’s something so cool about horsemen and I think it’s more so because of the fact that they do it just because they can, it is not like agriculture that you are making a product that you can sell. Most people that ride horses ride them just because they can and they want to and that’s a very beautiful thing, that’s why I like showing parts of this way of life.

Q: Your bio says that your work “highlights the aesthetics & sociopolitical aspects of Black life as well as the overlooked beauties of the Black experience: skin, texture, trauma, peace, love, and community.”How do you showcase all those features and how do you share all those ethereal emotions through your photographs?

A: I think I am able to show those emotions by figuring out how to connect with people and let them get their guard down. I think I do that just by being around them or trying to be around them for long periods of time. I think most of the people I photograph I’ve known them for a while, and it just makes it easier for them to open up for me to get to know them. Overall, finding experiences I relate to myself and others can relate to as well.

Q: In addition, your work also “aims to reinvent notions of creativity and confidence in the realm of Blackness”. Which are your main goals and how do you want to achieve them? It is a tough but very honorable journey.

A: Being represented and feeling represented can do all of these things and I think it can make you feel good and beautiful, I appreciate it, this is something overall confident. I think I achieve that by working with people who are proud of where they are and proud of who they are and hoping that people will connect with it. Each experience I have brings out a different creative notion and I just react to it with each different person. I think that’s why I’m trying to do.

Q: As Beyoncé’s incredible visual album “Black Is King” launched this year, would you say you have been inspired by it in any stage of your life or career? What inspires you on a daily basis?

A: On a daily basis, just seeing people live is what inspires me, and seeing them doing the things they love and being around the people they care about. I like capturing a lot of intimate moments and forming new things thinking in hindsight or towards the future, realizing how to work that I not only create but people in general create will be used as a tool to reference the early 2000s because I feel that the early 2000s isn’t just 2005, it’s gonna be now and fifty years from now. That’s something that is inspiring to me, that the work we are creating now will be used as a reference in the future.

Q: 2020 has been a rough year but it seems that it went pretty awesome for your career. You won the Pride Photo Award 2020 and the British Journal of Photography – 2020 Ones to Watch, and of course you also worked with Beyoncé herself for the December issue of British Vogue. How have you been feeling throughout this year? How have all these big events made you feel?

A: They have made me feel good but they didn’t just fall from the sky, I just have been working towards something and it ended up paying off.

Q: You have a great career ahead of you and I’m sure this year has opened many doors for you. How would you like to be in a couple of years from now? How do you see yourself in the near future?

A: In the near future I see myself moving out of my family’s house, more than likely still in North Carolina. That’s kind of what I’m looking for in the near future, but I’m also open to anything.

Q: To conclude, would you like to send a message to our readers, to youth in general, to those who want to be like you and creatives who want to be successful in this field? What’s the best tip you could give them?

A: I would say just keep shooting, reach out to editors, and meet people whose opinions you can trust because critique can help your work so much. If you want to get better at something that you should do is just keep working, just literally keep making work and you’ll know what you like most about it, your style, you just realize so many things. And of course, that nothing is immediate, it takes time.

In this article:exclusive, Kennedi Carter