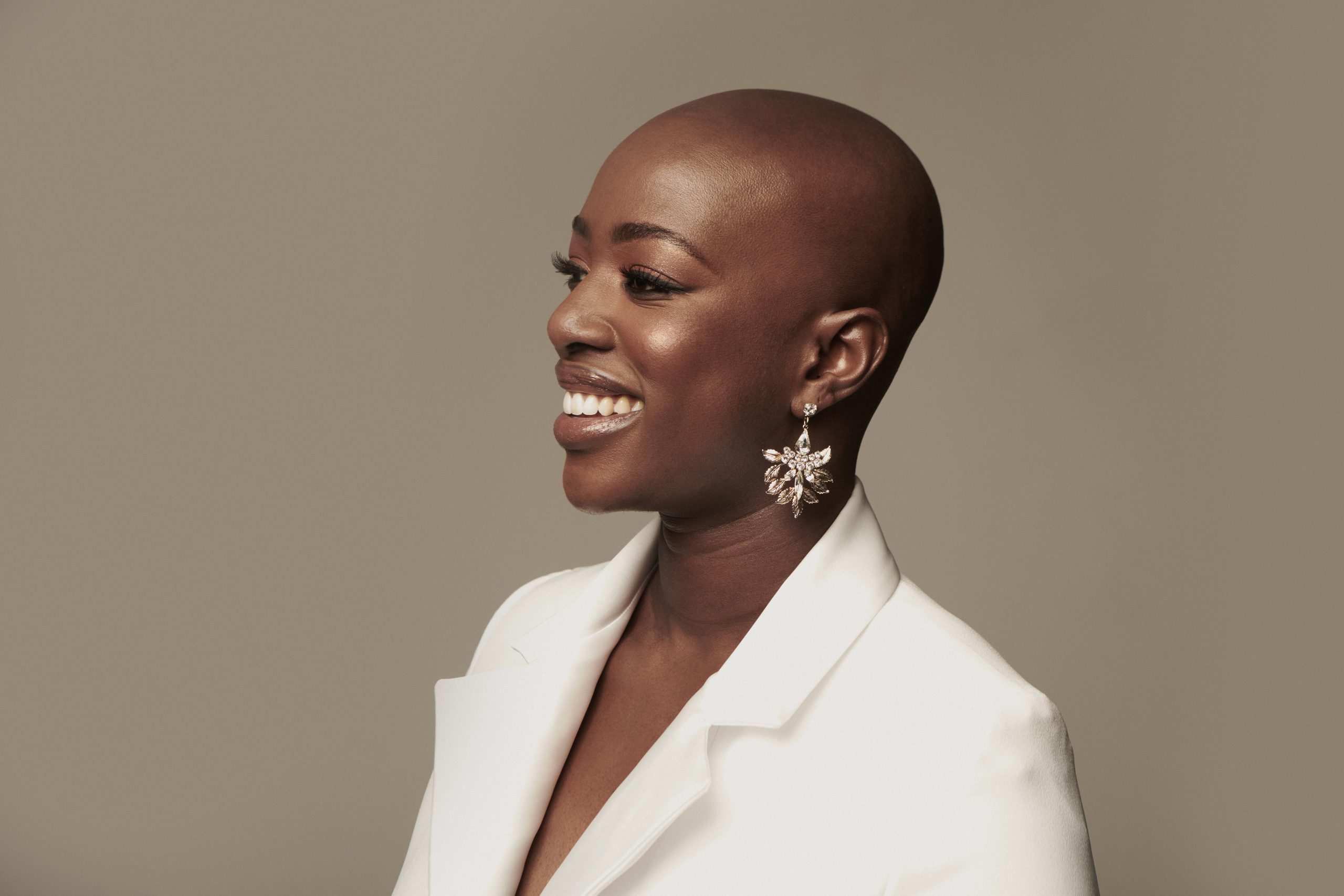 Jennifer Saayeng is quite intimidating for all the right reasons. This thespian is a force of nature who shows female empowerment way beyond those outdated paradigms that used to portray women as some sort of men’s satellites. And guess what, all that and more without being a light-skinned teenager nor presuming an infinity hairstyle, just by the grace of her presence, charisma, and truthful talent.

Currently, you can see her as Nerva in Raised by Wolves, so, since the second season of this TV series is closer than ever, we had a conversation to talk about this show, plurality in media representation, and her love for performing arts.

So, do not hesitate to read this exclusive interview with Jennifer Saayeng only for Vanity Teen.

The work is so varied

VT: How do you remember your first experiences as an actor?

JS: Yes! It was enjoyable from the get-go. I just remember the joy of being on stage in front of an audience, whether that was reading in my school assembly or my first school play which I think was called Flower Power.

VT: Is there something you always do before getting into character?

JS: I always do some sort of physical and vocal warm-up, whether that’s just lip trills and sun salutations or something more physical. Normally, I listen to music to find the right mood for a scene or tone for a character. Or just to get riled up to start filming.

VT: What do you like the most about being the narrator or a voice-over actor of documentaries, podcasts, films, and video games?

JS: I enjoy the non-repetitive nature of it; the work is so varied. I like the education involved, where I’m delving into various industries and professions. I often end up learning little bits about things I’ve never come across before. I recently voiced an NHS video on the impacted fetal head during a C-section, and I was in session with a top Gynaecologist, which was truly fascinating. Then in the following session, I was channeling the voice of a cow, which wasn’t a cartoon.

VT: Let us talk about Raised by Wolves. How has been the experience of being part of this beloved and high-profiled TV show?

JS: Raised By Wolves is an immense and amazing show to be a part of. The sets are incredible, and the beautiful natural landscapes are breathtaking. It was great to be working in the great outdoors of Cape Town.

It’s important to note that it really does take an army of people to make this show happen. Normally, the actors get most of the credit, but no matter how hard we work, really, we’re a small piece of a phenomenal puzzle.

VT: You portray Nerva in Raised by Wolves. So what can you tell us about her in this second season?

JS: Nerva is a very clever hustler. She sort of rules the underground scene of the tropical Zone. She’s quite intimidating and knows what to do to exactly get what she wants.

She’s tough and a bit of a badass, but there’s also a very soft and maternal side to her that we see develop.

VT: Which plans do you have for the future?

JS: I am keen to keep working on screen in a big way doing more interesting TV and film. I’d love to work on something typically British, a hard-hitting mini-series or drama.

VT: Do you remember the first time you felt proud and represented for any character of a film or TV show? How was that to you?

JS: Looking back when I was growing up, I realize the shows that I related to and loved were the ones in which I saw myself and my family most closely represented. EastEnders was the British show I watched religiously.

I also enjoyed watching the Real McCoy, where I saw elders of my family reflected and recognized in the humor. But my absolute favorites were on American TV: Fresh Prince, Sister Sister, Moesha, and Keenan & Kel.

VT: What would you like to say about plurality and representation in current media?

JS: Clearly, representation is extremely important. I hope to be that for generations following behind me. Thank you to those who are doing and have done their major bit to enforce change.

Although we’re not there yet, let’s keep moving forward, so there’s less to comment on, and representation of all humankind be simply the norm.

JS: Change is happening, although it might be slowly. Keep speaking up, calling it out, and fighting the good fight.

JS: Raised by Wolves is available from 6 April on Sky Atlantic and Streaming Service NOW

Jennifer Saayeng’s disarming smile is just a reflection of her charm and talent. So, I hope you, the same way I did, could enjoy her honest answers and realize, once more, the power of film and media in our lives and the importance of feeling represented no matter how you are or feel.

If you were not familiar with her projects, I invite you to keep knowing about her following her social media @jennifersaayeng. But if you were a fan already, let´s keep celebrating her work and share her message of inclusivity.