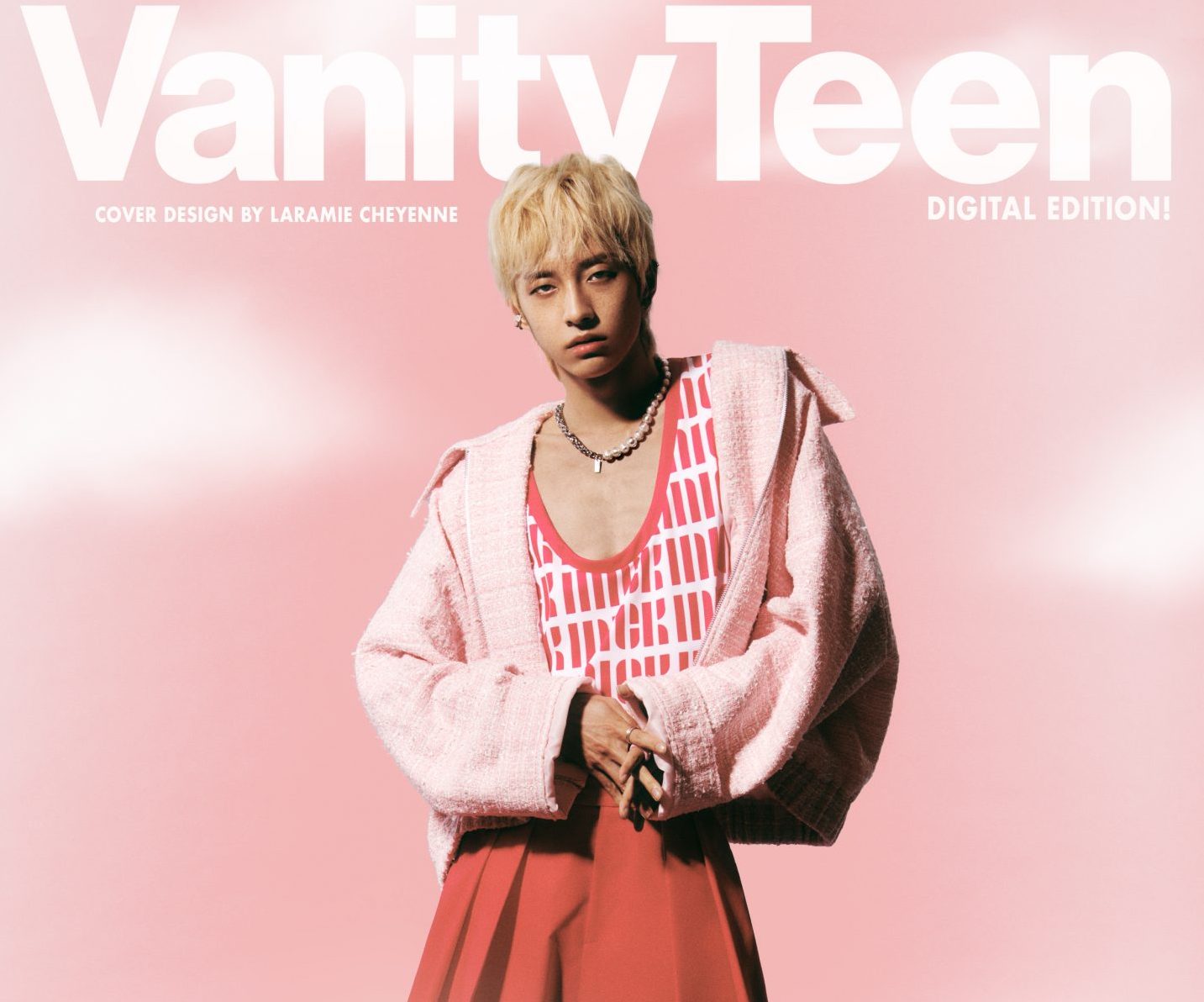 Singer, songwriter, and actor Holland (@Holland_vvv) is a driven star on the rise, who’s unafraid to be himself – and if his authenticity bothers you, that’s your own problem. While the 26-year-old artist might have garnered over a million followers on Instagram and shared his art across various platforms, his journey to get to this promising point has seen obstacles that are fairly unique to the general K-pop experience. As the first openly gay pop star in South Korea, Holland wasn’t able to take the traditional route of the trainee with a major label, (a partial result of same-sex partnerships not being recognized) which left him discouraged, but unwilling to give up.

By the time he dropped his own self-funded single “Neverland” at the top of 2018, he used his own platform to speak up for other LGBTQ+ idols by depicting a same-sex pairing, and the track’s music video surpassed a million views within a day of its release. From there on, Holland would unveil several singles, a mini-album, and a European tour, all while continuing to speak out about injustices and discrimination – including the toxicity and hate crimes he’s experienced firsthand.

Through all of the hardship, Holland’s talent and drive were unable to be dimmed by the ignorance of others, and his recent ventures have proven that his craft is rapidly evolving. Just this year, he’s taken on a leading role in the web series Ocean Like Me and shared a glimpse at studio time on his social media platforms, so it’s only a matter of time before a more mature, centered Holland comeback is on the way.

In addition to fresh festival appearances, his K-drama role, and other creative projects in the works, the independent artist is officially our new Vanity Teen digital cover star to break everything down!

One thing that I think is extremely admirable about you is that your entire K-pop debut is built on authenticity – regardless of the ignorance that comes with that for being a member of the LGBTQ+ community. Was that choice regarding honesty something you were always sure of or was it motivated by a particular moment in your own life?

Holland: During my childhood, I was assaulted a lot because I am gay. This has created a huge trauma in my life and I grew a desire to prove that I deserve to be loved. At the time, I took big comfort from not family members or any friends, but from pop stars’ music and their supportive comments [in support of the LGBTQ+ community]. Since then, I believed that people could need to see someone like me and I tried to make it happen.

Despite these hardships, one truly special factor is that the people you now surround yourself with appreciate you without boundaries. How long did it take you to find your own solid team or a group that you could feel comfortable with within the industry?

Holland: It is actually a pretty long story so I usually don’t mention those earlier times often. But I can say that it took me about four years to get here. Before meeting [this current team], I had to meet my lawyer countless times and spend a lot of money on contract issues though.

You’re also not afraid to put in the work to achieve your dreams and have shared that you worked multiple jobs to create music in the past. Now, you’re at a very different place that you really created all on your own, which is very inspiring. When you reflect on those tireless times, were you confident that you’d be able to get to this point?

Holland: I wasn’t confident at all. Every day was a series of uncertainties, and I was lost for quite a long time. However, it was fans’ support that made me come this far. I exist and live for them only.

In terms of your own music so far, you’ve already attained millions of streams and views collectively! How would you say that love and feedback from your fans have helped shape your musical identity?

Holland: It’s just that I have fans who sympathize and support me when I tell my story. My song “I’m Not Afraid” is a tribute and shows my thanks to the fans. I wanted to tell them a message that I am no longer afraid because of you. The messages from the fans always have a big influence on me.

Aside from your OST, it’s been a minute since there’s been a Holland release, but people who follow you on social media know you’ve been enjoying some studio sessions lately! Any hints at what type of music is on the way?

Holland: I could not release any albums since the pandemic started, so I’m putting my heart and soul into it right now. There will be a big style change in music and visuals to prove myself as an artist who grew up by keep trying hard to be at a higher level. However, I can’t tell you the details now since there are many considerations still ongoing and have so much room for changes.

There’s a big genre fluctuation right now in music, where you can kind of see artists plug themselves into different eras – are there any drastically different styles you’d like to experiment with?

Holland: I think now is a time for me to prioritize finding my own music color still, rather than following any current trends. I’ve been listening to so many genres of music, and, these days, I am into disco and house-based music which I would like to try later, but I am not certain because my taste always changes.

Speaking of your OST, people adore your web series Ocean Like Me! What have you taken away from your debut acting role, and would you like to continue down that path?

Holland: Acting! It was so much fun. I’m satisfied even though it was my first attempt. [People] may think I am not strict on my acting, but I’m content because I really enjoyed it. I hope people could find me in many places [and roles] as an actor as well in the future. It is always fun to show various sides of myself.

I’ve also noticed that you’ve garnered the attention and respect of a lot of your peers, which must feel really rewarding given the uphill battle you’ve faced since debuting. What are some of the best advice or words of encouragement you’ve received from a fellow artist?

Holland: When someone wants my support or collaboration, I get this feeling that I am getting recognized bit by bit. However, I try not to be conceited from many encouragements or support because I do know that I still have many ways to go, but I really thank my colleagues who tell me ‘You are already the best.’

The fact that you’re expanding your career while experiencing love seems to be a rather big part of your life at the moment!  Outside of that, what are some of the things that you’re currently most grateful for?

Holland: I am most grateful to fans who have waited for me for three years now. During the years, we had a really hard time, so I would like to thank and tell them that I am very proud of what we went through together.

Finally, what kind of parting words do you have for Vanity Teen readers and your ever-supportive fans?

Holland: Trust yourself and act. Be more serious about yourself than anyone else, and please keep in mind that I love you. 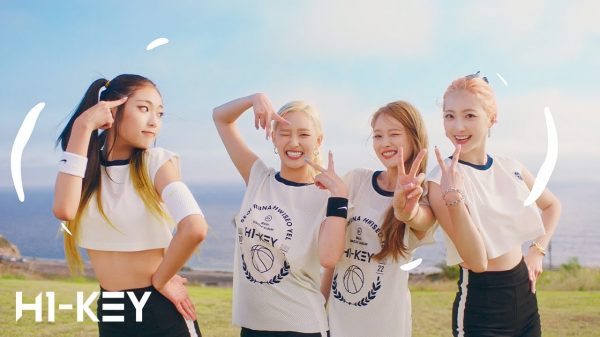 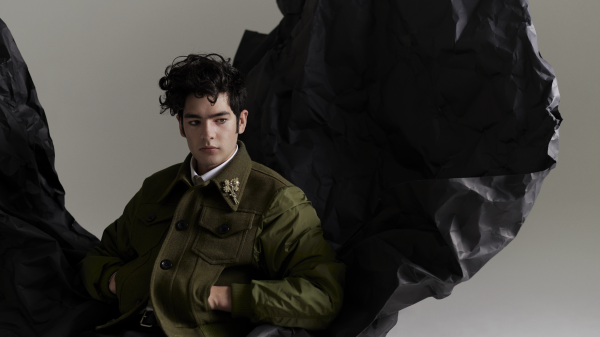 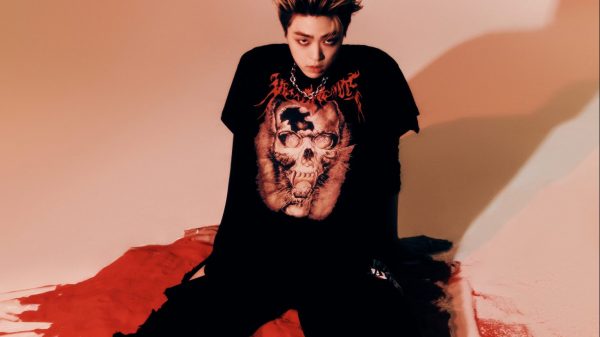 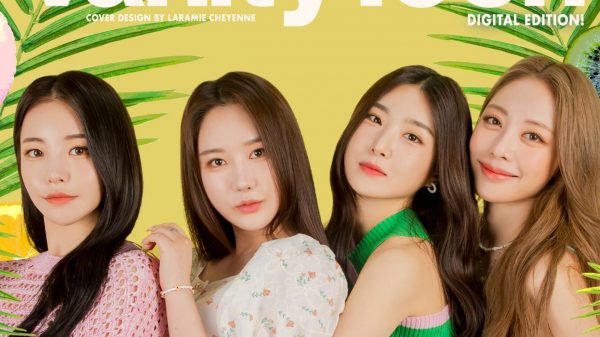 The instantly recognizable group Brave Girls (@bravegirls.official) causes an immediate reaction to those who know the four women at its creative core, or at...