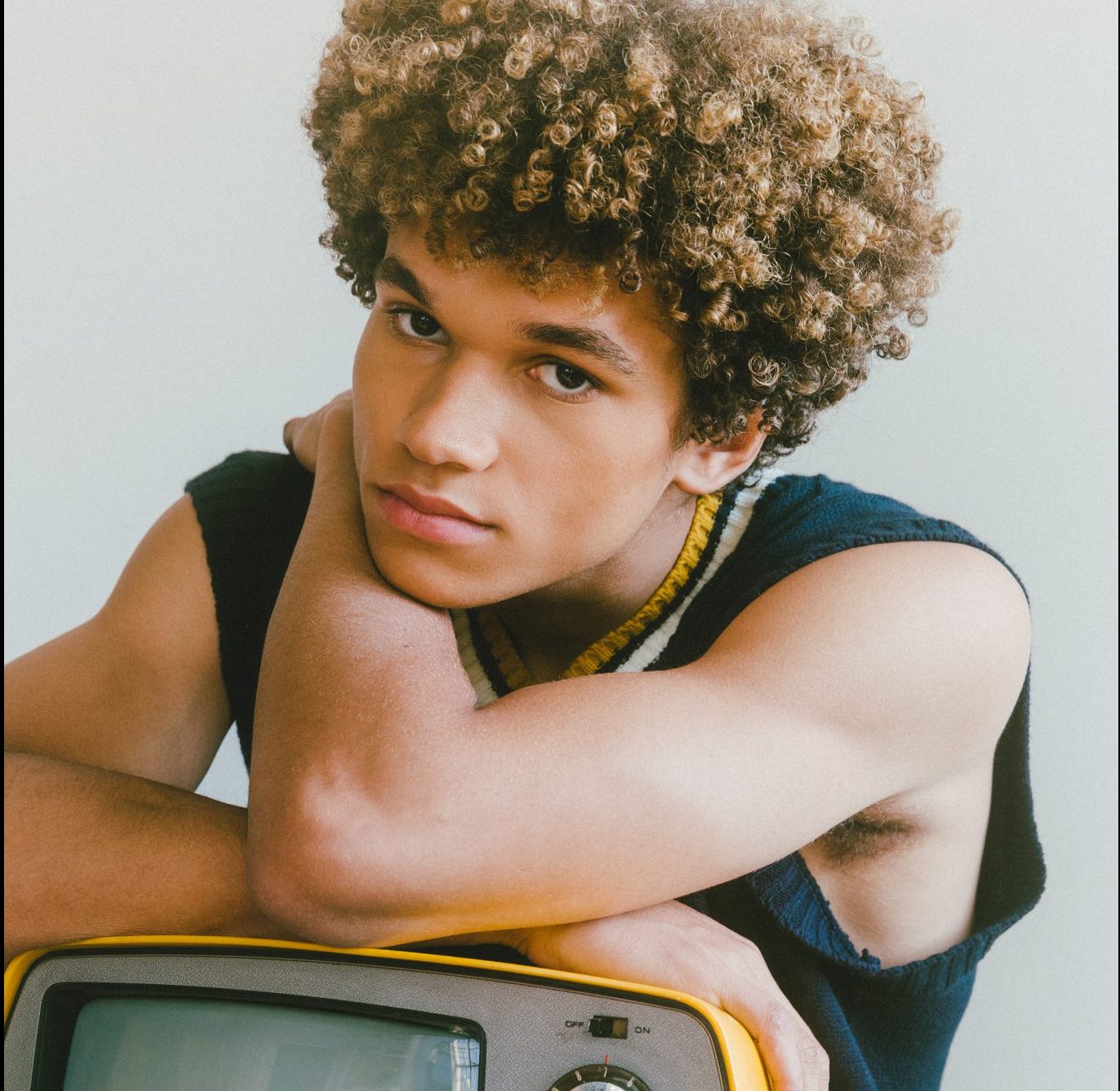 Armani Jackson is ready to release She Won´t Stop, his latest single available everywhere this August the 25th.

We know him for his acting, music, and his enthusiastic and positive content on social media. However, as you will see in the following exclusive interview for Vanity Teen, he states that, when younger, he used to be the shyest kid you’d ever meet.

In this conversation, we talked about his life, new projects, and how he has become the guy he is nowadays. Keep reading to know better this talented young man, and find out how he left shyness behind and started to embrace life to the fullest.

VT: You have been in the entertainment industry since a young age, and we know that your parents know this industry very well. That been said, how were their reaction and support when you decided to pursue a career in media and entertainment?

AJ: My parents have always been supportive of my career. My mother has helped me with my career and got me into it in the first place, since the very beginning, and already had a good understanding of it given her background as an international model.

If anything there, it wasn’t much support from my friends at the time, and I remember a lot of kids I knew had strong doubts about my interest in this career.

VT: Do you remember your first time on a set? How are those early years compared to now?

AJ: My first time actually being on set and acting in something was on a show called Man Up.

I guest-starred when I was 6, and the scene was that of a young girl at school, around my age, who was waiting for her mom to pick her up from school, was twirling around the light post outside of the school. My character, who played her friend, comes up and hands her a 5 dollar bill saying: “Here’s that 5 dollars I owe you”. So the mom drives up, and it looks awfully close to what it would look like for a stripper to be given cash at a nightclub.

I never realized that until I got older. I definitely became a lot more aware of my material as I grew. I still get that extreme amount of happiness from being on set that I did when I was younger, and I don’t think that will ever fade.

VT: What would you like to share with us about portraying Joey in Chad, one of your latest acting projects?

AJ: Playing the character Joey in Chad has been so much fun. Joey is nicer to Chad than most of the other boys. Sometimes Chad does some unforgivable things, but Joey remains more disappointed than upset.

Onset, they allow the actors to be able to improvise as much as we’d like and change some of the lines if we think of something funnier or more fitting.

Getting that freedom on a show has been a blast because I often want to change the way something is said or written with other projects; and with Chad, we don’t even have to request it; we can just try it and see what works and change it up each take.

VT: Let us talk about your music. Is it a new experience for you? Or despite been making music for a long time, you considered that it was the right moment to release some tracks?

AJ: I actually started music just about a year ago in the pandemic. I had always wanted to make music but, I was afraid to actually go and MAKE music. I was also very young and didn’t have the proper songwriting tools just yet. I was very shy when I was younger, so even starting acting for me, was crazy let alone now music.

I made my first song last June called Almost Perfect, and it was the first and only song I’ve made that I didn’t fully write. After I made Almost Perfect, I immediately wanted to get into singing and was aching for the next studio session. Eventually, I started working with the producing duo The Morgue; they’ve been perfect for me and now produced almost all of my songs.

VT: Since you write your own lyrics, it seems like writing is therapy for you. Am I right? How is that process of showing the ways you feel through lyrics?

AJ: Yes, I always write for myself and write what I want to hear. I try to use lyrical storytelling in a fresh way, and It’s nice because I get to make the music I like Instead of the usual finding a song relatable and applying it to my life.

If I’m sitting around, and I think of a song concept that I wish was already out, I’ll just go make it myself, and it satisfies that feeling, especially because I’m the one that made it. Taking your own words and feelings and applying them to a song that’s filled with gorgeous production and rhythms and then hearing the end product is one of the best feelings ever.

VT: How is it for you to know many teenagers recognize themselves in your single Haunted?

AJ: It’s really nice to see people relate to my music and see themselves in it because I haven’t had much feedback on my music; until recently.

When I started making music, I wasn’t hanging out with many people and didn’t show many people the music I was working on. It’s been really cool to hear the feedback and get my music out there for, and see what people like.

The shyest kid you’d ever meet

VT: What can you tell us about your future projects?

AJ: I have many more singles coming out this year. I want to just get my music out there at first and I will be releasing a song very soon.

I’m filming a movie later this month, and I’m going to be working with the Stargate producers in the fall in an intensive 9-month program where they bring in some of the biggest songwriters and producers, and label execs to meet and work with us. Of course, they will be producing our music too. I’m super excited about that opportunity.

VT: What do you think about the importance of having young people using their voices and platforms to speak out about the things that concern them the most and join forces asking for social changes?

AJ: I think right now the influential youth voices are most important in order to shape our newer generations into good people.

My mother, sister, and I started a production company earlier this year called Blue Velvet Productions to give an outlet for young & diverse filmmakers who want to get their stories and ideas made but don’t necessarily have the resources or connections just yet.

VT: Which message would you like to share with those teenagers who could be holding up bad feelings to themselves and might be needing to talk to somebody about mental health?

AJ: I like to remind my fans and supporters that I used to be the shyest kid you’d ever meet. I could barely even speak to people in public because of how shy I was.

I never thought I’d be acting, let alone acting and singing, so one thing I can say is that even when you think you can’t do something or you’re too nervous to try, it is still very possible, you just have to make small steps towards your goal.

If there’s something you want to do, but the only thing holding you back from it is shyness or fear of failure, then you should try to make one small step towards your dream, and soon enough, you’ll get there.

AJ: Go watch CHAD and stream HAUNTED on all platforms, and I hope you enjoy my new singles coming out very soon!

Armani Jackson may consider he was the shyest kid around, but his family and close ones were there to show him that by expressing his feelings, he would get better. He paid attention to them, and, since then, he has been sharing with all of us, through his music and acting projects, how amazing he always has been.

Nevertheless, the most remarkable thing about this story is that Armani Jackson now glows with kindness and, everywhere he goes, his presence makes you smile by letting you know that, despite all the crazy things that might be happening around, there is beauty in the world and is worth looking for it.

Let us stay tuned with his new projects and stream his music to enjoy more of him; but most significantly, let us keep in mind his message, and let us remember that fear and shyness might be holding us back, but with determination and taking little steps, we all can discover our full potential, feel better with ourselves, and spread joy with those who surround us. 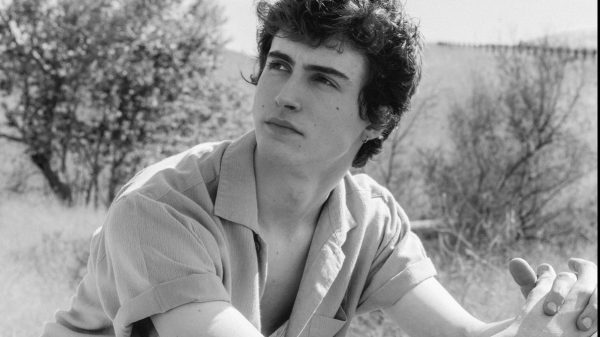 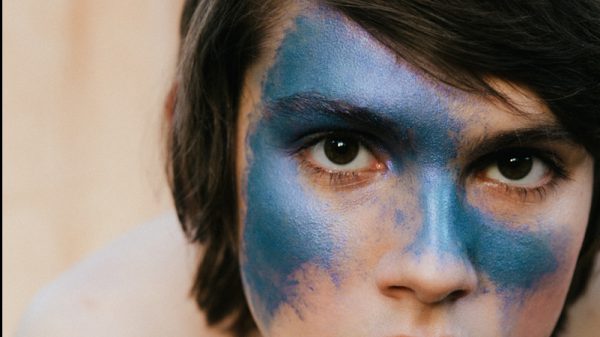 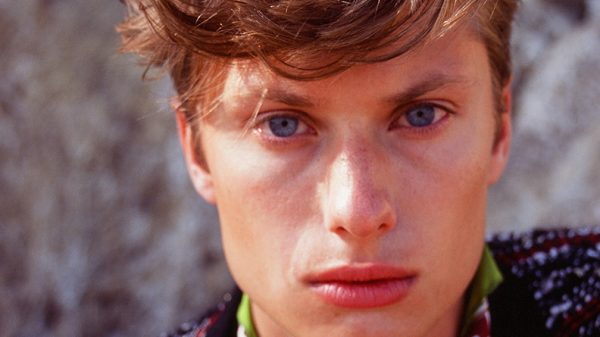 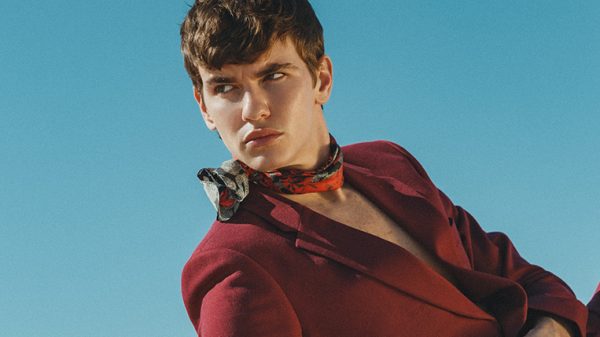 The Imperial by Daniel Jae Oliva

Daniel Jae Oliva @bydanieljae, who works as a Creative Assistant for a men’s clothing company in Orange County, California, and who has been working freelance...