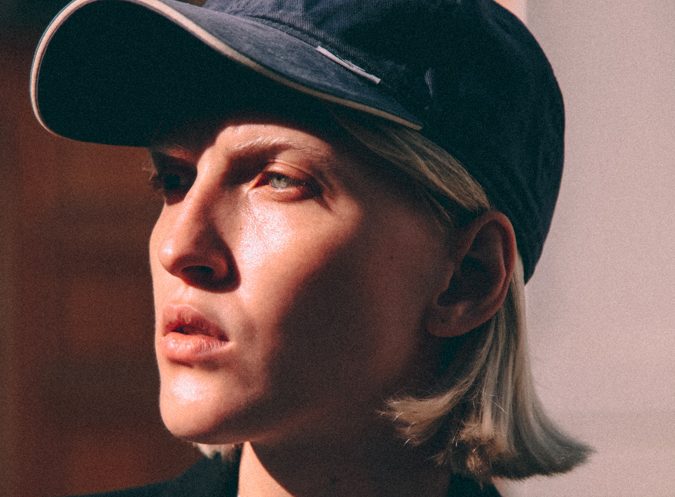 Photographer Aleksey Zubarev @zubarevaleksey presents Versus, I’m Coming, a fashion editorial exclusively created for Vanity Teen online with the model Kate Grechenkova @katya_grec represented by The Claw Models @theclawmodels who also worked as a stylist for this editorial.

The editorial was inspired by shooting by VersusVersace of the 90s. “In my shooting, I tried to embody the modern street style of young people in the format of the spirit of that time, so that it looked like echoes of the past,” says the photographer Aleksey Zubarev. “It’s not about the clothes, but about the style, which is manifested in the poses, feelings, and inner confidence of the model.”

“I wanted to take the maximum of the nature of what this model really carries in life as a reflection of the spirit of youth and promote it in a more adult version supported by history.”

The equipment used for this shot was a Сanon mark 2 and a lens Canon f4 24-105mm, and it took place in the Central Park of Culture and Recreation named after S. M. Kirov on Elagin Island in St. Petersburg, Russia. “This place was taken for a reason because for me Versus Versace is a combination of ancient beauty, which is manifested in ancient Greek statues, palaces, with a sexy bold note of individuality, modern youth.”

“Everything new is just a well-forgotten old. Style is the only thing you can’t buy. It does not depend on what kind of bag you have, on its brand or price. Style is a reflection of our soul, it is an emotion.”

With the first look, the model feels as natural as possible, as if she has just returned from a party from a club. On the second there is some inner power and sexuality. The third bow says that it’s time to go out for a ride on a skateboard, it’s a freedom of a day. The fourth one acquires a certain rigor and intellectual component, as if she is going to university, and ends all with a walk in the park, in the evening with friends, this is indicated by a jacket after studying In short, the whole shooting is like one day in the life of young people.