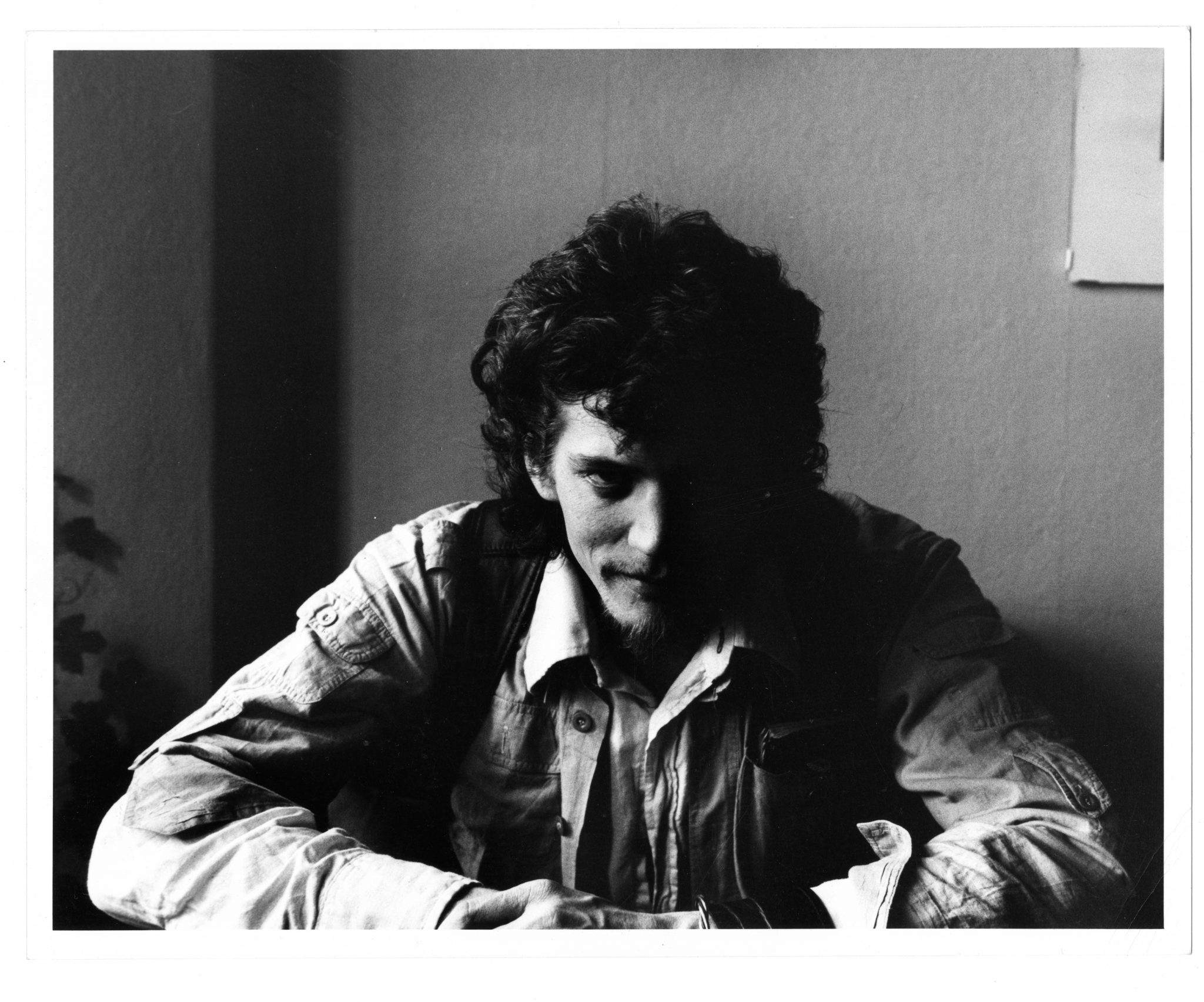 Tom of Finland Foundation is the entity in charge of preserve the legacy of one of the most trailblazing artists who stood up for the underrepresented and those who were marginalized due to their sexual preferences and the way they wanted to represent them in art in modern times when people who did not follow heteronormative rules were censor and heavily discriminated.

The photographic exhibition is currently being exhibited in Fotografiska, NY, until August the 20th, and everyone is welcome to experience it.

So, read the interview below to know more about The Darkroom, Tom of Finland, why his artwork is so groundbreaking, and the reasons his message keeps being relevant.

VT: It has been over a century since Touko Valio Laaksonen, who later would become the legendary Tom of Finland, was born. What do you consider modern art owes to his legacy?

DD&SRS: The sphere of modern art has associated the terms “liberation” and “freedom of expression” with Tom of Finland because he laid the groundwork for artists not to allow society to dictate censorship of the work they were creating.

He liberated his fellow artists with him being the forefather of creating what was in their hearts and that sexuality was an inherent aspect of who we are as humans; he elevated the male figure, returning its representation to earlier periods.

VT: Thinking about those who might not know it yet, how would you define the Tom of Finland Foundation?

The Darkroom: Tom found a way

VT: What is The Darkroom, and what can you tell us about this exhibition at Fotografiska, NY?

DD&SRS: You start with “why photography?”. In the 1950s, Tom needed to find the means to duplicate his work so that a wider audience could appreciate it. It was impossible to take it to a photo lab for reproduction as homosexuality was illegal in Finland. Being resourceful, he taught himself the skills needed for the task at hand: Tom learned photography, from shooting to film development to photo printing.

Back in those days, to circumvent postal customs, everything needed to fit inside an airmail envelope, which was approximately 4×5 inches. So, there it was, though risky, Tom found the way to get his art out to his growing fan base. The Darkroom exhibits works he did focusing on his stable of models and celebrities.

VT: How was the participation of Berndt Arell in the development of this project?

DD&SRS: Berndt Arell, on the level of a curator, made this project come to life! We had previously conceived of and even exhibited a few of Tom’s photographs, but it was under Berndt’s wise eye and connections that The Darkroom came to see the light of day.

VT: It has been announced a new release of the book Tom of Finland: The Official Life and Work of a Gay Hero, by F. Valentine Hooven, III. What can you share with us about this latest edition?

DD&SRS: It is the most up-to-date book on the artist, with photos, illustrations, and beautifully crafted text. It documents both the art and the artist’s career that spanned five decades. It has more visuals than any previous edition and gives important context and a deep insight into Tom’s life.

VT: Having in mind all the struggles and difficulties Tom of Finland had due to what he portrayed in his art. Do you consider our schools should teach about those art heroes, like him, who have been put apart by some curators over the years? Why?

DD&SRS: Tom of Finland is used as an example of a master artist in many art schools. What is not taught was his influence on gay liberation. He himself would state that he was not political; nonetheless, his work provided the sex-positive examples needed for nurturing young, developing homosexuals.

This actualized in uplifting their self-esteem to prepare them to navigate society. Both students and educators are hungry now for content that reflects all of humanity in robustly honest terms.

VT: Nowadays, it seems like the works of Tom of Finland do not need to stay underground anymore, but do you consider the fight for equality in arts is over?

DD&SRS: The fight for equality in the arts is far from over as long as curators shy away from the male form and works that may elicit a sexual response.

From conception to completion

VT: Which message would you like to share with those teenagers who might have been feeling somehow oppressed for heteronormative societies that disapprove of their artistic expressions when they do not fit conservative patterns?

DD&SRS: Platforms for free expression and community are dangerously being taken away. Find organizations, such as our Foundation, that support and encourage expression. It is vital that artists share their creations and find a home for exploration.

VT: This might be the first time some of our readers get to hear or read about Tom of Finland. Thus, would you like to invite them to do not miss this opportunity to enjoy the full experience of The Darkroom at Fotografiska New York?

DD&SRS: Museums may choose to give biographical and historical context. Sometimes it is important to let the work stand alone. However, it is always enlightening to do research on the artist and subjects prior to attending an art exhibition. In this case, Fotografiska has a presentation on a large screen with a link to listen to a talk about Tom.

We would encourage everyone to visit the Foundation’s website and discover the many books on him. Tom has not been known for his photography, rather his work with graphite, pen and ink, and gouache. The Darkroom allows us a special opportunity to witness the process of the artist – from conception to completion.

DD&SRS: Please, support and utilize the Tom of Finland Foundation, taking advantage of our programs, and make it a point to visit TOM House when life brings you to Los Angeles.

Sometimes, for us is hard to imagine what some visionary pioneers like Tom of Finland had to go through due to being different in societies that were designed only to please those in positions of power.

Therefore, let us remember that all the resources and information that the Tom of Finland Foundation has to offer are available for all of us and, if you are able, go to Fotografiska, NY; do not miss the chance to enjoy up close and personally The Dark Room while we still can.

Finally, let us also cherish the legacy of Tom of Finland by celebrating his art, sharing his message, and embracing who we are by choosing freedom and express it through art. 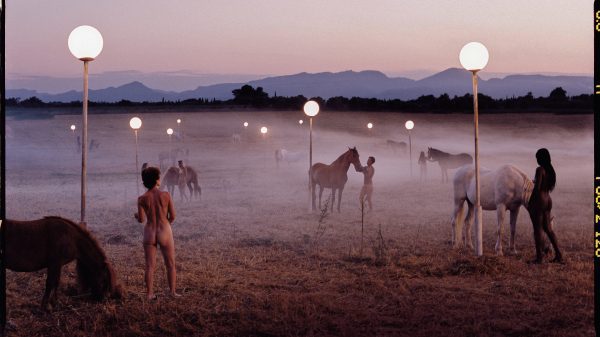 Lucas Garrido is a photographer whose creative perspective has gained him global recognition. One of his most celebrated works is his collaboration with the... 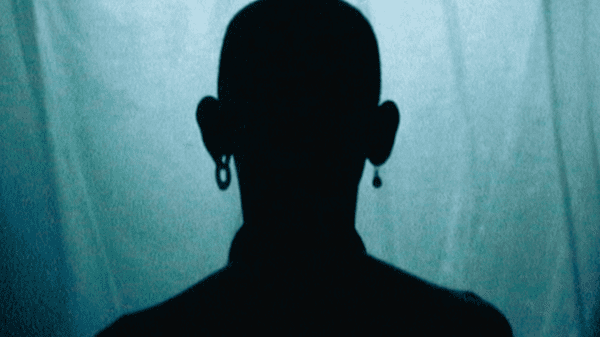 Leo Adef: out of the norm

Leo Adef is an Argentinian visual artist who has found in photography and filmmaking his safe place to express himself and give a voice... 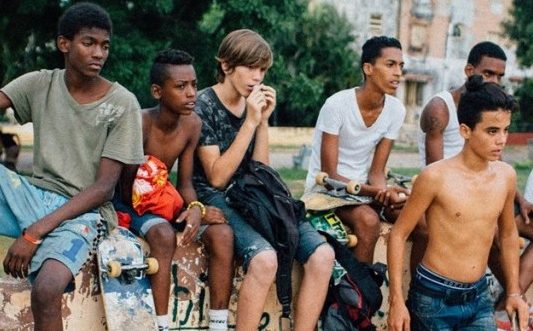