'Season of the Witch' by Ryan Barhaug 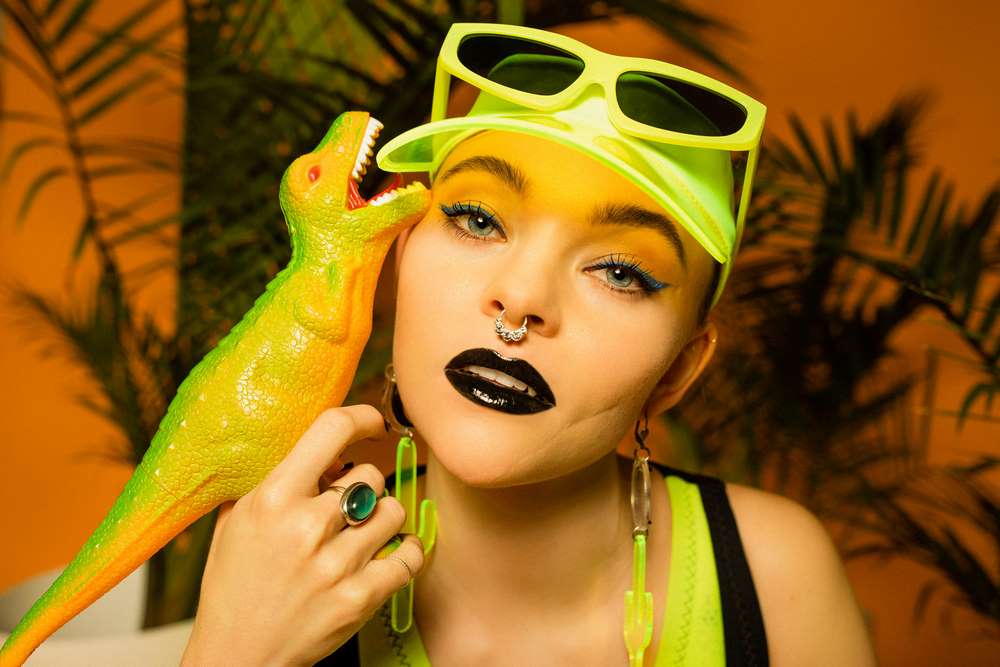 If you had to describe yourself in a few words, what words would you use?

If you did not start acting and followed different paths in life, what could you see yourself doing?

Very likely music, but if we’re talking outside of the arts, my plan B career in high school was to be a counselor! I would also absolutely LOVE to work as a coffee barista…

Do you have a preference on which genres of films you make or do you enjoy going with the flow of things and leaving it up to the universe?

I love having my hands in everything. I’m really into independent dry/obscene comedy. Man, if I had the chance to do something with a Superbad feel… I also adore the production company A24. It’s a big dream of mine to work with them, they make incredible content.

You gave such an amazing performance in “Giant Little Ones” The energy that came from that movie was so strong. What is your process to get into the headspace of the characters you dive into for each roll?

I always like to find common denominators with the character to help with connection. There is always some truth in the characters I play. Acting is very much a form of therapy for me. Not just in releasing energy, but the actual study and collaborative process of building the characters with directors, writers and other actors. I end up learning much about myself, especially in the case of Giant Little Ones. I was carrying around emotional damage for years unaware, until I uncovered it through working with Keith Behrman—our director. So much of what you see in that film is honest, from all parties involved.

We have seen that you love Tim Burton. SAME! What part of Tim Burton’s genius do you feel has left the most lasting impact on you and your love for film?

Growing up, I was always infatuated with Halloween. Go figure—I play dress up for a living. I think Tim Burton captured the presence of that intuitive feeling that Halloween and the time of year brings, normalizing it for any season of the year and making it almost ethereal or other-worldly.

You are Canadian! What is your favorite part about being from Canada?

I mean… healthcare… ha! Honestly, the people. I’m honored to be included in a group of people so globally respected. Canadians perfected the #humblebrag. Also, maple bacon.

What movies/music do you think helped inspire the person you are today?

Everything Disney. I’m a walking exclamation mark. Tim Burton’s flicks. Taylor Swift from her self-titled album up to 1989. I grew up on a lot of classics. The Beatles have a very heavy presence in my nostalgic recollection of pop culture in my youth. I’ve had an intense love for Mac Miller since middle school. His hardships and his profession of positivity got me through a lot.

We believe you will have a lasting career, you can feel your passion in the roles you play; the emotion is there. Is there someone in the industry that you look up to, that you would love to work with one day?

Thank you very much! I love Emily Blunt. She’s very multi-faceted in her roles. She has a large range, and that is something I’d love to demonstrate for myself in the arc of my career. I also LOVE Woody Harrelson. Tom Hanks too. Obviously.

We are excited for Motherland! Such an interesting concept & line up of producers who helped this all come to life. Is there anything you can share or anything you would like to let all your fans know about the series?

Combining witches and military definitely sounds like it would mix as well as oil and water. It’s like those pickle and peanut butter sandwiches! Those are supposed to be good, right? It makes for a very unconventional, but riveting combination. We attack an array of stigmas throughout the season—from LGBT representation, to the celebration of sex, to the truth about Wiccan culture. Female-fueled fiction, from the mind of a man. Also, don’t trust your assumptions while watching. They’re wrong.

In this article:Aaron Desilva, Taylor Hickson