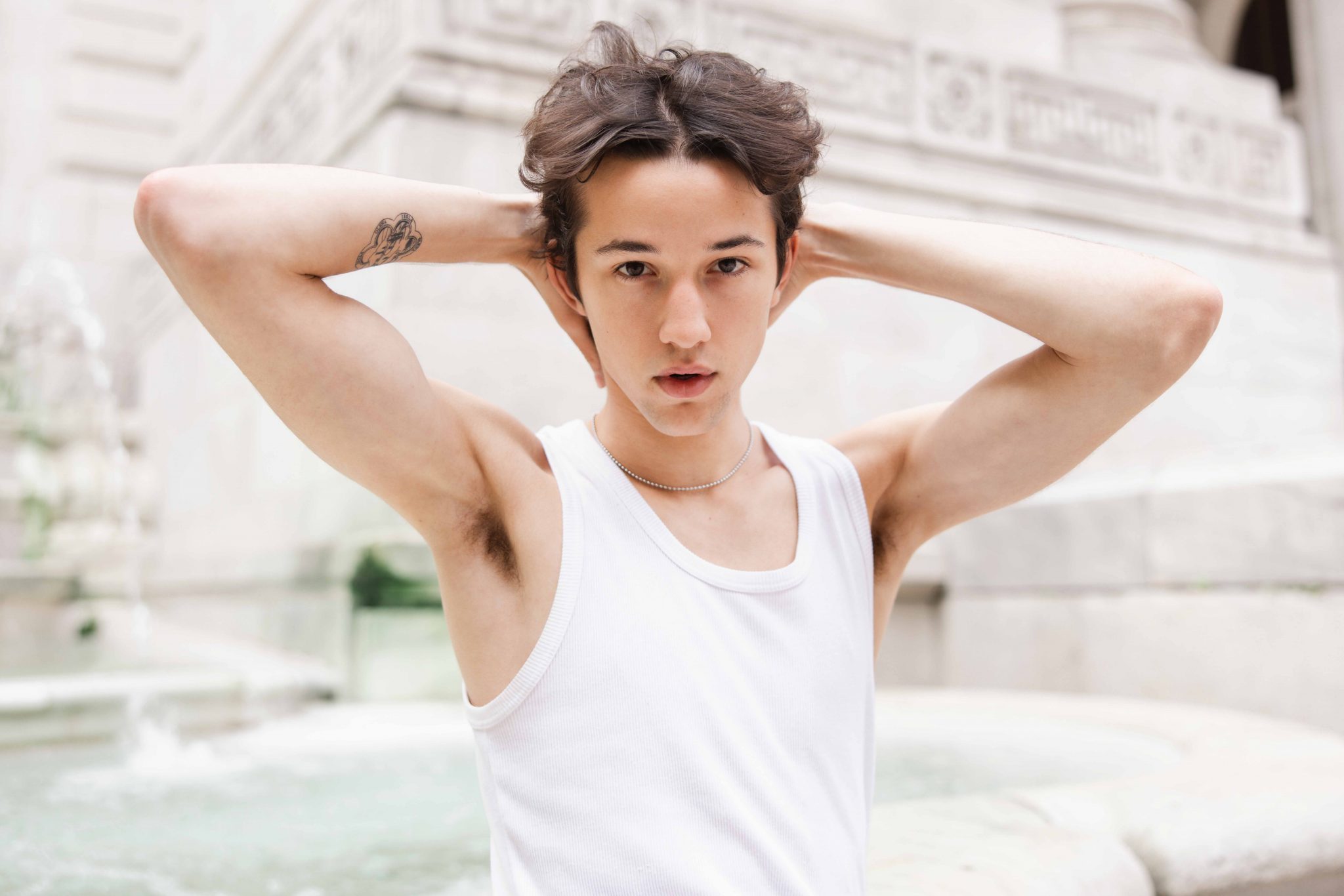 Prince of New York was inspired by the Graeco-Roman aesthetic of sculptures of young men as the photographer wanted to capture male beauty in youth in a respectful way. “I always have thought sculptures were quite striking and elegant,” says the photographer. “The story I wanted to tell was almost as if one of those statues had come to life in a modern times as a young man in New York City.”

“So often youth is eroticized in our culture and even more frequently, exploited. As a photographer and as an artist, I am drawn by beauty rather than eroticism of my frequently young subjects as the fashion world seems to revolve around youth and young models at this current juncture. I like to find beauty in all the people I work with, of all ages and forms, and to show their beauty in a way that is respectful of them. I like to be someone the observes and uncovers beauty, rather than wants to take something from it.”

“Sometimes you look in the face of a young person and you suddenly feel older and disconnected from that early chapter of life. Instead, I wanted to take a moment to interact with youth in a way that you see yourself in it, and remember what it was like.”

The equipment used was a Canon R5 with a RF 28-70mm lens and it was shot not far from where the photographer lives and where she grew up in Broadway’s theater district, at the New York Public Library known as the “main branch” on 42nd Street.

“Anyone who keeps the ability to see beauty never grows old.”

The model is wearing a combination of brands: Scotch and Soda, Rick Owens and a pair of jeans that the model made himself.

“Finn was such a fantastic model to work with and definitely seemed relaxed and ready to work on our shoot day. First of all, Finn was exactly the kind of model I’d envisioned for this shoot. He sort of epitomizes youth in his look but with a physical elegance, charisma, and artistic nature that makes him unique. Because Finn is an artist himself, it made it easy to discuss the concept of the shoot, what I wanted out of him, and to direct him. We explored the framework I’d come up with in a natural way and in the end I think we all had a pretty fun time snapping photos in New York City on a beautiful Indian Summer Fall Day. What could be better!”

In this article:Finn Doering, Nicole Wilson 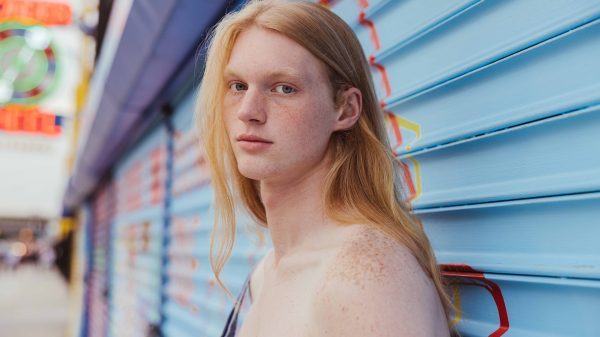 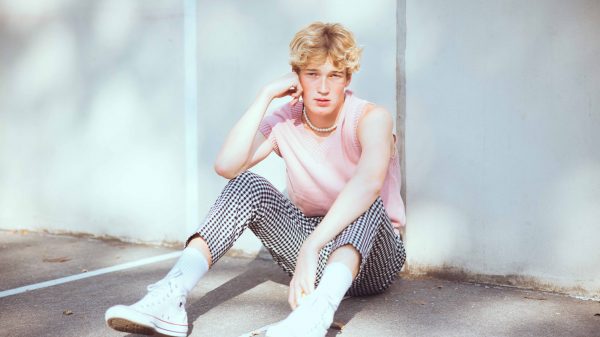 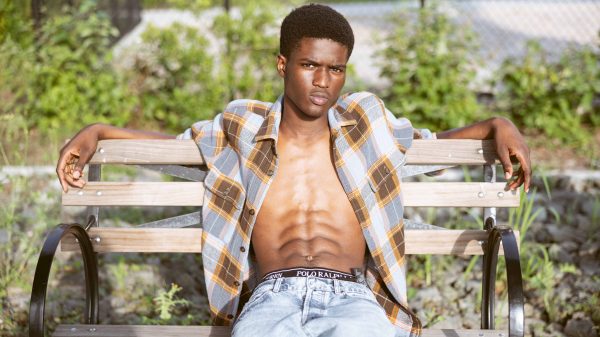 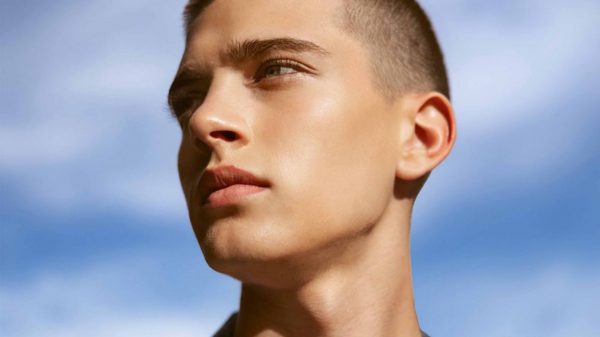