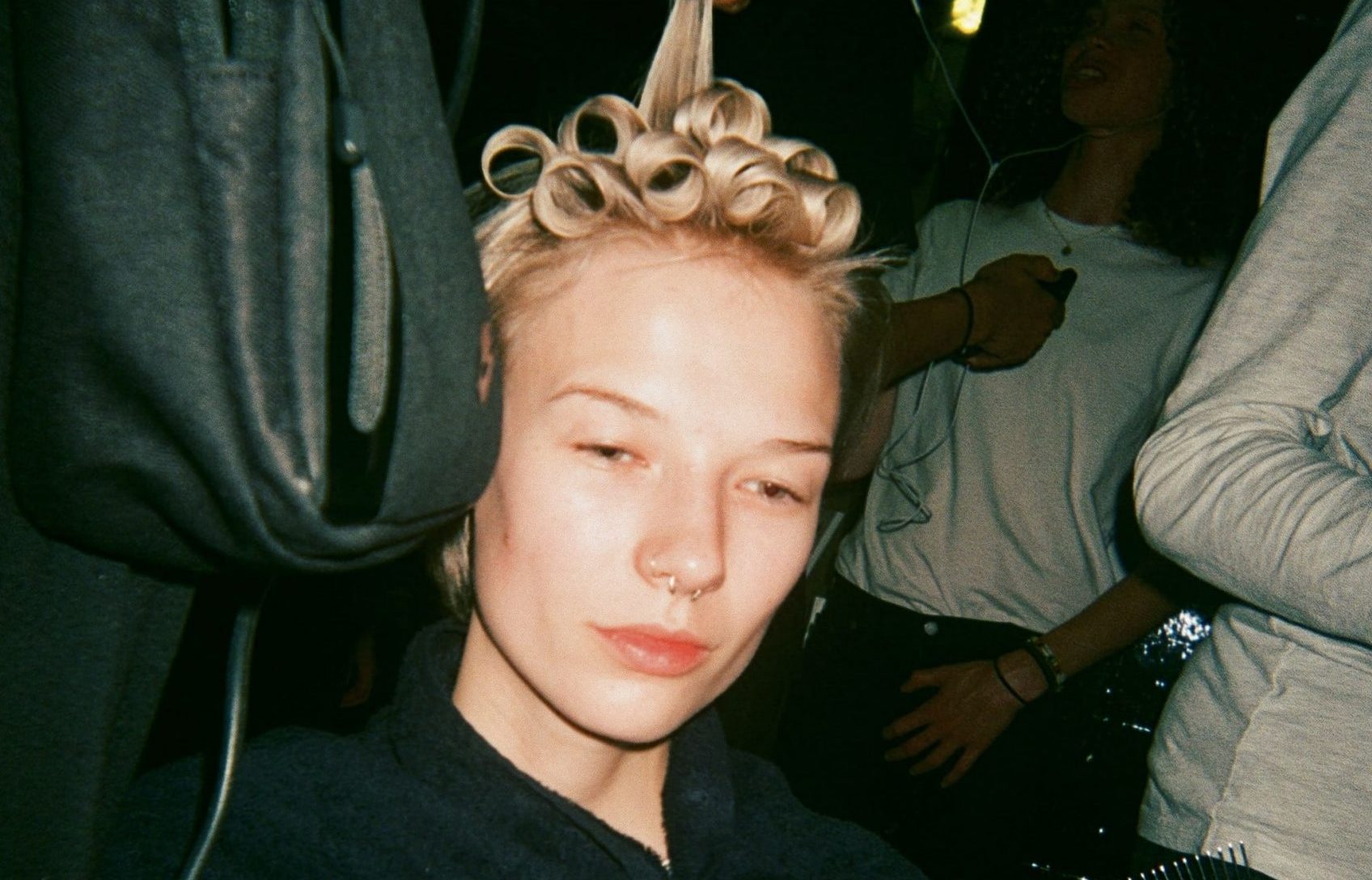 Last Friday, the Joshua Kane SS 18 show took place at the Palladium Theatre in London. A special feature exclusive for Vanity Teen captures and reveals the dazzling experience behind the #jkfantasy show.

I was extremely excited for this show, the biggest in London Fashion Week, attended by 2300 people at the Palladium THeatre; it was my third time walking for Joshua Kane ( I.G @joshuakanebespoke) after closing his show the first time for his Spring/Summer 17 followed by wearing a killer green embroidered military coat for his Autumn/Winter 17 collection, his first show held at the Palladium Theatre. This time I wanted to capture, through a models eyes, the journey and preparation put into the last few moments prior to the show.

I was rushing to get ready for my 2pm  call time, I was about to leave, already 15 mins late, grabbed my camera and whilst walking out the door I checked whether it was charged, it was, checked for a SIM card and of course…none to be found. Now I don’t know if you’ve ever visualised your day, all planned out, each moment perfectly laid down in front of you. In my case, it was simply bringing my CANON 1300D and shooting my way through the day, capturing the mania that is the few hours prior to a major London Fashion Week show. After a wasting 10 minutes of attempting to find my SIM card I gave up on my perfectly crafted plan and left for the Palladium Theatre… cameraless.

I couldn’t, however, get the idea of playing model and photographer for the day and few stops into my underground journey to Oxford Street I remembered something, the existence of something so beyond our times that in this day and age of digital photography and all it has to offer, it could easily class as antiquity. This, of course,  a disposable film camera.

I have actually been playing around with disposables for a while but at this moment it seemed so far-fetched. Rarely, if ever, do you see people with disposables in day to day life, let alone at a London Fashion Week show, and this excited me.

Arriving at Oxford Street I skipped off the train (I skip when excited) and rushed to the nearest boots and happily invested £7.50 for a disposable, and since at such a good price I made that two. 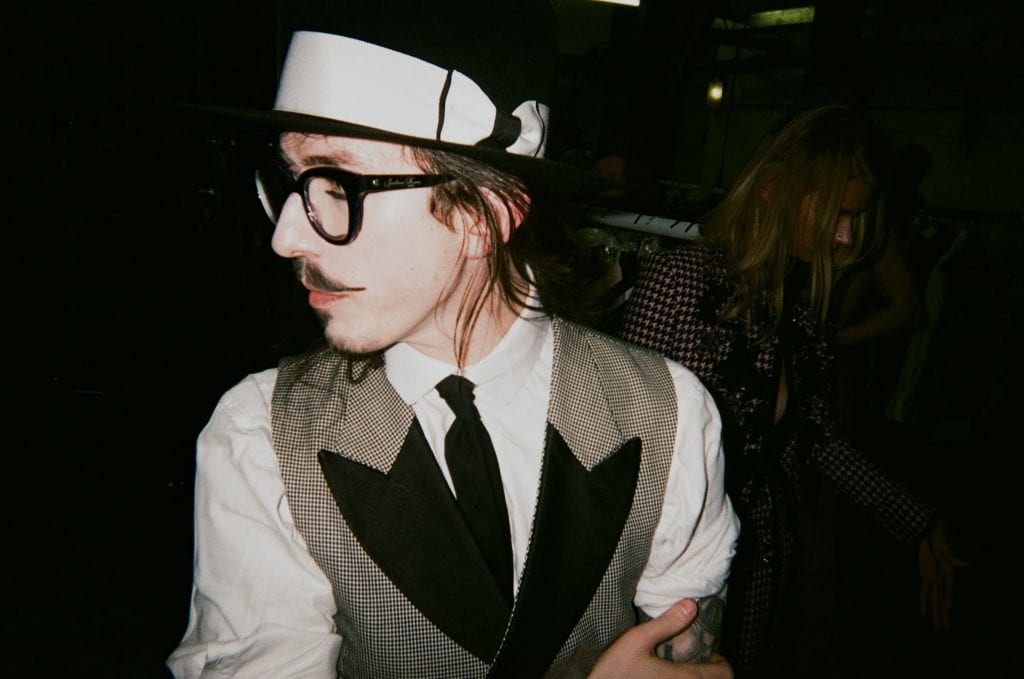 Joshua tends to use the same models at his shows so there’s always a great atmosphere and friendly taste in the air, some of my best friends in the industry are a part of this show, both models and members of the team, which can be helpful when your day is mostly spent waiting around for hair and makeup followed by sitting in hair and makeup.

Armed with a couple of cheap cameras I shot my way through a great day, shooting my gorgeous fellow models as well as the beautiful clothes they wore.

Needless to say, I’m happy I didn’t find that SIM card that day as I personally love the feel of these images; there’s something about the simplicity and rawness of a moment captured through a disposable film camera that really gives it a whole new flavour. I took advantage of this and made an effort to capture a side of my fellow models that is rarely portrayed yet so present in any behind the scenes fashion show, our ability to let loose and be playful with our own profession that usually demands us to portray ourselves in a certain way.

This fun and not so conventional portrayal of our reality, mixed with the neat tailoring, array of beautiful patterns and colours found in the Joshua Kane SS18 collection makes up for an interesting and diverse series of images. I hope you enjoy them as much as I did taking them. 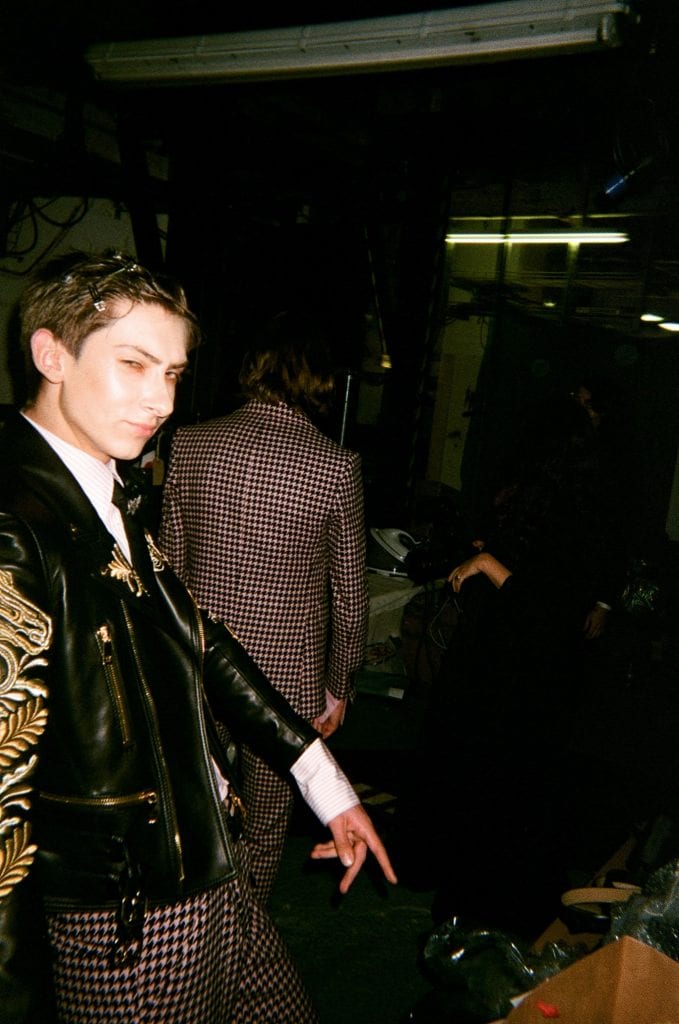 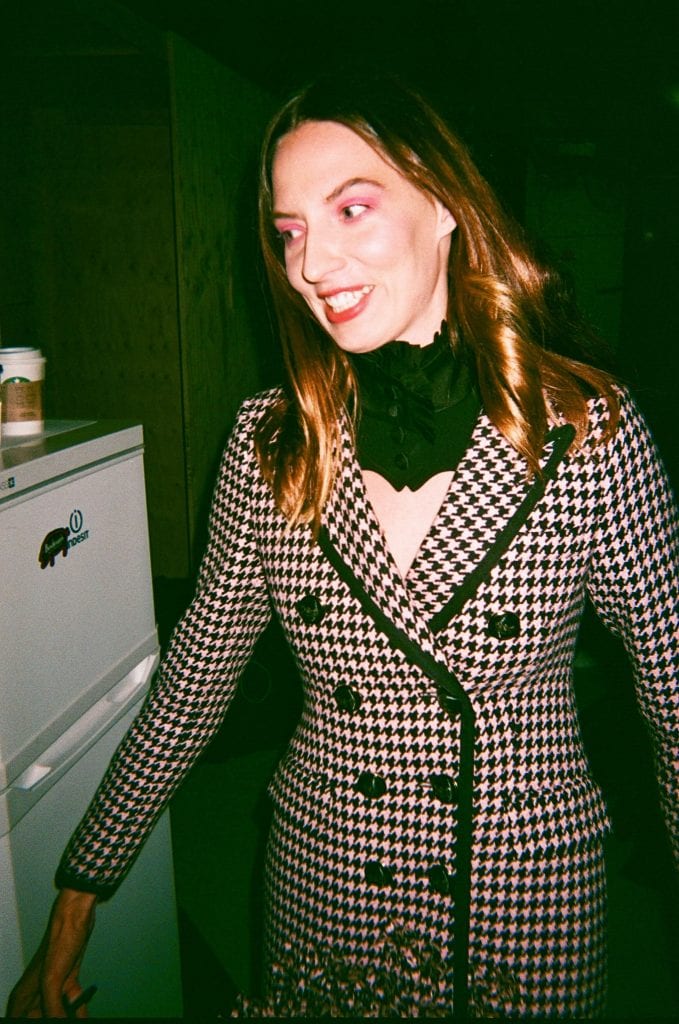 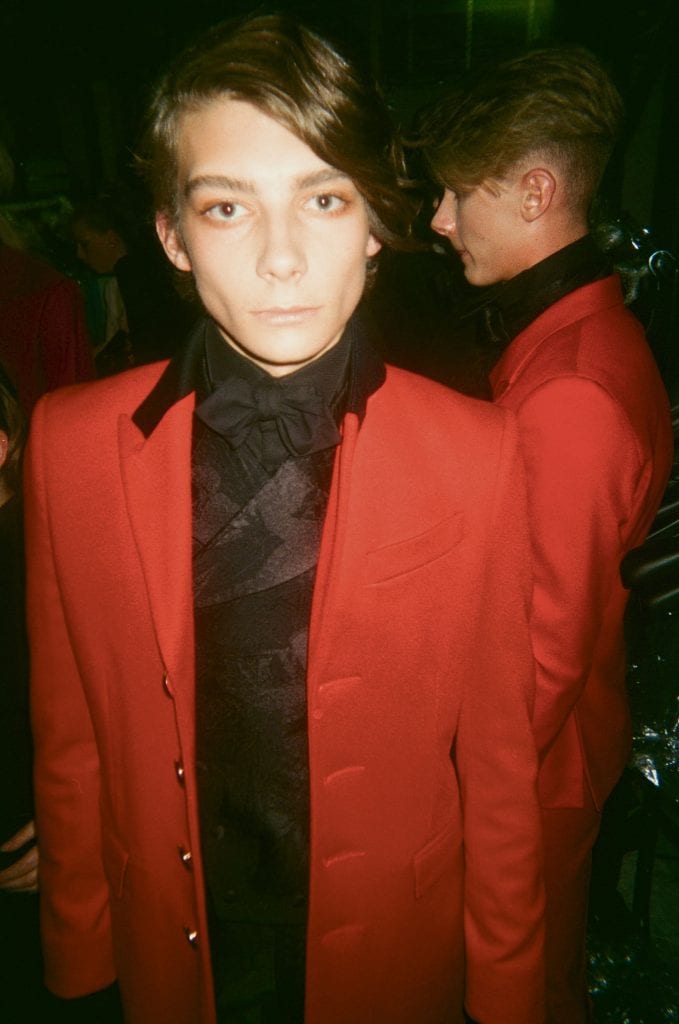 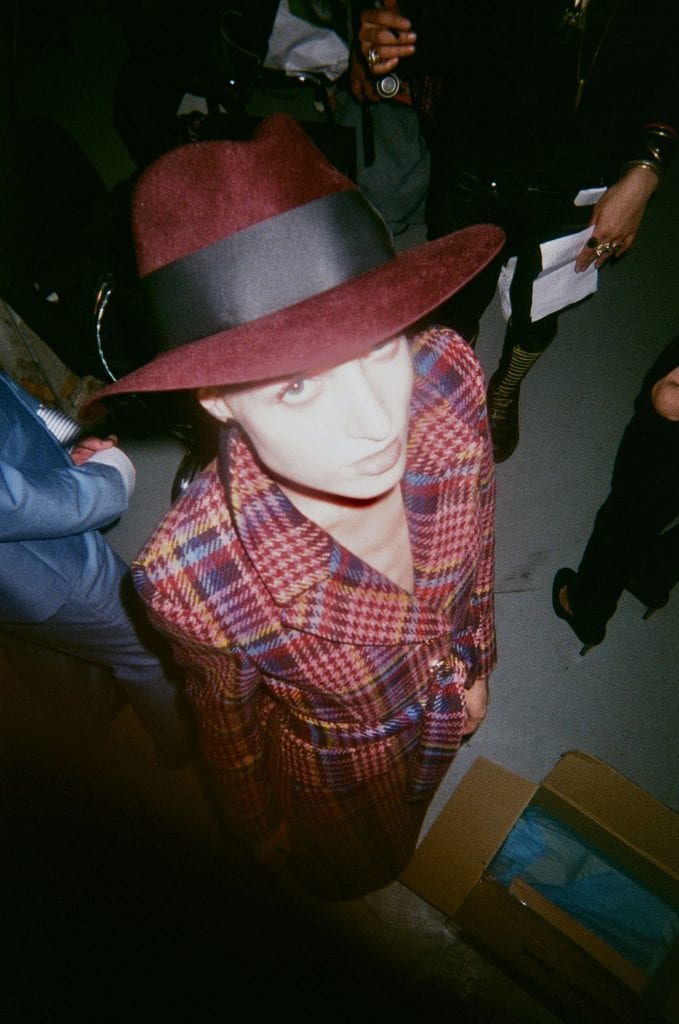 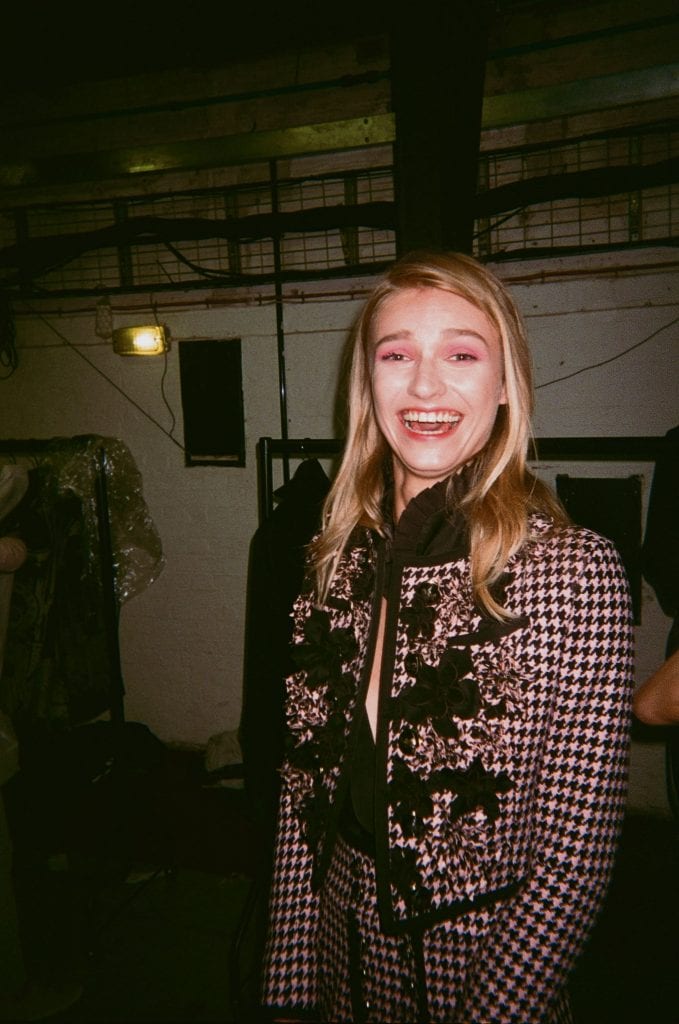 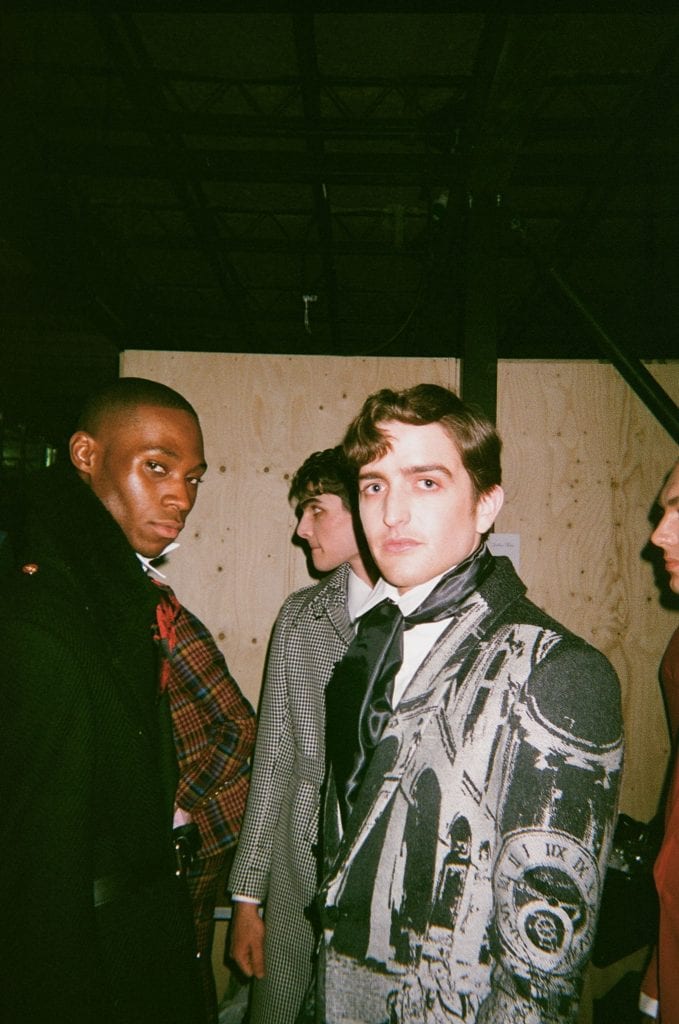 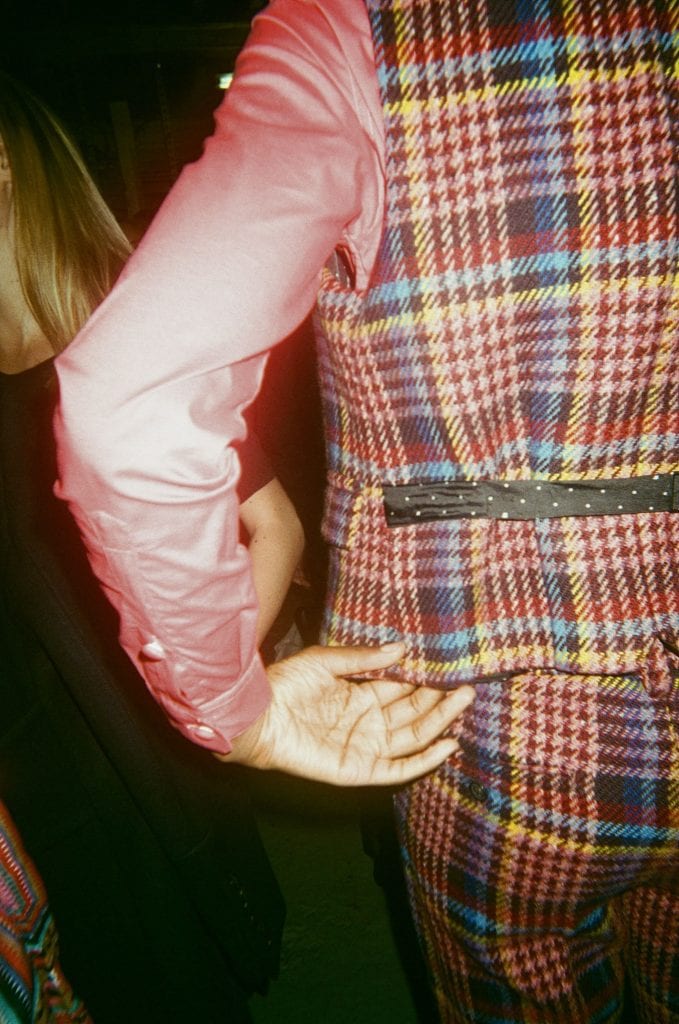 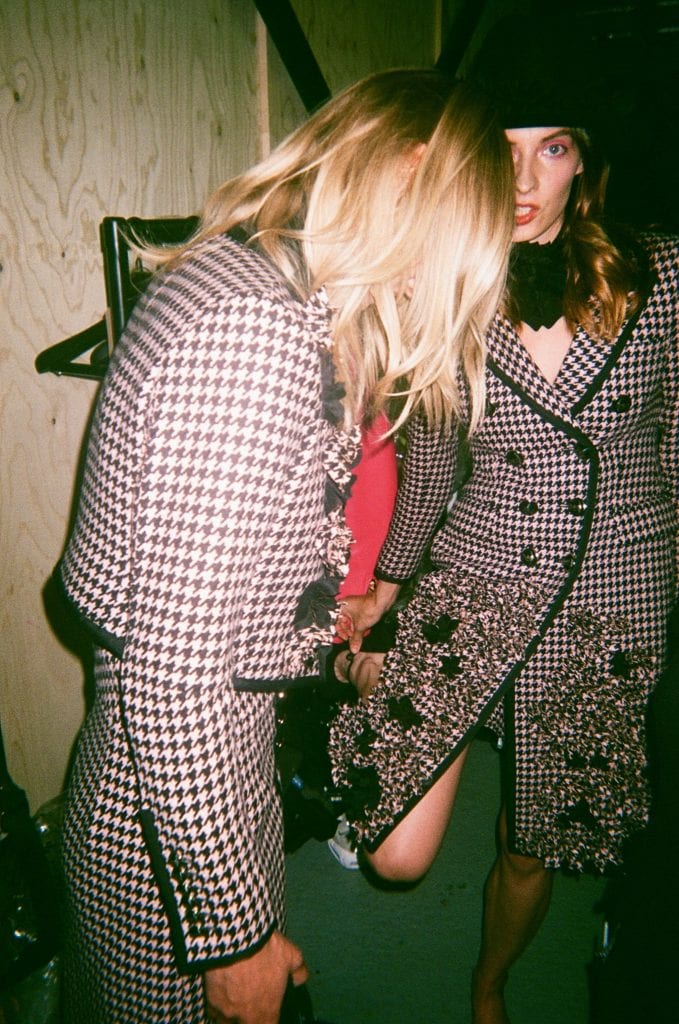 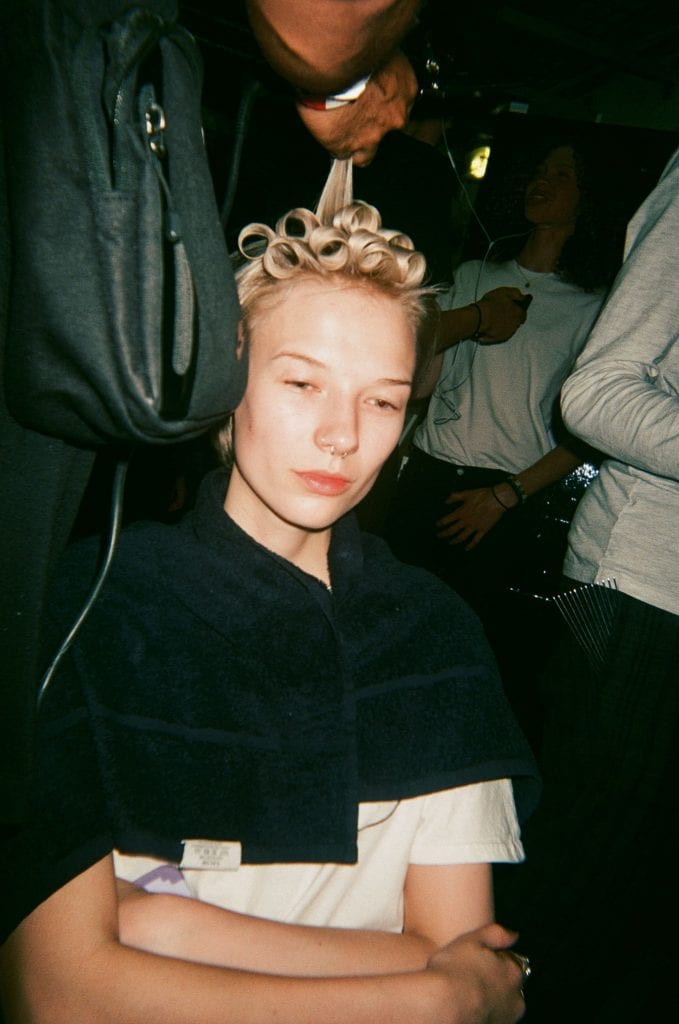 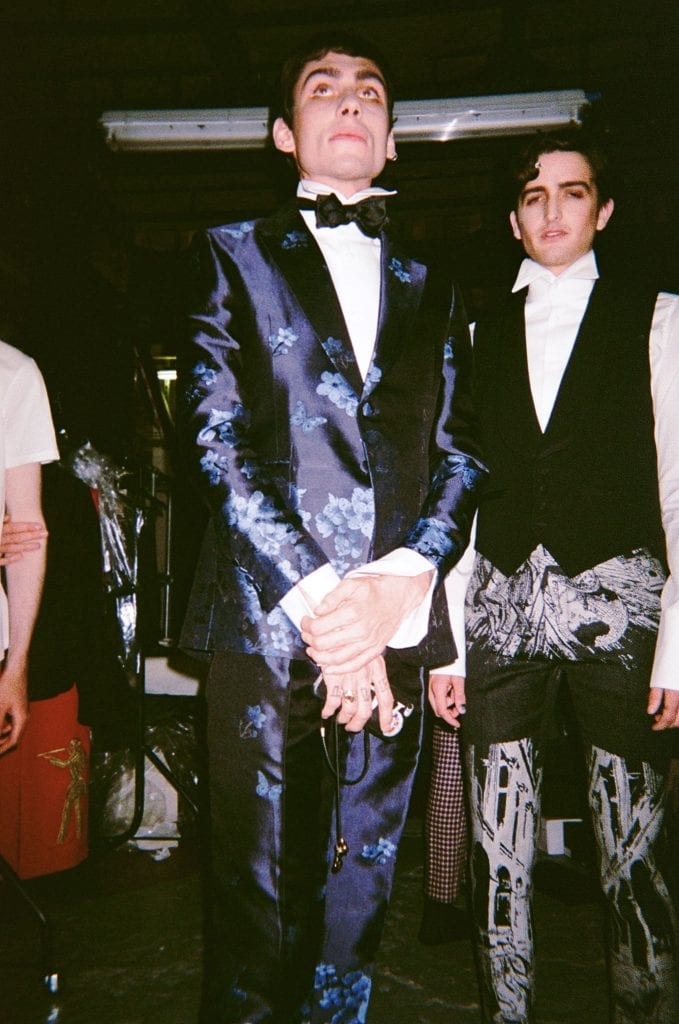 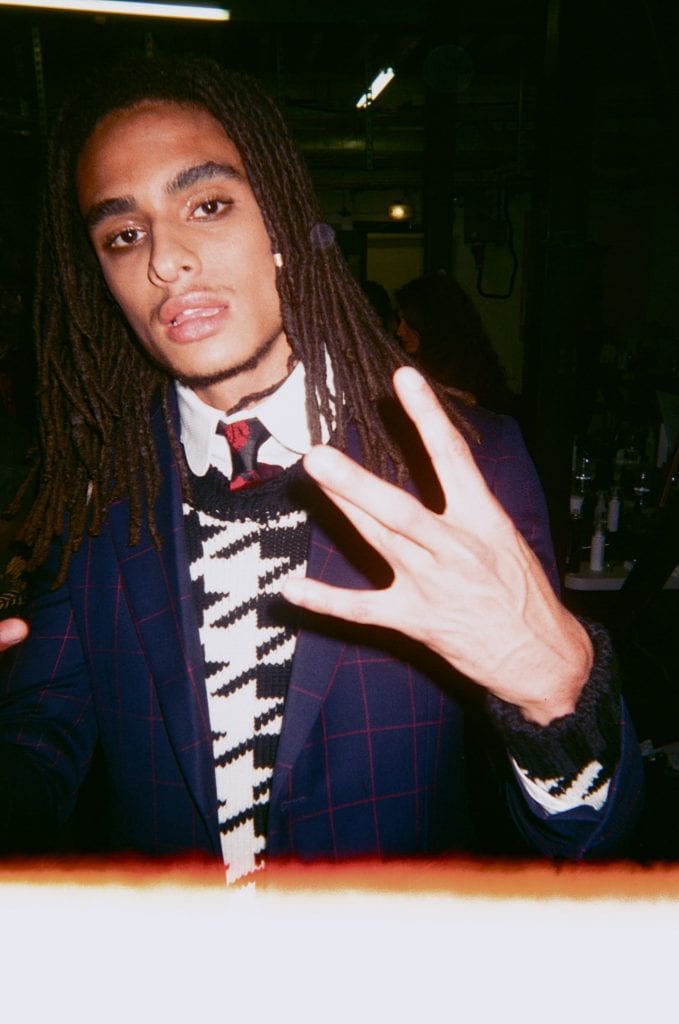 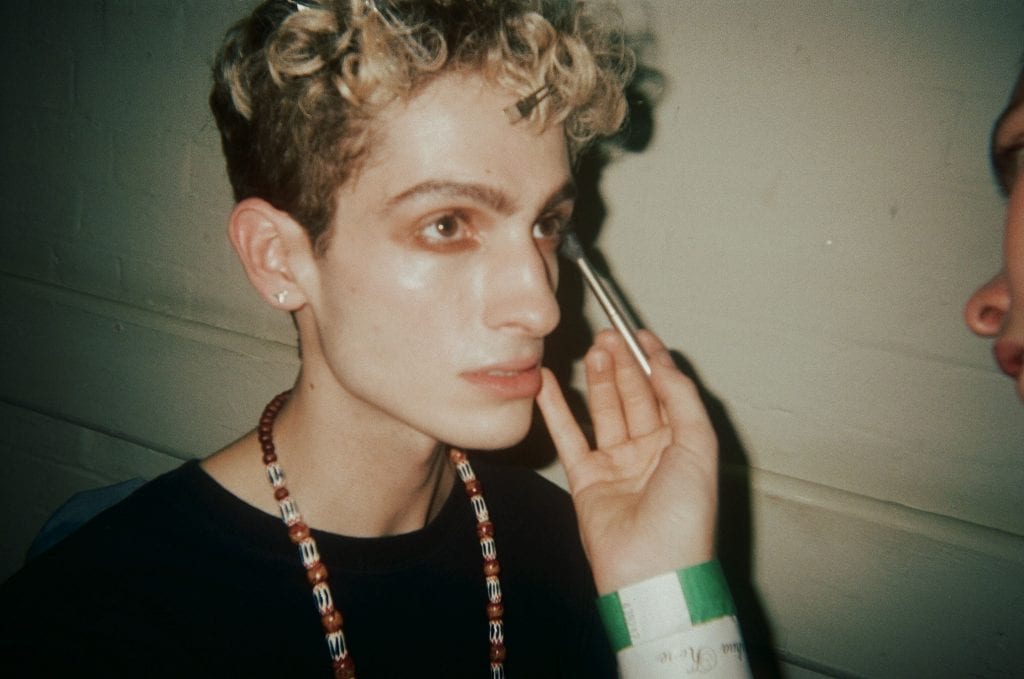 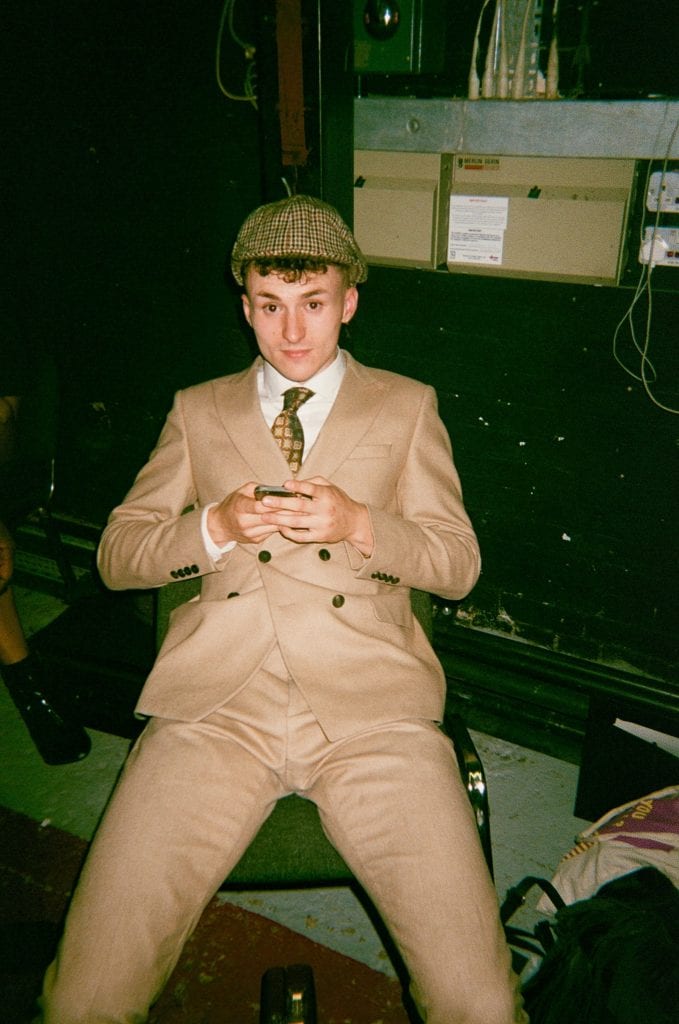 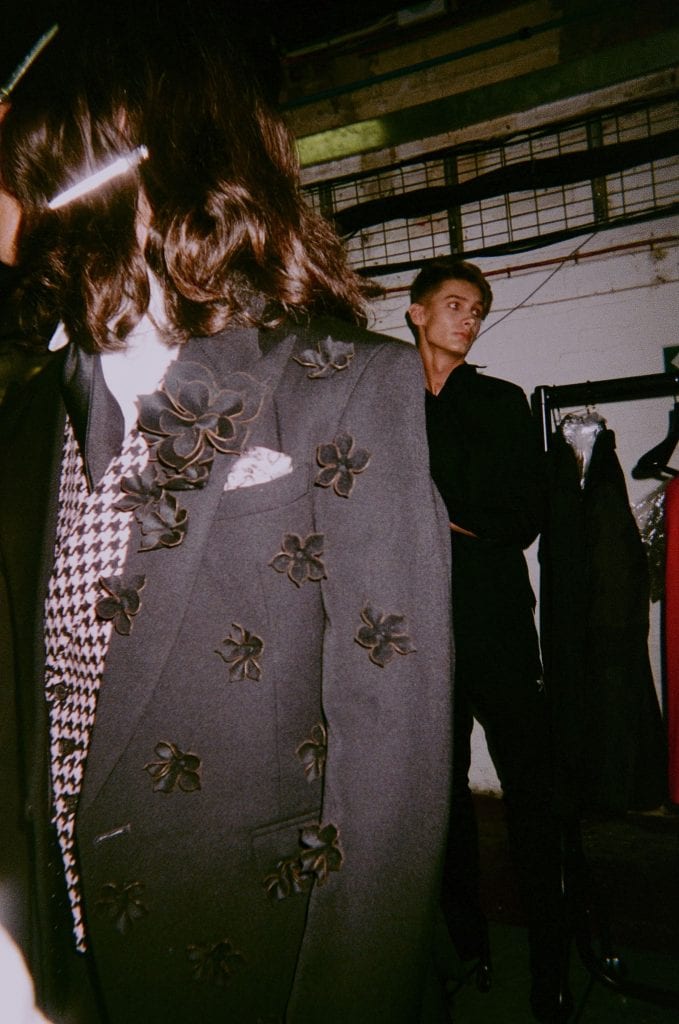 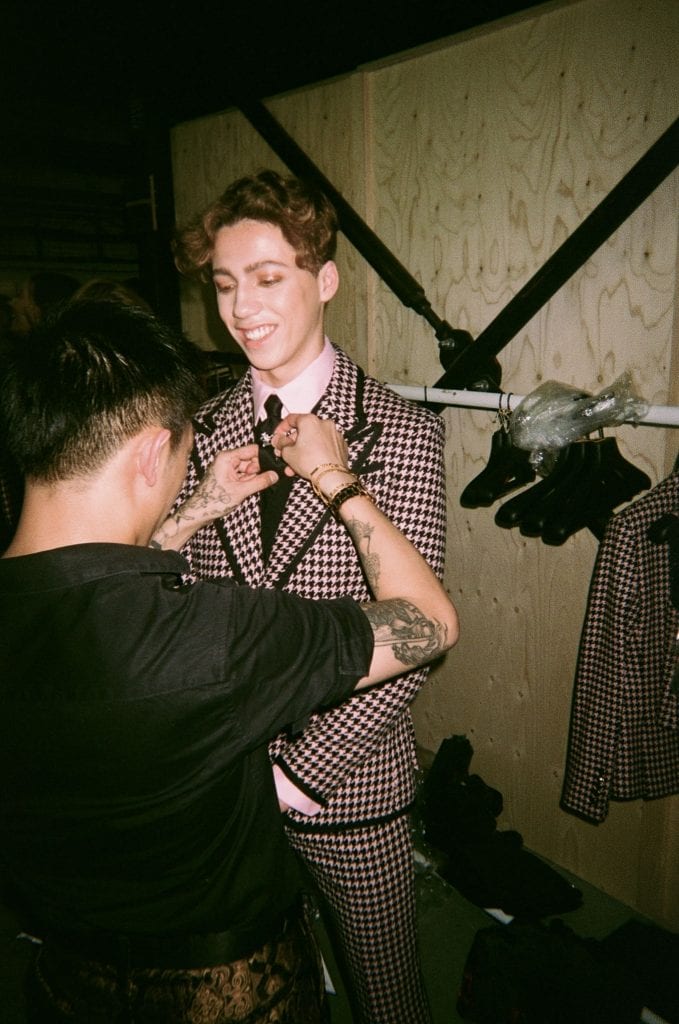 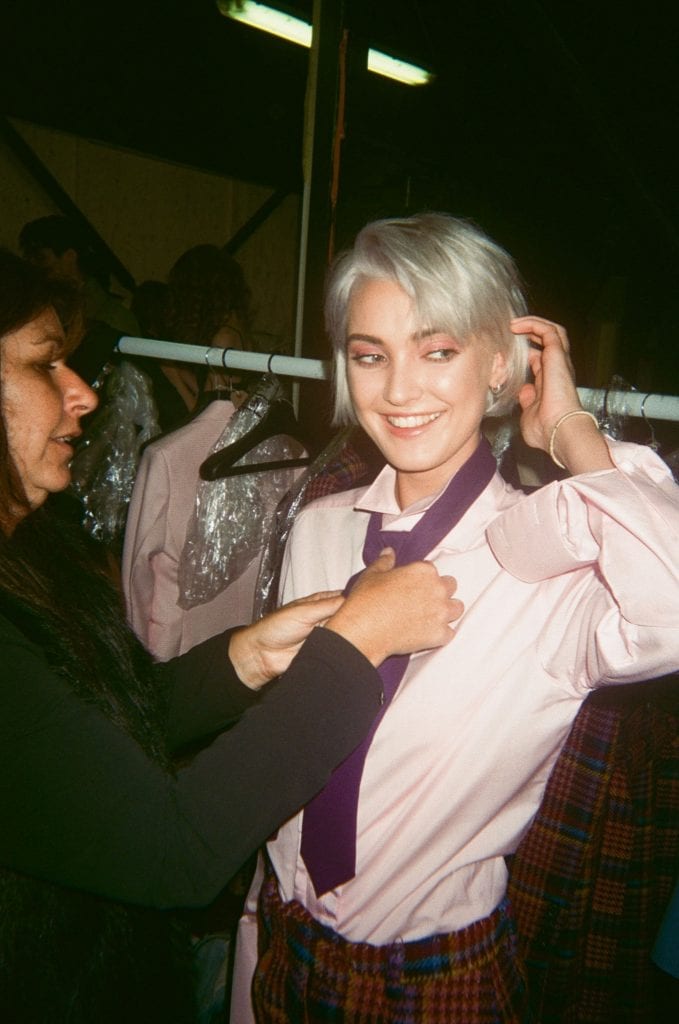 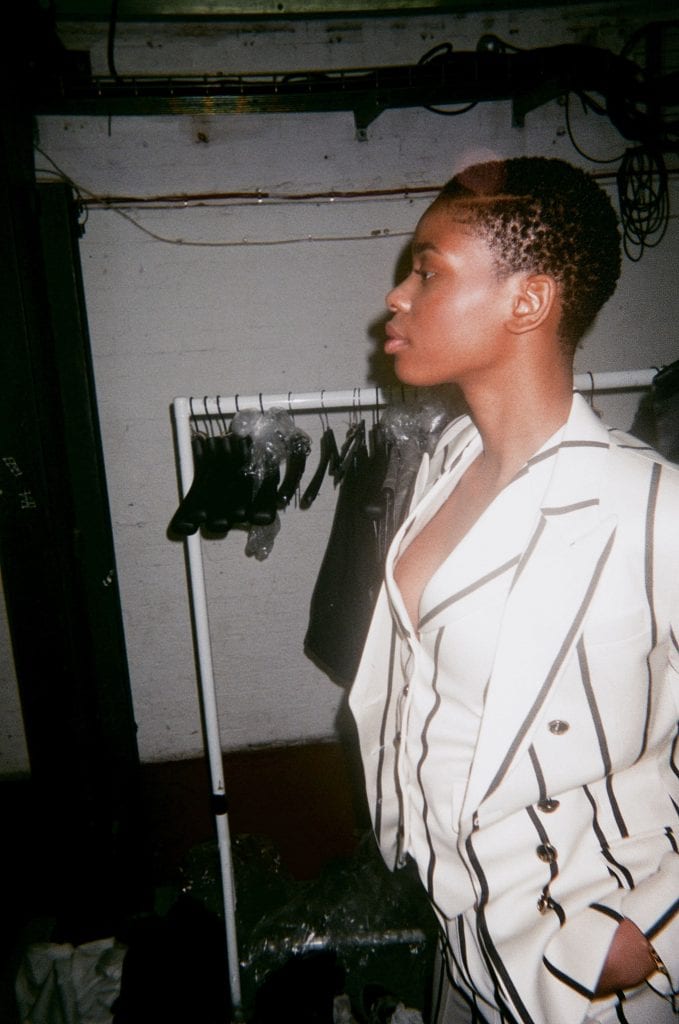 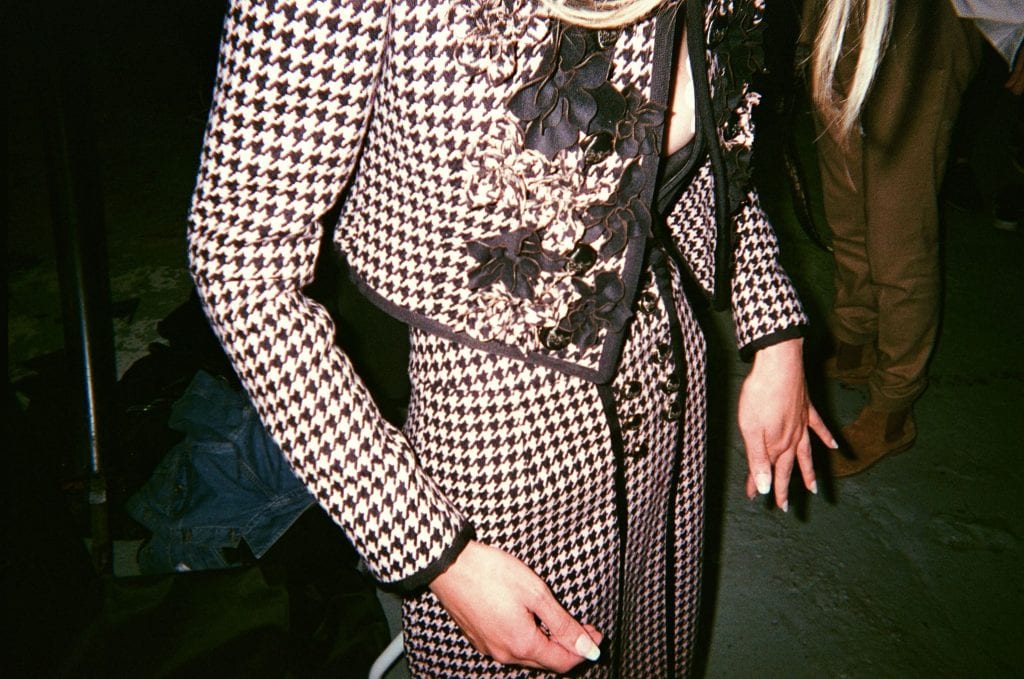 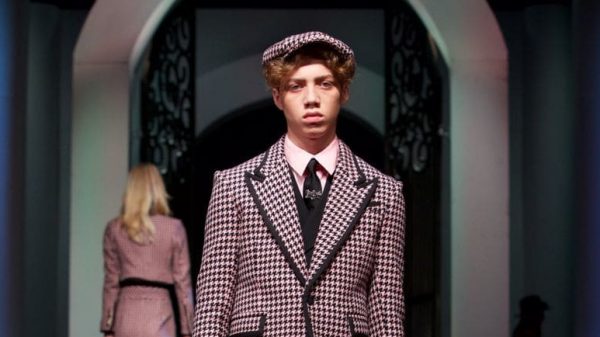