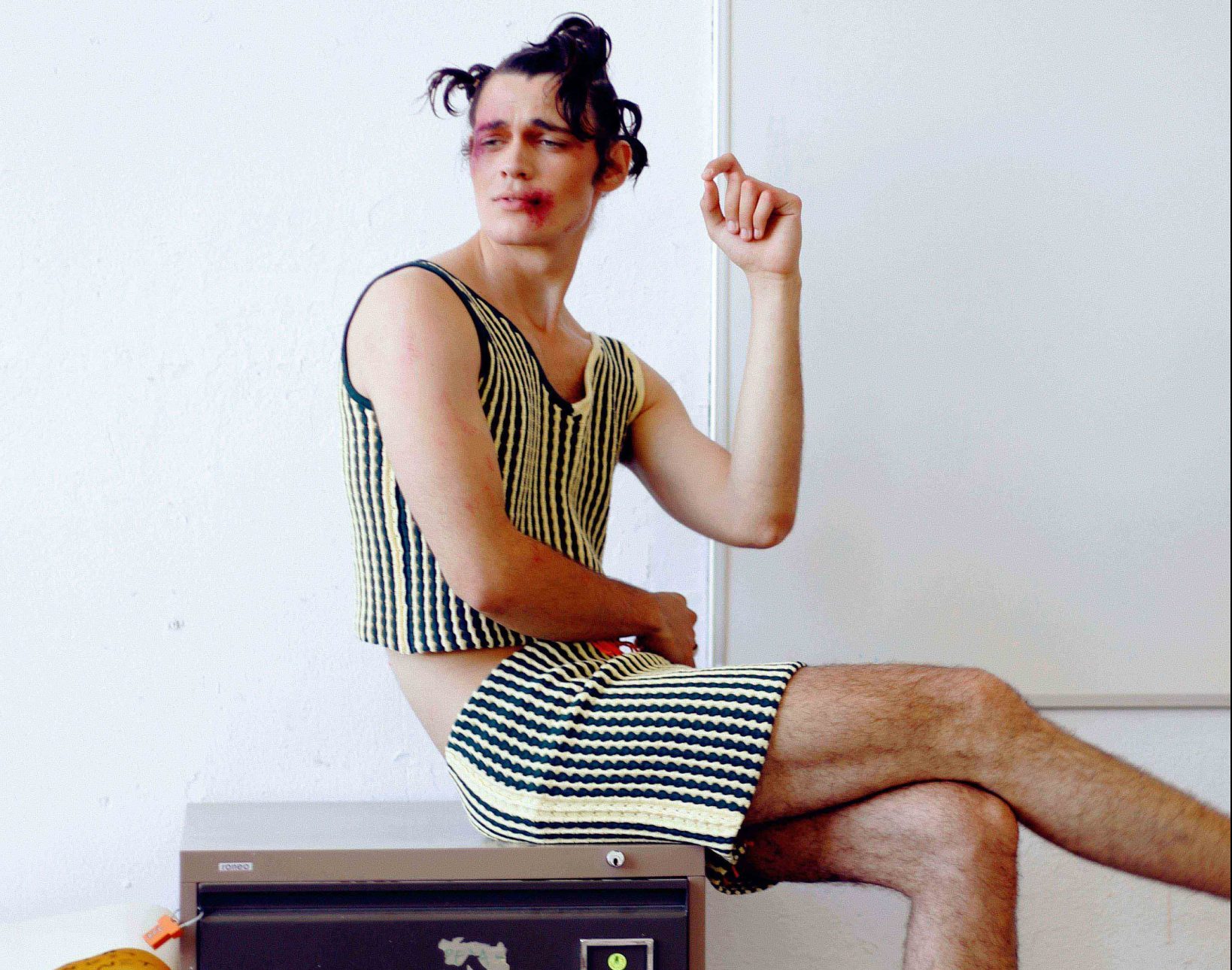 Inspired by the world of cinema, and specifically by the more charismatic and controversial main characters, this editorial remembers the iconic stylings from the early 2000s. The idea of the bad boy, with self-assurance, youth typical rebel pose but completely away from toxic masculinity and gender roles in terms of styling also inspired the team to create this amazing fashion editorial.

“Our intention with the world of photography and fashion is in many cases creating small narratives and stories that the viewer can fantasize with.”

“When talking about style, it is impossible not to go back in time. It was 1999 and
Brad Pitt broke the big screen with Fight Club, one of my favorite and most inspiring
movies I have ever seen. The movie is still as iconic as ever but is especially the costume design that remains engraved in our minds and has a great influence on today’s fashion world.”

“Almost twenty years later, and oddly enough, we live in a society where we are still trying to break the delicate glass roof of gender norms. However, in this context and at the time of the film’s promotion, Brad Pitt caused a stir when he posed for the Rolling Stone magazine dressed in theoretically feminine clothing.”

This editorial is a tribute to men who dare to break barriers, who dare to risk and be reference of style, a perfect example that with a little attitude and dash of self-esteem, you can show off and do anything without conforming to any stereotype.

The equipment used for the shoot was a Canon 6D and an external flash, and it was shot in some industrial areas and abandoned corners, as well as in the corridors of an old industrial warehouse in Madrid in order to carry out the editorial in the line the team had in mind.

Fashion is to risk and have fun, photography is a perfect mechanism to materialize our fantasies and that clothes do not understand genres, we have to break the clichés, we have to build a new idea of masculinity, away from stupid rules of the genre. To sum up, rules are to be broken.