Jani Leinonen: only an artist 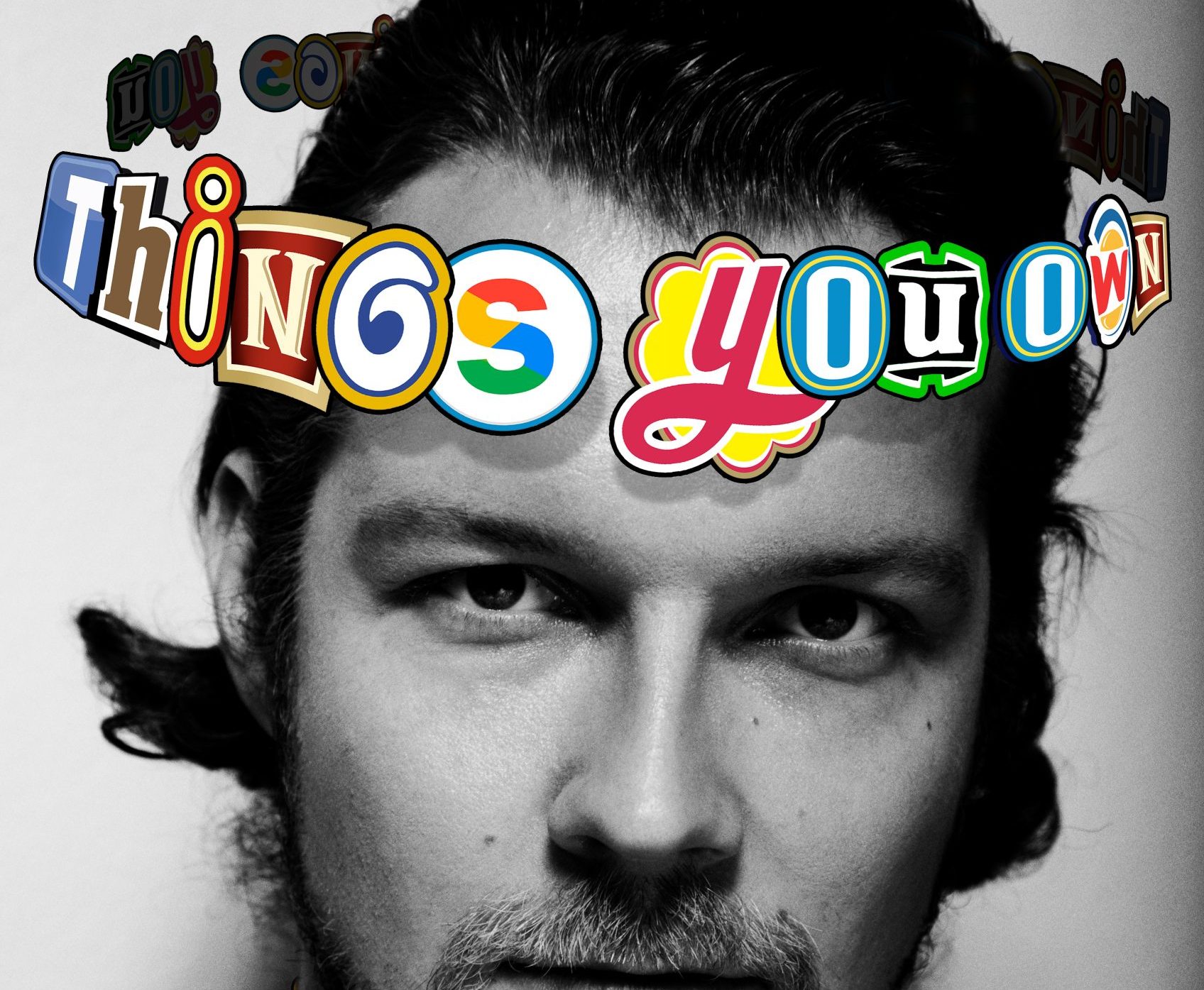 Jani Leinonen is a Finnish artist who questions with his work how a culture of consumption has taken over some of the most important Occidental values. His artistic pieces captivate the eyes of every person due to his ability to combine popular established references with strong short messages that seem to be used as a wake-up call to the viewers.

I came to know his work while I was doing research about the ideologies and religiosity that have been spread in our daily lives and sometimes we do not even notice them. Thus, I ran into Mc Jesus, his most controversial sculpture to date; in it, I saw a strong message to reflect on, but some people felt offended and started a sort of campaign to censor his exhibitions.

If you have not yet had the opportunity to experience the art of Jani Leinonen, I invite you to keep reading about this article because you will see some of his amazing pieces and will have access to an exclusive interview he gave us to talk about his art, reflect on the controversy surrounding some of his exhibitions, his message to the youth, and more.

I guarantee that this is the article about art that you wanted to read and have not been able to find until now.

Being a little introspective

Q:      Who is Jani Leinonen? What would you say about yourself to those who might not know you?

A: Well first, don’t believe anything they say about me. When I donated money to the poor in one art project, this one paper called me a saint. But when I started asking why the poor have no money, they started calling me a communist. They call me a provocateur or a political artist when I just ask questions. And I think the biggest question of our time is “Do you want to make your life easy or difficult?” If you want it easy, don’t ask questions; just do as they expect you to do even though you see unjust things around you. Just be a cog in the wheel. If you want to make your life difficult, ask questions, from your parents, your teachers, your coaches, your bosses, whenever you see things that are wrong, or just because you don’t understand their nonsense. I do my best to ask questions. Like a child.

A: I really don’t call myself a “visual artist” but only an “artist” because I really use all the possible techniques possible, images, sounds, smells… I also see art very broadly, I consider films, games, literature, music, Instagram posts, everything creative really, as art. I particularly love gifs and memes which at their best capture important things much better than what is described as “established art”. I love this current world of social media that offers me daily epiphanies.

Q:      Looking backward, what do think about the impact of the Finland Prize by the Finnish Ministry of Education and Culture you received in 2016?

A: I am not a big fan of prizes, so I am very varying about them. This particular prize was given to me by a minister in a very right-wing government that was being very unethical. It somehow felt like I was made a puppet of their policies by receiving that prize. But of course, I took the money and said a few critical words. There is this narcissistic part of me that really wants the awards and the stardom but deep down I know it’s not real and doesn’t make any happier. I am much happier to get praise from my loved ones, friends, and family.

Q:      When thinking about your art, what is the common message in every one of your creations?

A: There are a lot of messages. Often I make art about all the things we lie to ourselves about. Other times I want to tell people that, hey, sadness, anger, loathing, and shame are okay feelings too, unlike advertising is trying to tell us, we can’t be happy all the time. We have to learn to deal with some dark shit, and whatever you are feeling it’s okay, don’t be afraid or ashamed of your own feelings. They are just feelings. And sometimes I really just want to point out how badly behaving some corporations or politicians are. Maybe the common message is honesty: if we are going to do bad things, at least admit it. Or maybe: let’s admit we know what is wrong but we just don’t want to fix it.

Q:      What comes to your mind when you hear words like the following: religion, massive consumption, capitalism, colorful prepacked happiness?

A: I am sorry; I saw your next question already on the paper. Can I answer that one already? I promise a lot of those topics will be there.

Q:      McJesus is my favorite piece of all your artwork; even though, it has been your most controversial sculpture. Therefore, what do you have to say about censorship towards artistic expression and the freedom of each artist?

A: McJesus had been touring around the world for many years without headlines. That’s why the controversy was a major surprise. I received thousands of hate messages around the world. The messages of the Israeli Arab Christians at least to me have been relatively pertinent and have tried to open up dialogue, but the messages of Western Christians were the worst: they aggravated me to attack Islam and threatened with violence.

Fundamentalist around the world, such as the Israeli Minister of Culture, hijacked the controversy and were happy to throw gas into flames to drive their own agendas. Being a white Christian in Finland and in Europe is a dramatically different thing from Israel, where Arabic Christians are a small oppressed minority. In Finland, more than 70% of people still belong to a Lutheran church. Although I was born in a Christian country, baptized in the Lutheran Church, and went to the Confirmation Class, I have experienced it distressing how the dominant religion has been used to oppress minorities. The history of the Finnish Church is very grim and violent, and its targets have been the native Sámi people, the Roma, and the victims of missionaries around the world. On the other hand, I am a big fan of Jesus, and I was so sad about how unjesus-like Christians around the world are behaving.

However, for me, McJesus is not about this. For me, McJesus tells about how capitalist thinking is suppressing all the spirituality in the world: the economy emphasizes the individual instead of the community, the material instead of the spirituality, greed instead of generosity. The market is only interested in equality when it is economically viable – and mostly it’s not. Companies won’t participate in Pride or #metoo before market research promises profits.

A (Cont…): Western media made McJesus a battle between freedom of speech and religion. This is completely misleading. Freedom of speech is just one of many human rights, many of which are not realized in Palestine. Palestinian Christians and Muslims are not equal before the law; they have no freedom to move, or to freedom to organize politically, etc. For a small Arab-Christian minority, the attention created by this work can be one important opportunity to fight for these unenforced human rights and sovereignty, and get international media attention, and hope that something would change. The controversy also encapsulates something really gruesome about Western media: many worse acts of violence and oppression remain unreported because it does not involve values of Western media, such as freedom of expression.

Q:      Could you tell us more about your Rest in Peace collection?

A: Rest in Peace started from a park in Moscow that has thousands of old statues of Lenin standing there. It’s almost all that is left of the Soviet Union. I wanted to imagine what would be left behind if Capitalism collapsed. First I sketched a park full of Ronald McDonald statues but then ended up making these headstones that were shaped like commercial packages with logos on them. Right now I am making another version of the R.I.P series where I am burning these wooden logos of companies. They look incredibly powerful.

Q:      What do you think about the title of our magazine?

It is indeed interesting. Is it supposed to be like an oxymoron? Teens are so full of thriving and ideas and passion that Vanity Teen is like a contradiction in terms. Vanity entails many meanings but I think we are all at least a bit vain sometimes. Art is often called vanity; fashion is often called vanity. But I think also communists and other deeply concerned people can be fashionable, and art can have very deep meanings. Vanity also means emptiness. Empty teen? What is that?

Q:      Which advice would you give to all of those teenagers who are thinking about starting a career in arts or other media activities?

A: This world is not the best possible world. Please, imagine the best possible world. If something is happening to you or around you that isn’t right, imagine how that would have happened if you could decide everything. If someone is bullying your friend, or if your boss is saying inappropriate things, imagine how you would call them out, how everybody would support you, and how apologies were made, and how everything changes for the better. Now make it script, a comic, a meme, a painting. That is an art that imagines a better world. You can use this strategy also to advance your career. If the rude gallerist doesn’t bother to answer your emails let alone show your work, imagine a gallery that would be better and nicer artists, talk to your friends about it and open it yourself. When I am angry about stupid things happening, I get the best ideas: I know how to change the world for the better – with fiction or in reality.

I honestly could not thank Jani Leinonen enough for sharing this time to dedicate some inspirational words. Keep following his art on his social media and let us remember his advice of turning our experiences into creations; in this imperfect world, arts can lead us to a better place.

In this article:exclusive, Freedom of speech, Jani Leinonen