How the Gopnik have become a distinguishing mark of Russia 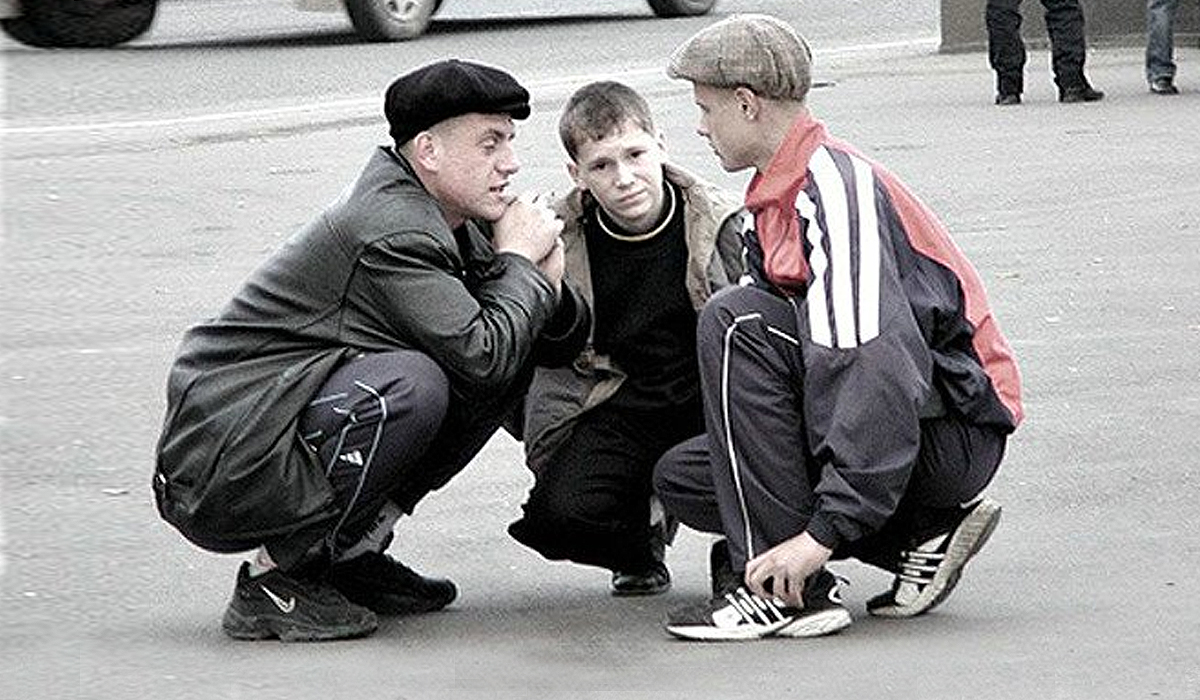 The matryoshkas or vodka are parts of the legacy of Russia all over the world. But, thanks to the Internet, and especially social networks, an underground culture and movement dressed with Adidas tracksuits has become the most important legacy from Russia. That culture is named ‘Gopnik’: shaved heads, Adidas tracksuits, a violent attitude, and a squat position which makes honour to prisons.

The Gopnik’s origin dates back to the 80s, when the Gopnik could be found in the streets of suburban areas of Russia, transforming the 80s Adidas tracksuit as an institution. The obsession for the Adidas tracksuits lies behind the Moscow Olympic Games in 1980 because Adidas designed the equipment of the Soviet athletics, when Russia was still governed by the communism. Because of the way of the structure of the government, Adidas and the rest of the brands were forbidden after the Olympic Games because of being considered as propaganda elements of the capitalist system.

The Gopnik could be found in the streets of suburban areas of Russia, transforming the 80s Adidas tracksuit as an institution

With the fall of the USSR, the tracksuit started to be more present in the Russian society. Former athletes that started to steal for having something to eat also wore the same Adidas tracksuits that they wore in the Olympic Games in the 80s. Moreover, Adidas tracksuits could be also seen in business meetings (legal or illegal) because Russian bosses also used to wear them too.

Thus, the Gopnik are characterised for their violent attitude, their shaved heads, Adidas tracksuits, drinking vodka or beer, and the squat position which reminds of Russian prisons.

At present, the Gopnik style is still present in many other industries like the music and the fashion. One example would be the Russian fashion designer Gosha Rubchinskiy (@gosharubchinskiy), who presented his Spring-Summer 2017 Collection in the yard of an abandoned tobacco factory in Florence. The collection made honour to the Gopnik because of the tracksuits, the sportif sunglasses, the gold chains, and the shaved heads, among others.

Also, the current creative director of the House of Balenciaga, Demna Gvasalia, @demnagvasalia (Georgia, 1981), also reflects this influence in the collections of the House. Gvasalia doesn’t believe in trends. His collections are so characteristic because of his obsession with the volume and the play of superpositions. He likes to think big and that is his distinguishing mark. His referents are ordinary, he loves ugly things and synthetic materials.

Moreover, the urban singer Tommy Cash (@tommycashworld) from Estonia could be also considered as an eccentric Gopnik.  He burst into the rap industry with a totally different offer from the countries in the Eastern Europe. Tommy cannot be considered just a rapper because the music he creates is a mix of rap, hip-hop, trap, and, even, electro. That is why he offers to his fans an amazing material for home-made raves. His style and his music videos reflect his passion for his culture and for things that are considered ugly in West.

Thanks to the Internet, and especially to social networks, the Gopnik culture has been extrapolated and taken to others industries making it famous and recognised. The origin of this culture could have a dark past, but at present this past has been used has a way of inspiration and a way of making honour to that era.

In this article:exclusive, Gopnik, Russia