Some of the best urban artists at present

Little Simz explores her soul through 'Sometimes I Might Be Introvert'

David Archuleta: all the emotions that came out 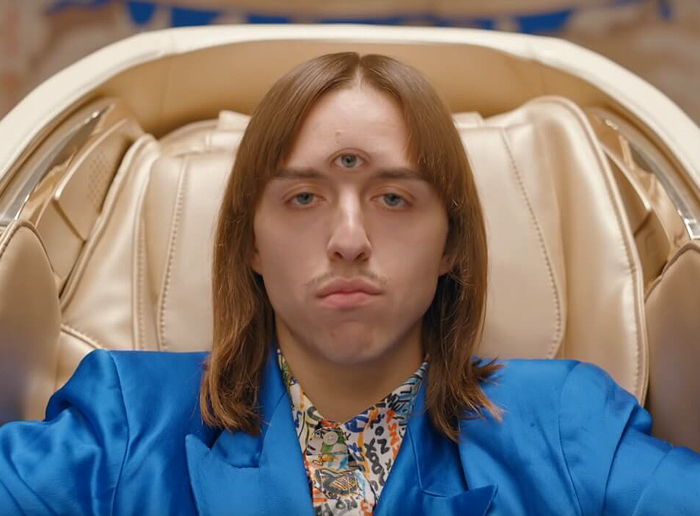 The concept of ‘Trap’ is still very discussed. The Spanish philosopher and writer Ernesto Castro Córdoba (Madrid, 1990) wrote about the confusion in using the word in his book ‘El Trap. Filosofía millennial para la crisis en España’ (‘The Trap. Millennial philosophy for the Spanish crisis’). In the book he wrote that many singers tend to refuse being considered as trap singers because they don’t sing about drugs, which is one of the most important characteristics about the music genre.

The trap was born in the United States in the first years of the 21st Century. The word ‘trap’ come from the ‘trap houses’ in the South of the United States, that is a way of naming the buildings where people sell narcotics. That is probably the main reason for the relation between drugs and the music genre.

However, there is another way of naming that type of artist, which is “urban singers”. That is because not all of the current artists can be considered or don’t consider themselves as “trap singers”. The problem with that concept would be that it used to be a way of comprehending the different genres which origins are in the black American culture. As a result, using that expression would be a way of appropriation of some music genres with a black origin behind.

Therefore, the best way of naming all of these artists would be “urban artists”, although it can be appropriation of the black culture, it is better because not all of them sing about drugs and the trap of the system.

The best way of naming all of these artists would be “urban artists“, although it can be appropriation of the black culture

The artists that are going to be shown in this article have revolutionized the music industry and the concept of urban music. Some of them have captured in their music their personality creating a “new and unique genre”, like Tommy Cash, for example. Meanwhile others have totally represented the new music gender commonly called “Neoperreo”, like La Goony Chonga, among others.

Tommy Cash (Tallinn, Estonia, 1991), @tommycashworld, is a multifaceted rapper. He burst into the rap industry with a totally different offer from the countries in the Eastern Europe. Tommy cannot be considered just a rapper because the music he creates is a mix of rap, hip-hop, trap, and, even, electro. That is why he offers to his fans an amazing material for home-made raves.

He got into the hip-hop industry through the urban dance. Since then he has not stopped growing professionally as an artist. Moreover, his music videos seem to be from another world. Tommy always tries to reflect all the ideas that he has taken as inspiration. For example, in Winaloto’s video, Tommy’s head comes out of a woman’s vagina while he is singing. In Little Molly’s video, his face is in every person that appear in it, from a blonde child to a mother with her daughters, among others. All of this makes him a unique and talented artist whose music reaches to many different types of persons.

For his part, Travis Scott (Texas, United States, 1992), @travisscott, has completely revolutionized the music and, also, the fashion industry. He started to be in the music industry when he was just 16 years-old as a discographic producer and, since, that, he has not stopped increasing his fame and recognized in the industry.

His music has the power of transporting people to the real United States because of the lyrics, the instrumental, and also the music videos. Moreover, Travis has also known how to innovate in an old industry. One of these ways of innovation were the historical ‘Astronomical’ concerts in Fortnite. These concerts started to be celebrated since the 24th of April, there finally were five concerts.

Moreover, Travis is recognised for his collaborations with Nike sneakers. He has always recognised his passion for sneakers and he has also demonstrated it through his designs. Travis’ collaborations are always welcome in both industries: fashion and music. His last cooperation was with the Spanish singer Rosalía (TKN), @rosalia.vt, with whom he had already showed off their chemistry with the song Highest In The Room.

Nathy Peluso (Argentina, 1995), @nathypeluso, is probably one of the most important female singers in the industry right now. Describing her music can be difficult because of the mix of genres: Rap, hip-hop, or salsa, among others. Also, her songs could be considered as a fusion of different cultures thanks to the rhythms and her own accents.  She has always demonstrated the empowerment of the women in the present society. Moreover, in one of her latest songs, Business Woman, she perfectly reflected the idea: She is an artist that doesn’t need a man to control and help her with her professional career.

Her last work was a single named like her native city: Buenos Aires. In the video, which was filmed in 2019, she completely represents the idea of the lockdown. Moreover, it is a preview of her next album in which she probably reflects again the poesy of her lyrics and the idea of a free and empowered woman.

The rapper Lil Wayne (Louisiana, United States, 1982), @liltunechi, is also one of the most renowned singers in the industry at present. He became a part of the music industry when he was just nine years-old, which made him the youngest member of the hip-hop duo BG’z.

His last work was the album called Funeral, in which he has collaborated with other famous singers like Doja Cat or Conway The Machine, among others. Because of George Floyd’s death and the later global protests against racism, he decided to add eight more songs to the album, which made it a 32 songs album. Funeral shows the influence and the talent of Lil Wayne, it has the power of making people feel the real urban genre.

La Goony Chonga (Miami, United States, 1992), @lagoonychonga, is the image of the urban genre in the music industry. She considers herself as the creator of a new music genre, the Treaggaeton, which is a mix between the present trap and the reggaeton. Thanks to this and her personality she is a unique and talented artist in the present urban music scene.

In her last album, Dimension, she recorded eight songs, all of them in Spanish. Dimension supposed an approximation between the Treareggaeton that she brings from Miami with the Spanish classic trap. This approximation is due to the collaborations with some of the most important Spanish trap singers like Yung Beef or La Zowi. Also, the album and, especially, the song Duro 2005, try to reflect the years when she became real, from her point of view. Moreover, La Goony Chonga did a tour in some Spanish cities like Madrid, Málaga, or Sevilla, thanks to La Golfa Club (@lagolfaclub_).

Yung Beef (Granada, Spain, 1990), @ricosuaveyatusabe, is probably the father of the Spanish trap. His artistic name comes from Lana del Rey’s song Young and Beautiful. His professional career has been very profitable because he has not worked only in the music industry, but also as a model for designers like María Escote or Roberto Piqueras, among others.

His record collection has many collaborations with some of the most important urban singers like Cecilio G, La Goony Chonga, or Pablo Chill-E. Moreover, he is in the Spanish trap group called Los Santos (PXXR GVNG in the past), whose songs are a mix between reggaeton and trap.

Yung Beef knows how to criticize the present society through his lyrics. Moreover, his punk attitude and having no filters make him a role model and an inspiration for the recently started Spanish trap singers. With all of this he is the father of a music genre in Spain that is taking by storm many countries and that is why he will go down in history in the future.

In conclusion, all the singers that cannot be classified in just one music genre are trap singers. The best way to call them is urban singers. In their own ways they all have known how to reinvent the music according to social demands. That is why each of them have something that makes them special and unique. 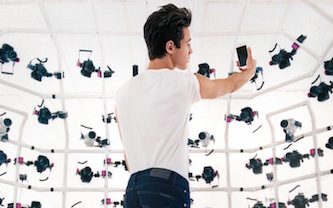