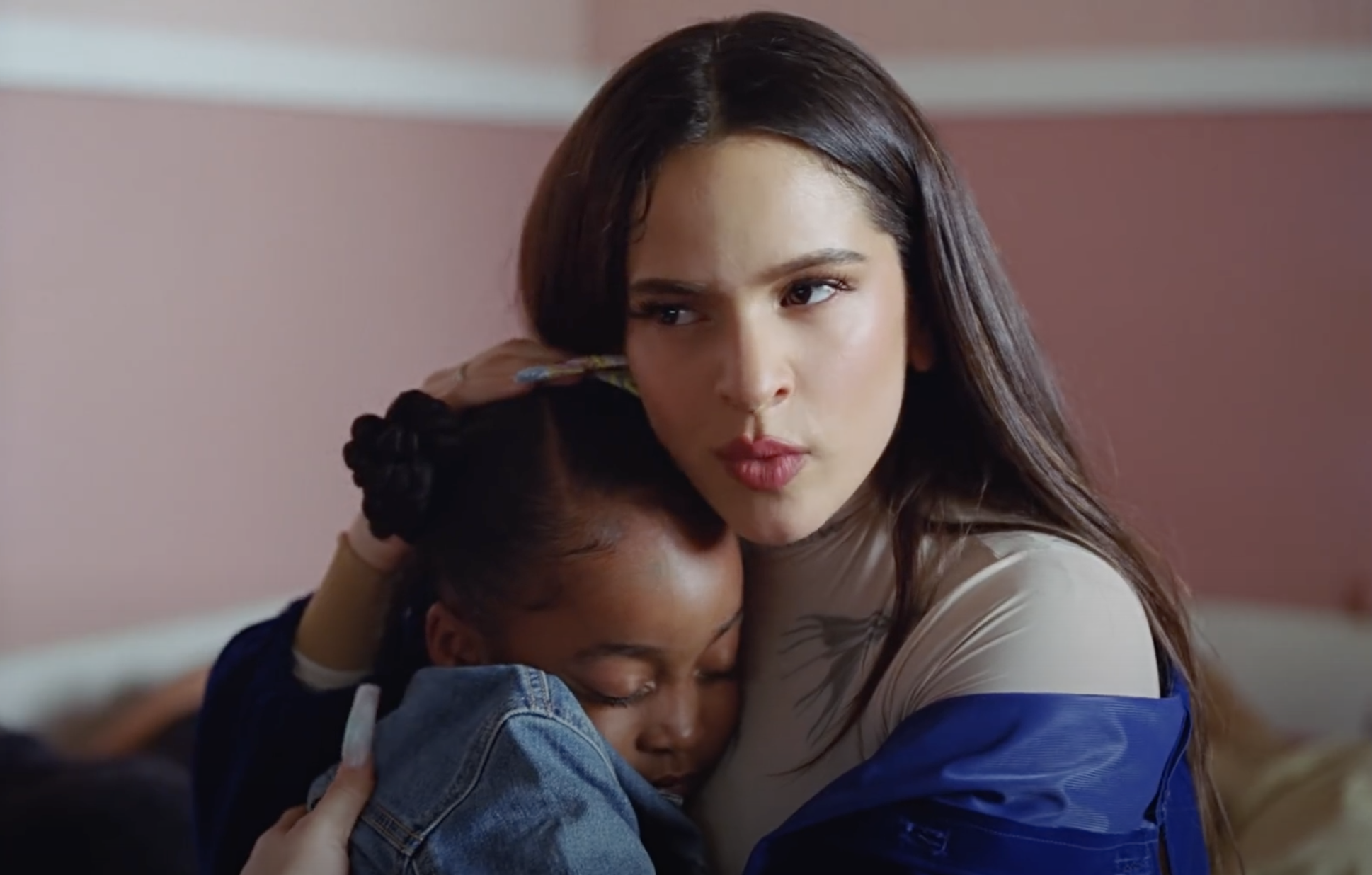 Once again Rosalía slays with her amazing talent, this time with TKN, featuring Travis Scott. She started this project in January 2019 and decided to finish it now, May 2020, because in her own words “you could always be reopening your projects, finding something to improve, some things to change” and two weeks before launching the song she felt that it was finished. “It has been a long but worthy process. You can’t rush when producing music.”

The music video, produced by the same discography of Pienso en tu mirá and Malamente which is CANADA and directed by Nicolás Méndez, has some amazing visuals with lots of kids around Travis and Rosalía which may have an underlying meaning.

“The song comes from a very clear idea. I wanted to create a song inspired by the image that an artist is not often alone. When you see an artist he’s rarely alone. Usually, he’s surrounded by an entourage, by family or perhaps by a clan. That inspired me to dig deeper into family matters, protection and that universe that surrounds artists.”

In the video we see Rosalía and Travis surrounded by kids all the time. Rosalía acts like a mother, carrying a baby as it is seen in the first part of the video, and in other hugging little kids. But those hugs are not the kind of hugs you’d give to a friend. In the part when she hugs this girl, she’s covering the child’s head and looks as if she’s squeezing her with a strong and fierce gesture on her face. That’s how we know this is a gesture of protection.

Rosalía acts like a protective mother but also mentions the mafia, mentioning in the lyrics “más te vale no romper la omertá” not to break the Omertá and “Los Capo con los Capo, yo soy la mamá” meaning that she’s the mother of the mafia’s bosses. Linking that to the video, the kids would be the Capos. Also, the name of the song TKN is an abbreviation for the combat game Tekken, so the fighting world is also in this video.

The lyrics follows with “ni un amigo nuevo, ni una hería” what can be translated as “neither a new friend nor a scar”, meaning not wanting a new friend because you know he’s going to betray you. With this message she talks about how trust needs to be earned.

Travis here plays the role of the father, sitting in the kitchen alone and in the first scene found laying on the floor by the kids with flashlights.

The fans have gone crazy with this song and some of them have started speculating with theories about this music video.

In the first place, we see a dead pigeon on the floor and the kids are touching it with a stick. If you remember the cover of Rosalía’s El Mal Querer album, there is a pigeon above her head. That would mean the end of a period and the start of a new one with TKN.

The following theory is quite accurate. It involves the evolution of the main characters of the story behind El Mal Querer, that if you remember tells the story of a woman who is a victim of sexism and her husband. Well, in this song Rosalía would represent that woman who ran away, had many kids and she has to keep secrets for herself in other to survive. As for Travis, the scene where he’s found laying on the ground would mean that he is dead.

There are many theories and some of them may be true, but we prefer to wait to hear what Rosalía has to say about TKN in future interviews with magazines. There is no doubt this will be the song of 2020. Stream the video!