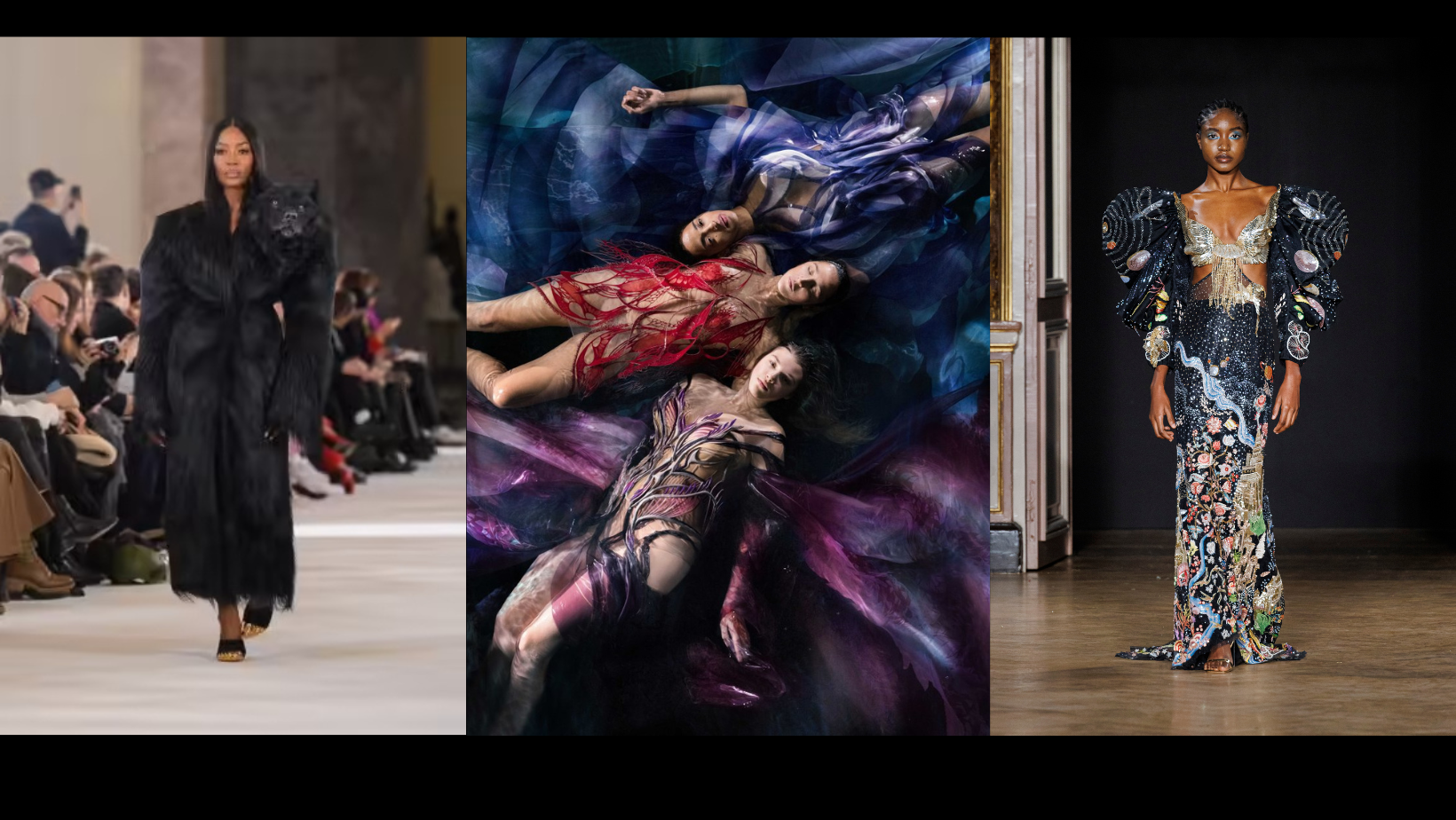 Carrying the allure of Schiaparelli in high fashion, Daniel Roseberry brought a fascinating and alluring surrealism for the Spring/Summer 23 couture collection, with an intriguing color palette and silhouettes, proving once again what its founder said, “For me, dress designing is not a profession but an art.” For this season, the designer managed to generate doubts (in the positive sense) of creation and intention in his collection, showing that nothing is what it seems and that life imitates art.

Titled “Inferno,” the collection was inspired by Dante Alighieri’s The Divine Comedy. “When I reread it recently, I was struck by how the story is, at its heart, an allegory of doubt.” reads the designer’s commentary on the collection. “What attracted me to Inferno was not only the theatricality of Dante’s creation, but how perfect it was as a metaphor for the torment that every artist or creative person experiences when that moment comes when they are shaken by what they don’t know.”

Inspired by the work and the sense of how challenging the feeling of doubt seems for every artist when creating, the collection features several series of pieces where nothing is what it seems at first glance. Some looks were organized in relation to each of the nine circles of hell, while some garments alluded to some representative images of lust, pride and greed, as were the garments with fake leopard, lion and she-wolf heads and skins. Other pieces were inspired by the slippery, house-of-mirrors character of Inferno, such as the paillettes that tremble on some of the dresses, which are actually made of tin plates covered in leather, just as the trimmings that cover a skirt are not made of fabric, but of wooden beads. Blurring the boundaries between the real and the unreal, some pieces projected such a vision, like plastrons sculpted in waves of real mother-of-pearl, as well as a giant hand-patinated copper bust.

In relation to the jewelry and accessories that accompanied the looks, the focus on craftsmanship was noticeable, such as rough and earthy jewelry, and hand-painted, gold-plated alligator “Secret” and “Face” bags.

As always, Iris Van Herpen’s collections never cease to amaze us. For this season the designer presented ‘Carte Blanche’, a collection presented in collaboration with French artist Julie Gautier through a film that according to the notes “explores the idea of femininity and feminine beauty as a form of control”. What better way to present this collection than with an element that reflects several positive qualities of femininity: water. This element resembles women in terms of their relationship with life, birth, and rebirth, creation and creativity, resistance and resilience.

The pieces, through their forms and colors, highlight the beauty of feminine sensuality in different ways, for example: as a source of life and as a giver of life. The former as her body is the source of resources through which human beings are formed and the latter as she generates human life out of her being. In another sense it could be considered as the woman’s own individuality, which is different and varied throughout her life, giving, or rather reminding, each viewer that life has given them “carte blanche” to be themselves and to recognize their strength and beauty. The notes state that “Carte Blanche is an ode to the resilience and strength of Iranian women and women all over the world, To fight for their rights and encourage others to persevere on their individual paths.”

For Maria Grazia Chiuri, this couture season gave her the opportunity to explore a collection that not only considers the empowerment of women, the beauty and importance of African-American and mixed-race women artists in life and in history, but also how the armor of a female revolutionary does not necessarily have to be one of war, but also of art. A corporal manifesto of how the vision of haute couture can become a radical gesture of consciousness of its own value and its own strength.

The African-American dancer, singer, actress, activist, and glamour icon of the 1920s who had a major impact on the French music hall and nightlife in Latin America, the Caribbean, and beyond, through the transgression of stereotypes and prejudices, the mixing of cultures and experiences, was the guiding principle of a collection that pays tribute in the form of a sartorial biography.

The cozy and intimate dressing room that preceded the artist’s entrance on stage is represented by a series of light velvet and ruffled dressing gown-style coats paraded in harmony with light satin lingerie pieces in reference to a contemporary interpretation of the classics of the 1950s.

The elaborate pieces of tiny silver studs and sequins, as well as touches of silver and gold fringe on the garments, accompany and magnify the nightlife references. Suits and coats pay homage to the masculine fabrics that Monsieur Dior cherished.

Complementing the sartorial narrative about the beauty and importance of the African American artist, the show’s scenery was crafted by contemporary African American visual artist Mickalene Thomas, which rises as a tribute to black and mixed-race women who became powerful key figures by breaking social barriers and going against the tide.

Rahul Mishra’s collection is a materialized vision of the Sanskrit statement “Aham Brahmasmi”, which means “I am the cosmos”. For this season Mishra harmoniously reflected in his collection entitled “Cosmos”, the crossroads between the two infinite worlds where man dwells: the inner cosmos and the outer cosmos…the mind and the universe.

In the end, all energy is neither created nor destroyed, only transformed, and for this collection he managed to transform the vast and beautiful realities condensed in a series of pieces that expand and contract from the human landscape to the beyond of the galaxies, to fantasy worlds in the sea like the sunken city of Atlantis, to the beauty of the nature that surrounds us: animals and plants (which have their own vision of the world) with which the human being since its creation has interacted with it, forming part of this great “cosmos” of the earth.

Pieces refer to shimmering in gold on a vivid coral reef while streams of salt water flow over the atmosphere encircling celestial bodies, planets and planetoids. The collection is explained by the beauty that surrounds us through nature and how humans may wish to interact with it.

Made with two- and three-dimensional hand embroidery complemented by hand-cast recycled brass elements, gold plated and encrusted with Swarovski crystals, handmade in Indian villages, they depict the human, natural and spatial cosmos, which are part of a unique and total cosmos. 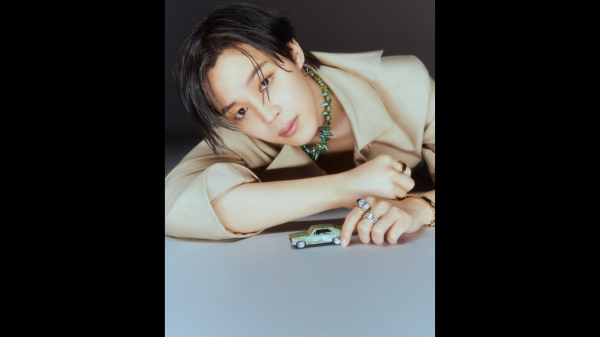 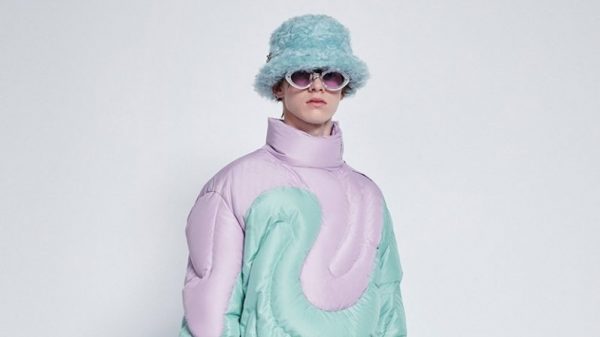 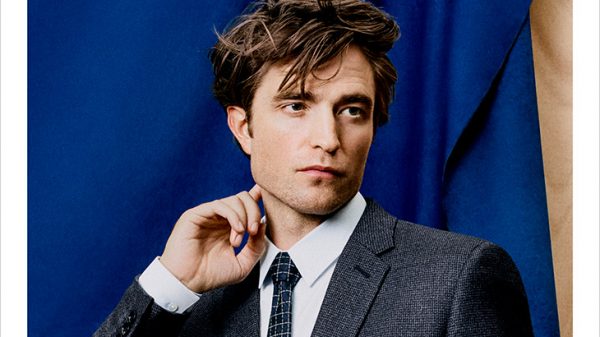 Available from October 13, new accessories from Dior Men’s Ski are the first capsule collection of clothing, accessories, skis, and snowboards. The collection is...