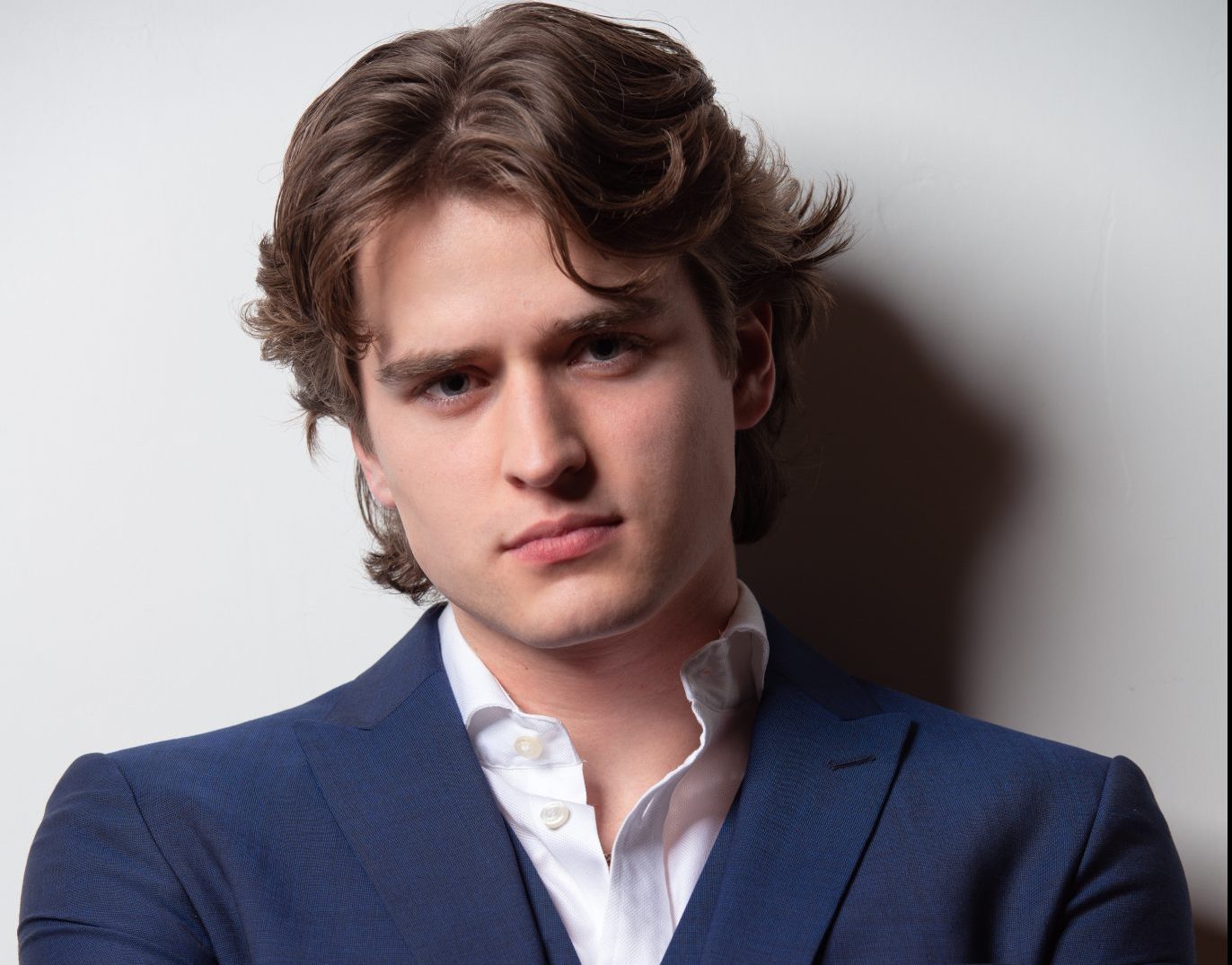 The Canadian actor Charles Vandervaart is well-known for being a talented actor, a great musician, and most importantly, for being attentive and a very active person who loves nature and always spreads kindness and joy.

Since he is part of the third season of the Netflix hit show Lost in Space, we had a conversation to talk about this experience, his career, and he also shared with us about the great feeling of overcoming your limits and going beyond.

Lost in Space is out now, and there we can see Charles Vandervaart delivering one of his best performances yet; so, as we set the right ambiance to watch the latest adventures of the Robinson family, let’s enjoy this exclusive interview for Vanity Teen.

A career out of a passion

VT: How did you get into the acting world?

CV: My parents took me to see a play in my hometown when I was about six. Most of the kids in the audience were bored and jumping all over the place, but my eyes were glued to the stage.

I still remember feeling really moved, and later asked my parents if I could audition for a play at my hometown theatre.

I started acting as an extra-curricular, just like hockey or basketball. As I got older, it just stuck, and I feel very lucky that I get to make a career out of a passion of mine.

VT: How do you remember your first experiences in theater and the later transition onto TV, film, and media?

CV: In my first gig, I played Tiny Tim in A Christmas Carol. I was playing a card game one of my adult cast-mates showed me that he called A** Hole, and I was seven, so I didn’t hear my cue to go on stage.

I ended up wobbling on stage about a minute late, trying to improvise my way back into the scene.  I never did that again!  But I still play the card game, though.

VT: In which ways do you consider acting has helped you in life?

CV: Well, I’ve had a ton of auditions, and a lot of the time, you don’t get the job. That can be tough to deal with at first, but it’s something you adjust to, and that kind of rejection has definitely made me more resilient.

I don’t let rejection or the opinions of others affect my self-esteem, and I still welcome constructive criticism.

VT: What would you like to share about your experience in Holly Hobbie, considering most of your fans came to know you because of this TV show?

CV: It was a pleasure to work on such a positive show. The show is written with such empathy, and I felt that translated to the set.

We film the show in a very short time span, so the cast and crew work very hard every day, and I’ve always felt lucky to contribute to the show and am happy to put the work in.

VT: The well-expected third season of Lost in Space is ready. So, what can you tell us about this show and Liam Tufeld, the character you portray?

CV: Liam is a laid-back, positive guy. I like to think he spent some time in Malibu before taking off to outer space. But the colony’s situation is dire, so it’s not easy to be laid back when lives are at stake. He’s lucky the Robinsons are on his side!

VT: What can you tell us about your plans for the future?

CV: I’ll probably eat some pizza sometime in the future (laughs). In all seriousness, it’s hard to predict what the future holds, especially in this industry. I have faith that good projects and good times will come my way. Not knowing exactly what’s going to happen makes things exciting; it’s part of the fun!

I have new acting projects I’m working on and hobbies when I’m not working. I love to rock climb, play music, and I’m a part-time student at The University of Toronto.

VT: What is your relationship with music? Have you ever considered releasing a musical project?

CV: I’ve been playing piano since I was five or six. I’ve gone through periods where I don’t play as much, but I always go back to it. I started playing guitar in high school.

I took my guitar to Vancouver to film Lost in Space. It’s a great pastime, and it feels good to play the songs you love.

I still love the piano and guitar. I’ve never thought about releasing a musical project, but a lot of my buddies are musical as well, so who knows? Maybe we’ll start a band!

VT: You are known for being a very active person, and you also love outdoor activities, but how do you stay in shape?

CV: I work out with weights regularly and love to rock climb. It’s really fulfilling to achieve something you could never do before.

There was a particular climb at my climbing gym that I tried to climb for about two months. I probably failed a hundred times, but I didn’t give up! I tried each move over and over, watched other people climb, copied their moves, and worked on my flexibility and finger strength every day.

Eventually, I got stronger and my technique improved. I finally did it! That’s a great feeling; it makes the months of effort totally worth it.

CV: Be kind to yourself! I’m definitely no expert when it comes to this stuff, but if you’re feeling low, try to remember that you are important and that you matter.

You are capable of more than you can imagine. I also think it’s very important to be empathetic of others’ situations; some kind words could turn someone’s day around for the better!

When it comes to following our dreams, inspiration may come from everywhere; Charles Vandeervart has been finding his in nature, the love of his close ones, and in that unique energy that comes from pursuing a career in something you have loved since you were a child.

With his words, he also has reminded us of the importance of being kind to others and ourselves because, as humans, we are not meant to be perfect and we can always learn from our experiences as we push ourselves and work hard to achieve our goals.

To know more about his work, enjoy watching him playing music, and stay tuned to his upcoming projects, you can follow him @charles_vandervaart.