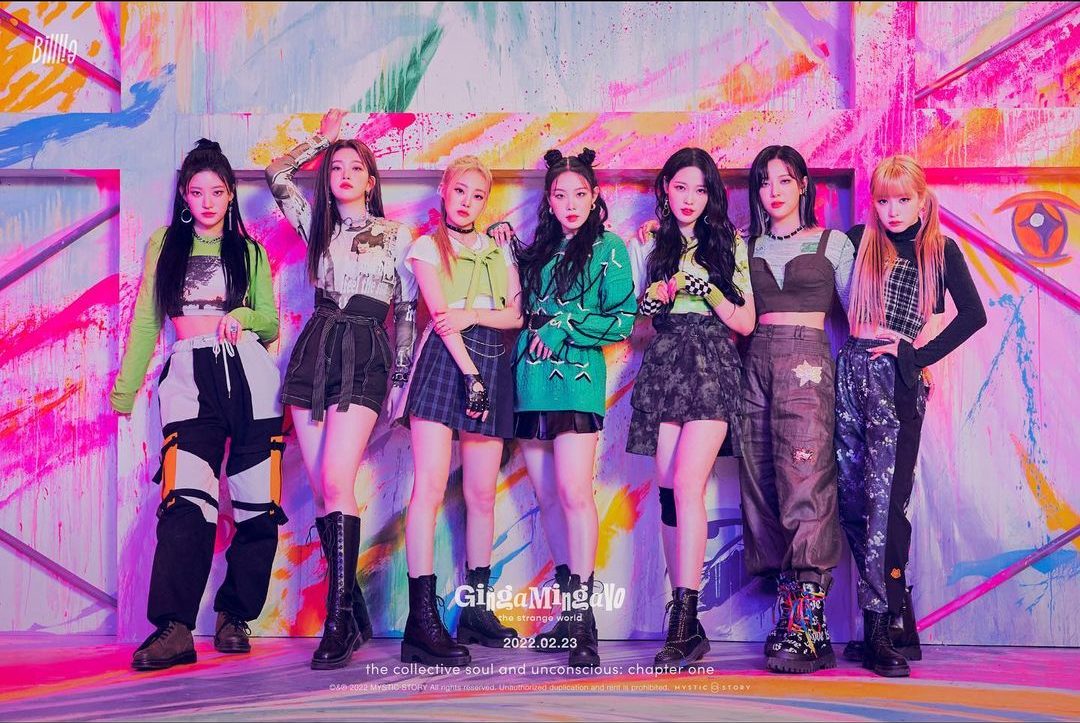 The seven women of K-pop powerhouse Billlie (@billlie.official) unknowingly predicted their rise to fame, once casually introducing themselves by teasing, “Have you heard about Billlie?”, though, at the time of their subtle debut, there was little knowledge of just how popular they’d later become.

At the time when the aforementioned song “the rumor” was released on their debut mini-album the billage of perception: chapter one, it still managed to become an immediate dark horse track for an underdog group, setting up elaborate lore for Billlie that would come into play by the time their success felt like an almost overnight achievement thanks to their new 2022 smash hit “GingaMingaYo (the strange world)”, a music video with over 20 million views, and an album that has peaked at No. 5 on the Gaon Album Chart.

The group’s eccentric dance hit single candidly covers all bases – with impeccable rap verses, an enthralling chorus, and what could be considered SOTY (song of the year) material for appealing to so many new listeners without a hiccup. As the song continued to show rapid commercial and streaming growth, the ever-changing facial expressions throughout member Tsuki’s performance of the song also aided even larger developments – with growing admiration for every member’s individual strengths that has molded a reputation for Billlie as K-pop icons in the making.

With their new status, Billlie’s appreciation for storytelling by a mystical world became more abundant than they could have possibly expected, leading to the recent release, the collective soul and unconscious: chapter one Original Soundtrack from “what is your B?”, a combination of prior tracks, instrumental versions, and both a prologue/epilogue to temporarily complete this astonishingly unique tale.

As Billlie and its members presently continue to dominate the K-pop scene and evolve through their dedicated fandom, we had the privilege of talking to the group about everything including music, fashion, and those who have inspired these remarkable women.

First and foremost, we have to discuss your group concept. I often find myself drawn to B-sides, and there’s finally a group that plays up the magic of those additions! What would you say makes an ideal B-side track?

SHEON: Our second mini-album the collective soul and unconscious: chapter one’ focuses on the story unfolding in the world of ‘dreams and unconsciousness. All five tracks are closely related to the storyline, but if I were to choose one song, ‘overlap (1/1)’ would be something like an ideal song. It tells the touching imaginary story of an overlap between time and space that feels different for every person. It is a song that blends Billlie’s own color and narrative, matching with the theory of relativity of time and space, so I hope you listen to it along with the title song.

When it comes to your own music, how does that concept affect your approach to those essential supporting tracks?

SUHYEON: Actually, even before our debut, we prepared a lot to show our broad storyline in a consistent series. In terms of music, I think Billlie’s unique color comes from combining various music genres and recreating them into Billlie’s own sound. In order to incorporate this unique message not only in the title song but also in the B-side tracks, we have continuously prepared everything by discussing things with the company and the members.

SIYOON: Billlie’s narrative tells a variety of stories centered on the disappearance of a child called ‘Billlie’. In this mysterious event, the lyrics also detail the present, the past, the space of dreams and imagination, and the way they collide and grow. If you can find these points and enjoy them together, I think you’ll really enjoy listening to Billlie’s songs.

What would you say are some of your own all-time favorite B-side tracks by other K-pop artists?

HARAM: I like the song ‘Better Babe’ from Girls’ Generation Taeyeon’s Purpose – The 2nd Album, album. I really like Taeyeon’s voice and the mood of the song, so I listened to it a lot when I was a trainee and practiced hard.

SUHYEON: I recommend a song called ‘Meet Me in Dreams’, from Kwon Jin-ah’s Shape of Me album. I actually really like Kwon Jin-ah, but at first, I clicked it because I was attracted to the title, and it was really good when I listened to it, so I’ve been listening to it since I was a trainee!

With your new mini-album, we get to see the first chapter of a brand new story! What does this titular story look like to the members of Billlie?

MOONSUA: If the debut album [the Billage of perception] series was about Billlie and us in reality, [the collective soul and unconscious] is a new series that will focus on the story between ‘dreams and the unconscious’ and solve it in Billlie’s own style. We are happy because we can give this series to fans as a present through various methods, not just music, but through concept films, lyrics, and art. We have been given so much energy and can work hard because so many fans are interpreting these parts and enjoying them

TSUKI: And through this album, Billie’s own multiverse, in which the story of two spaces and time runs in parallel, is shown clearly. However, we still have a lot of things to show you and tell you, so I hope you continue to enjoy our storyline, not just this series!

This era brought on your third music video as well, so now that you’ve filmed a few different visual aids to your music – what’s your favorite thing about getting to make a music video?

HARAM: I think Billlie’s unique color comes from combining various music genres and recreating them into Billlie’s own sound. In the title song ‘GingaMingaYo (the strange world)’, I was glad that I could see these characteristics of us clearly shown in not just the music, but also in the music video.

SIYOON: I liked that it connects with the concept film. All the members enter the ‘world of dreams and unconsciousness’ through their respective passages, and as I move to the ‘world of dreams and unconsciousness’ while watching TV in my room, both my clothes and style change. I think these aspects are fun because they contain the message we want to show you.

Outside of your new title track, what would each member choose as the best Billlie B-side of the mini-album?

HARUNA: I really like ‘believe’. ‘believe’ is a synth-pop track song that we prepared for ‘Belllie’ve’ following ‘FLOWERLD’ that we presented as a fan song in our debut album. It’s a song that I like because the lyrics express the gratitude the members and I feel for ‘Belllie’ve’, as well as Billlie’s feelings.

SHEON: I like our B-side track, ‘a sign ~ anonymous’. It’s a broken beat song with a new jazz influence, and the ideas of ‘suddenly checking the time, but always seeing it seems to be the same time’, ‘a pencil that has never been used, but is worn down’, ‘Isn’t deja vu a sign from someone to me?’, and, ‘Is everything connected?’, are expressed with a vibe that only Billlie has. Also, you can find those elements in our stages, so I recommend you watch the performances too!

When it comes to general style or unique fashion, who are other artists you admire for their creativity?

SIYOON: I really like BLACKPINK Jennie’s style. She’s so stylish and she makes any clothes look great in her own way, so I really like Jennie’s fashion!

MOONSUA: I like MAMAMOO’s Hwasa and SHINee member Taemin’s style because they dress comfortably but with a sense of fashion in their daily wear. I like their style and I also want to be like them!

TSUKI: I like Girls’ Generation Sooyoung’s style. She usually has a casual mixed with formal feel for her outfits, and I want to be like that too!

What’s one item that you each would say is currently a winter must-have? (whether food, clothing item, object, etc.)

SUHYEON: I often wear a hat in winter. It’s warm and can be used as a fashion item, so I picked it as a must-have item in winter.

MOONSUA: I thought of ‘Bungeo-ppang’ [carp bread], a street food, as a must-have food in the winter. It feels like the cold disappears if you buy and eat a warm bungeo-ppang on a cold day. So, I chose bungeo-ppang as my must-eat food.

TSUKI: I would like to recommend ‘kotatsu’ as a must-have item for winter in Japan. It’s really warm inside the kotatsu in the cold winter! So I would definitely recommend it.

Lastly, what are BILLLIE’s hopes when it comes to connecting with their new, and existing fandom?

SHEON: Just as Billlie has been encouraged by Belllie’ve, I hope that Billlie will be able to encourage Belllie’ve. Please show us a lot of interest and love, and we’ll work hard to give you greater love! Let’s be together for a long time!

Billlie’s hit music video can be seen here, and make sure to stream their releases here! 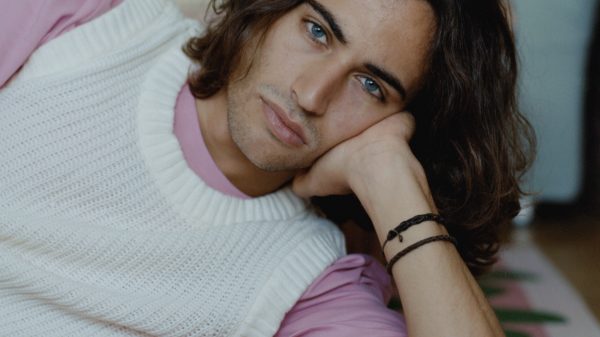 Iker Jimenez Moro – A chat with a Basque model

He is 22 years old.  He was born in the Basque Country. He has a big passion: food!  Iker Jimenez Moro is the young Spanish... 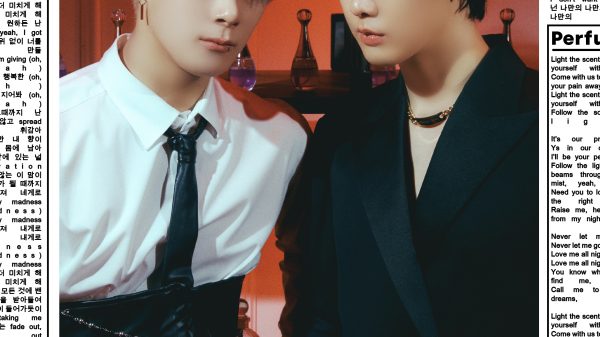