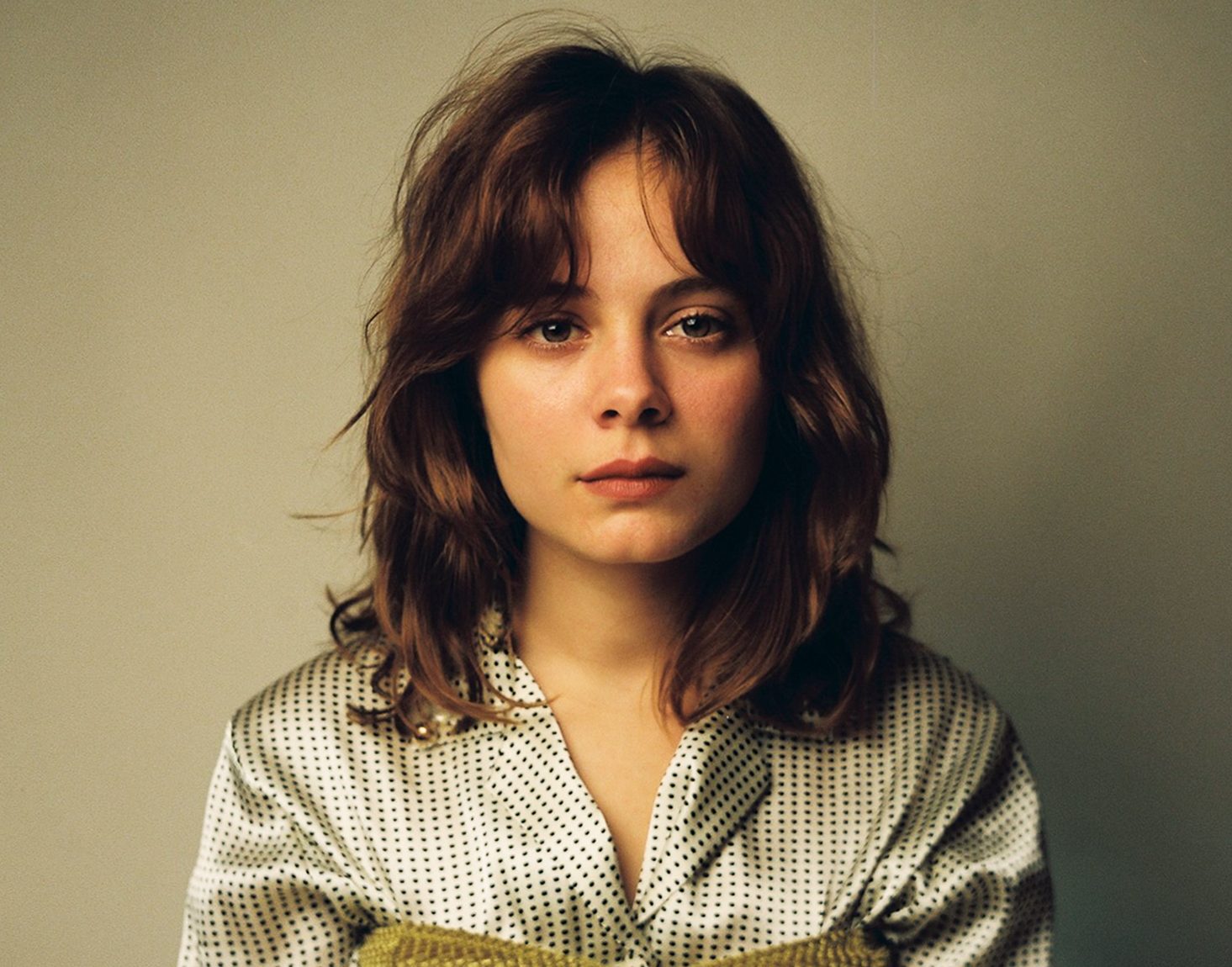 Athena Strates is an actress who was born in the vivid Cape Town and later moved to Berlin, traveling with a case full of dreams and strong determination. She recognizes that we should follow our passions and use every resource we have to stop injustices, inequity, and any form of aggression.

Most of us got to know about her for her roles in productions like Genius: Picasso, The Good Liar, or the popular thriller A Perfect Enemy, so, this time, we invite you to know her better with this interview for Vanity Teen, it will be a thoughtful way of learning through others’ experiences.

Focusing my attention on my acting career

VT: What can you tell us about your origins and how you became an actor?

AS: I started acting on stage with a fringe theater group in Cape Town, South Africa – my hometown – until I finished high school. I went on to study architectural technology and interior design for three years; during that time, I joined a local acting agency and was auditioning for TV and movie roles on the side.

I booked my first leading role in a German TV movie (German is my second language) during the last year of my studies, and that led me to some European exposure and signing with Baumbauer Actors. At the beginning of 2019, I was packing my bags with an interior design degree in my pocket, moving over to Berlin, but with all the intention of focusing my attention on my acting career.

VT: Who would you consider your biggest inspirations?

AS: They’re always changing based on the motivations that are most present during a phase in my life. They go from the random punks passing me by on the street to the Oscar-nominated actresses. My mom, my sister, activists, my father and his words of wisdom, to the stories of life lived by friends. Artists and creators that I see online, as well as teachers and guides that I work with presently.

VT: Despite the love for your profession, you have been standing up for more representation and equality in the film industry. Could you share with us some of the reasons that motivate you to do so?

AS: This industry puts a magnifying glass on us, and it makes the things we say and do – our outreach – go very far. I feel like it is only respectful to use this platform to share awareness about the unethical, unfair, backward, racist, and oppressive structures of the entertainment industry as a whole.

Of course, because some of it affects me directly, and I want to change that, but also because I am learning about the privileges I have as a white woman, and I want to do what I can to use those privileges and contribute toward creating an industry that is fair and equal for all. Then I can be truly thankful for the opportunities that I’ve had.

The liberating and fun part about my job

VT: Your roles in Genius: Picasso and The Good Liar helped you be more recognized overseas. How do you remember those experiences?

AS: Genius came first, and I remember finding it so creepy traveling for the first time for work. Kind of like some anonymous person was paying for an all-expenses-paid trip with everything organized, and all you have to do is go with it! (Laugh). And then you get a call the day after arriving with details about how things will go from here, and you realize you’re really about to work alongside Antonio Banderas and that it wasn’t all just a dream. And he turns out to be the sweetest legend, just like they all said.

The Good Liar was also brilliant. I believe that both jobs came at the perfect time as they helped me get a foot in the door of this big wide web of show business.

VT: The international thriller A Perfect Enemy allowed you to push some acting boundaries and work alongside the director Kike Maíllo and Cold War star Tomasz Kot. What was it like to film that movie?

AS: Making that movie was an incredible experience for me. As an actor, it is so special to receive so much trust and creative freedom from the director. I came well prepared, having done research on people with a psyche like Texel Textor. From then on, a lot of it came from sides of myself that I emotionally and psychically opened up and explored.

I think that’s the liberating and fun part about my job – if it’s right for the project, you can push your own boundaries. It was a real journey of all parts of the mind, good and bad, and I felt supported and held by my costar, director the entire crew! A dream job, I must say.

AS: Wow! It’s quite hard to predict right now. Also, Covid really taught me just how to live day by day. And I think that’s totally helpful in this line of work. This is good! This question is reminding me to get specific and manifest!

Learning through others’ experiences

VT: Social media is a kind of roller coaster with its highs and lows. How do you deal with this part of our current lives?

AS: It is a roller coaster, and I have my ups and downs with it too. That much I’m aware of.
I know that I have phases where I’m on it more; and others where I couldn’t care less. Of great help for me was to curate inspiring, informative, and realistic content for myself.

Sometimes we don’t realize how we’re subconsciously comparing ourselves to fake and unrealistic media content, leaving us feeling deflated and unhappy with where we’re at. Damn! Even though it’s been a catalyst for a lot of good things, I kind of wish it didn’t exist.

VT: What do you do to preserve your mental health?

AS: Running clears my mind. And I journal every single day. Otherwise, I am just constantly clouded by my thoughts, and it really helps me get it out either on pen and paper or verbally. And that’s why I have a therapist!

I think we all need someone who has our undivided attention for an hour where we don’t have to feel guilty to go there emotionally and, with health insurance, it’s usually covered.

VT: Which words would you like to share with those thinking about pursuing a career in scenic arts?

AS: I wouldn’t really know what to say that hasn’t been told before. I think what resonates with me the most right now is that it’s a long journey, and it isn’t straight.

I’ve had to go through a couple of downers during this pandemic as I’ve also realized that the idea I had about the way things would go for me is different than how I imagined. And that has felt a little like grieving.

I have really supportive people and agents around me who motivate me to keep pushing and not give up. And I really, really want to encourage people to keep that in mind: surround yourself with people and agents who want the best for you. Who believe in you and want to be your team player. It makes a difference in the world.

AS: I honestly enjoyed these well-thought-out questions. It’s really beneficial to learn through others’ experiences, and these questions encourage answers that can do just that! So thank you.

I love that Athena Strates shares her name with the ancient Greek goddess Pallas Athene, a deity who represents wisdom and female power, values that Ms. Strates stands for, and always tries to reflect with her work.

In this conversation, she wanted to be true to herself and answered each question honestly, hoping some readers might learn through her experience; I would say she did it right since her words motivated me to do better and be kind to others. I’d bet others feel the same way.

Near in the future, we will see her starring in the horror movie The Seeding, alongside Mickey Rourke and Jake Weber; so, if you do not want to miss this and her other projects, you can follow her on her social media @athenastrates.

In this article:Athena Strates, exclusive