The film is a documentary portrait where Alexis shares his dreams, goals, and inspiration. Castro wanted to capture Alexis, the boxer, rather than the model we see in magazines and worldwide campaigns. Marco Castro’s films often proudly speak of brownness, masculinity, and immigration and are a solid, beautiful statement on young Hispanic culture. The subjects he films are living their “American” dreams.

Filmed using a Sony 4k in a studio over in Brooklyn, NY, the main goal of Castro in this film was to portray the perseverance and resilience all new yorkers have. Alexis wears a wide range of clothes, styled by Brent Chua, who also did the casting, with some amazing clothes from different brands such as Willy Chavarria, Calvin Klein, Levi’s, Everlast, and Bench/Body. The film was produced by Monarch Workshop NY @monarch_newyork and the sound design and the music were created by Yuri Beats, who perfectly showed the vibe and the message of the film. In charge of the grooming was @marcoamazonico, who also did an amazing job as the rest of the team.

It’s hard to beat a New Yorker; We never give up!

This is an amazing project that really shows the perseverance and resilience new yorkers have, fighting for what they want and always doing what they love.

In this article:Alexis Chaparro, Marco Castro 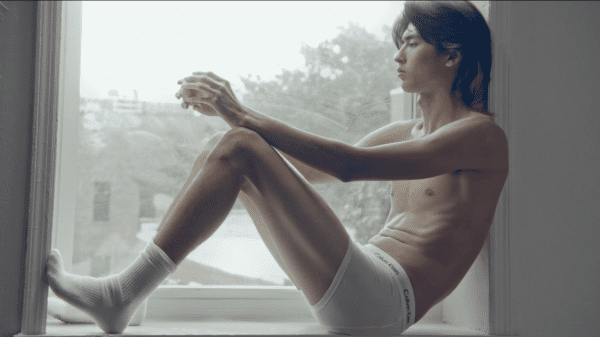