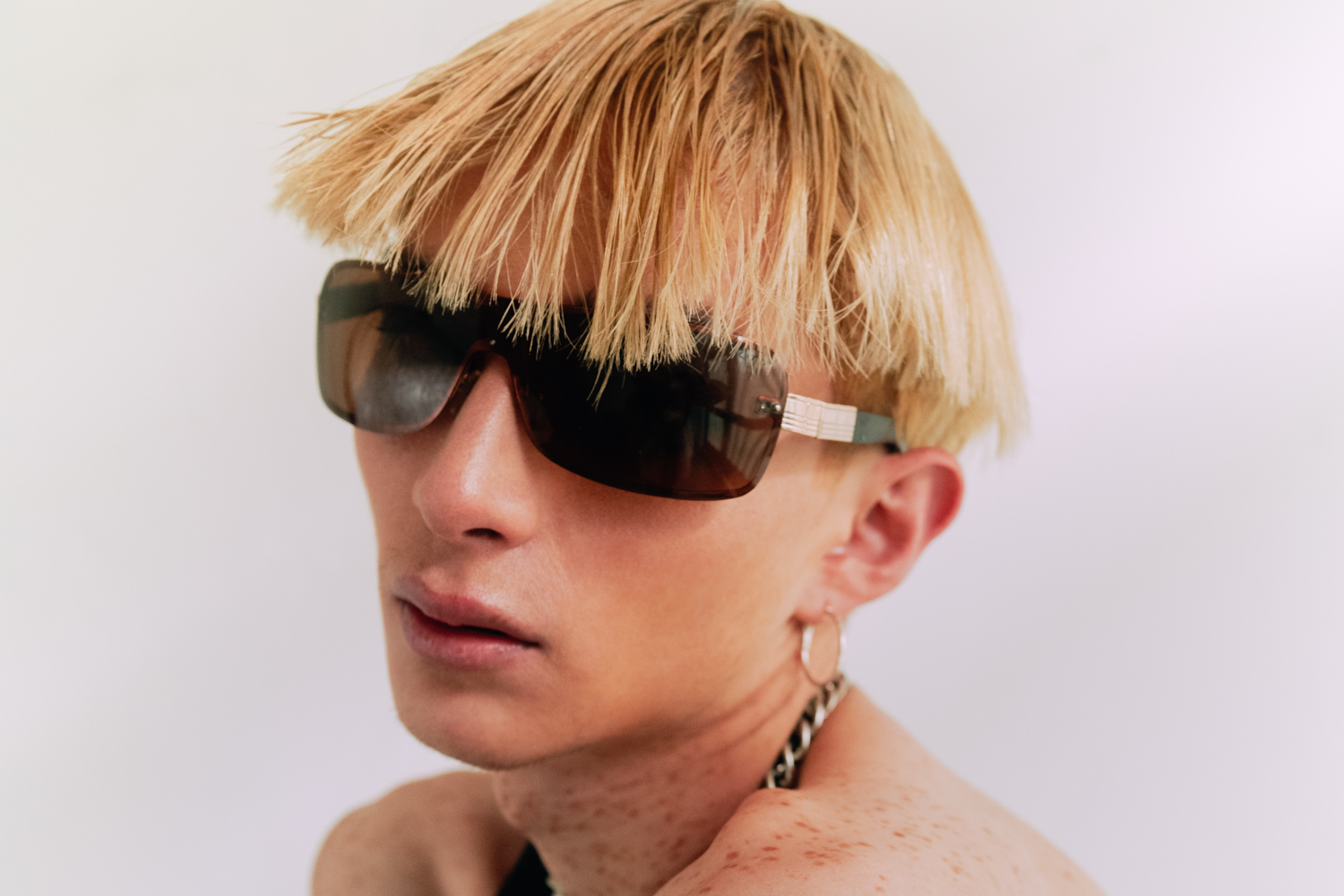 In charge of the styling was Felipe Triana @I.am.lupe, who perfectly understood the style and concept of the photographs, he used some pieces of the brand of the Colombian designer Maria Giraldo @streetgenderless.

“Some time ago, I had seen Gabriel’s photographic record, which caught my attention and that’s where my idea of wanting to take photos with him starts. I talked to Lupe, who is my styling partner in most of the editorials I have done, I discussed my idea about taking photos of this boy, who he loved. We started working on the concept of wet and wild as if it had just arrived from an after-party in Berlin, which we really love, apart from being able to experiment with cutouts and tight or short pieces that give it that 2000 ́s vibe.”

“One of our direct references was everything that Ludovic de Saint Sernin is doing, adding that wild side to him,” says the photographer.

For this session, the photographer used my Nikon D850 camera with focal lengths ranging from 24mm to 70mm. He had the opportunity to use some lights from the place, which was the gallery “La enbajada” where the photographer could really experiment with different light atmospheres.

“When we started we didn’t have that much time to recreate all the looks we wanted but in the end we completed it. Thanks to the incredible team and the talented model Gabriel, who all the time was in his wet and wild role, aggressive, sensual, rude, without fear of experimenting, others were able to get him out of his comfort zone through these photos since they don’t usually portray him wearing this type of style, which he loves to experience.”