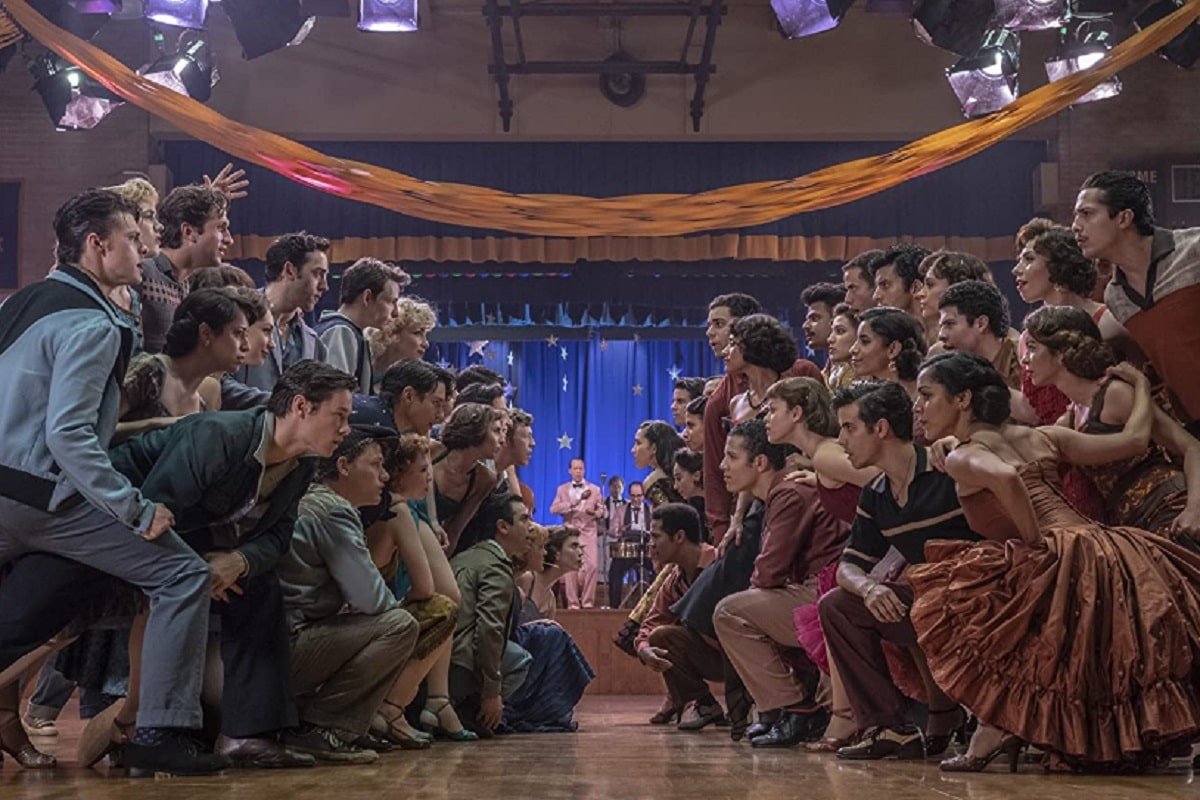 Some time ago it was announced that Steven Spielberg was working on a remake of West Side Story, the 1961 film starring Natalie Wood and Richard Beymer that brought the Broadway musical to the big screen.

In hopes of perfecting his modern adaption of the movie-musical, Spielberg recruited Pulitzer Prize-winning screenplay writer Tony Kushner and New York City Ballet choreographer Justin Peck. As said by the director, it was filmed “all over New York,from Flatbush to Fort Tryon Park.” he added: “The city lent us its beauty and its energy, and we drew deeply upon its grand, multicultural, multifaceted spirit,”

West Side Story is the adaptation of the 1957 Broadway musical written by Arthur Laurents, Leonard Bernstein and Stephen Sondheim, which in turn is inspired by William Shakespeare’s Romeo and Juliet. It tells the story of two star-crossed lovers caught between rival street gangs: the Sharks, who are Puerto Rican, and the Jets, who are white. In 1961 it had its first adaptation on the big screen by the hand of director Robert Wise and it was a huge success, collecting ten Academy Awards. Until today, it is considered one of the greatest movie musicals of all time.

The musical comedy lived its splendor in the 1940s, when about 70 titles were released a year, but Hollywood has never abandoned the genre and has continued to accompany us more or less frequently since then.

Now, we get a new chance to see Maria and Tony fight for their forbidden romance, this time played by Ansel Elgort and Rachel Zegler. Although the film was finished filming in October 2019, and the world premiere had been set for December 18, 2020 due to the pandemic its release has suffered countless delays. If there are no problems, the film is expected to hit theaters on December 10.

Fans will also see a familiar face in the new rendition of the movie, since Spielberg asked Rita Moreno, who played Anita in the 1961 film, to portray a new character in the film. She will be Valentina, Doc’s widow (In the first film Doc owns a candy store where the Sharks and the Jets hang out). Valentina is a reworked and expanded version of this character and sings a rendition of the classic song “Somewhere” in the movie’s first trailer.

When the filming was finished, Spielberg himself was in charge of writing an emotional letter of thanks.

“This has been a journey without precedence: a joyful, stunningly moving, endlessly surprising encounter with the story and score of one of the world’s greatest musicals (…) My brilliantly talented, fiercely committed, generous and apparently inexhaustible cast and crew of hundreds have given our film everything they’ve got, and already I can say that the film we’ll be releasing on December 18, 2020 owes everything to them, as does its immensely grateful director.”

In this article:exclusive, Steven Spielberg, West Side Story