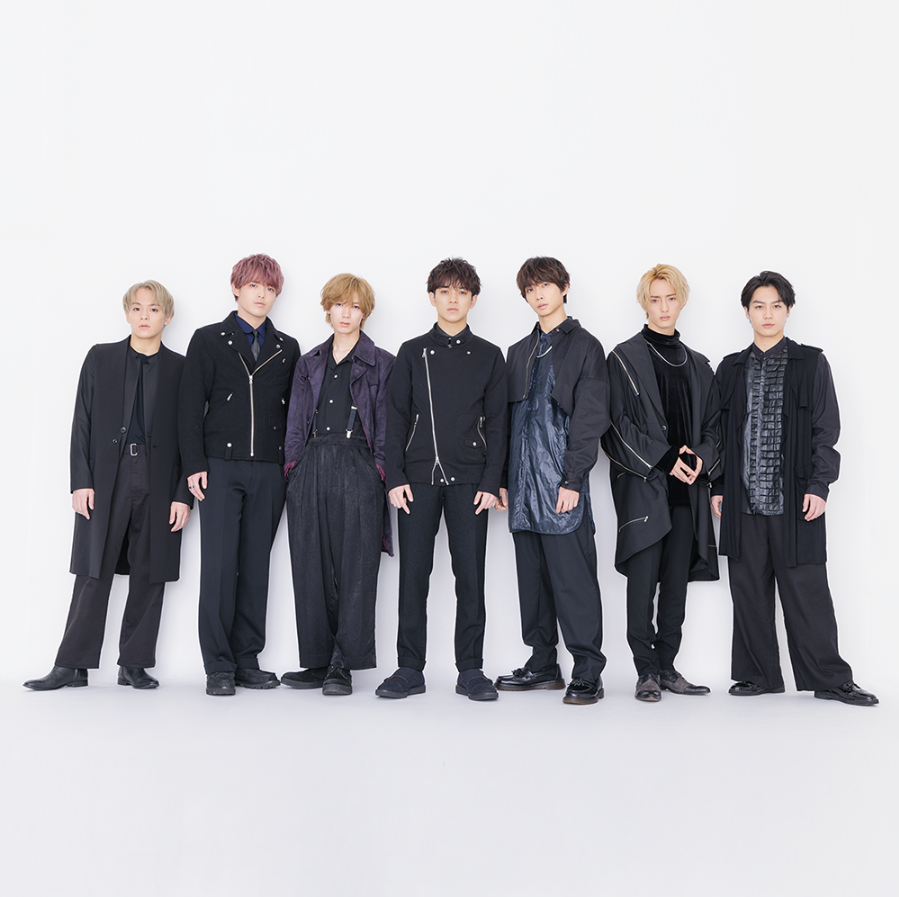 On March 3rd, Japanese boy group Travis Japan announced via Instagram live that they would be moving to Los Angeles to continue polishing their skills in singing and dancing. Consisting of Chaka, Umi, Shime, Noel, Shizu, G, and Machu, the septet was named after world renowned choreographer Travis Payne, who formed the group’s original lineup in 2012.

During their few months in LA, Travis Japan has been working tirelessly to take on new self-induced challenges. Just days after their arrival, they competed at World of Dance’s Team Division in Orange County, where they won 3rd place and received the awards for Crowd Favorite and Best Costume. They also performed and held a Q&A panel discussion at the largest Japanese pop culture convention in North America, Anime Expo, which dozens of their dedicated fans from Japan flew to see.

However, their greatest feat made in the States so far is easily their debut on the famed reality TV series America’s Got Talent. In an episode that aired last week, they performed their first original song, My Dreamy Hollywood, in English, with an astonishingly synchronized dance and even some acrobatics to spice things up. Through their various activities in the Los Angeles area, Travis Japan has garnered much attention and gained numerous American fans, and with their enthusiasm, charisma, and ability to wow any crowd, it’s easy to say that they’re on track to becoming one of the most loved and admired Japanese acts in the US.

I was recently given the privilege of sitting down with the group and asking them a few questions over a video call regarding the culture shock that they experienced while living in LA, their initial thoughts on becoming AGT contestants, and more.

You guys have been living in the US for more than 3 months now. Have you experienced any culture shock yet? If so, do you have any instances of it that you’d like to share?

Noel: The biggest culture shock for us is that everything is so big. We went to Target and a few shopping centers, and it was so much grander in scale than anything we’re accustomed to in Japan, like 5x bigger—10x bigger—so that is definitely something that we are still even now getting used to.

Have you ever felt homesick? What are some things you miss most about living in Japan?

Umi: One big thing that I really miss personally are Japanese massage centers. It was definitely a place where I would go to relax and get reenergized, especially because I use my body so much as a performer, but even though I’ve gone to a few places here, it’s just not the same. I don’t really feel like they get into my joints as well as they do back in Japan, so when we go back to Japan—at whatever point that is—the first thing I’m going to do is go back to a Japanese massage center and really get a full-body detox.

You’ve come all the way to the US to hone your skills in singing and dancing. What drives your desire to become the best performers that you can be?

Chaka: The reason why that we’ve been so focused on developing our skills is because we always want to do better than what we’ve done before. It’s a big drive of ours as talented performers to always want to deliver bigger, better, and more to all of our fans that come to our concerts, especially with regards to being able to experience so many different styles of music than what we have had in the past and being able to experiment with different styles of dance to bring into our repertoire. You know, a unique blend that can actually improve us more and more. With the music, being able to experiment with different styles of music would open us up to a whole world of different opportunities, when and if we go onto the next level of being able to make our own music for distribution throughout the world. And especially as idols in particular, one thing that we’re always focusing on is delivering the happiness of our fans and really wanting to make sure that not only people in Japan, but people throughout the world can get the energy and enthusiasm that we impart and being able to take that to improve our own lives and just kind of live a little bit better.

Machu: First and foremost, it was an incredible experience. Having our first full length performance outside of our home country really gave us a chance to kind of appeal ourselves and everything that not only we’ve been learning and developing as a skill here in the United States, but also everything that is us—that is of us. For example, during our performance, we really made sure to have the two MC portions where we were able to show off a little bit of the English that we had been learning, as well as our personalities that form such an integral part of what our existing fans back in Japan know and love about us and be able to impart that to an audience that maybe doesn’t really know much about us or has only been experiencing us for the first time. All of that put together was just something that made the event really, really special, and we were really glad that we were able to be a part of something like that.

During your time here the States, you’ve competed at Prelude Las Vegas, World of Dance, and most recently, America’s Got Talent! What were your initial thoughts on becoming AGT contestants?

Noel: Our biggest emotion about AGT was the element of surprise. How it came about was that after World of Dance, some of the people in charge of casting for AGT happened to see all of it and reached out asking “Is this something you’d maybe want to be a part of?” That was something that we were completely blown away by. There was a lot of nervousness leading up to the audition, but the fact that we were able to do it—and when we got up on stage, we gave it our all. That was really what being able to show who we are as performers and just speak to the fact that that is where we belong—on stage—being able to come together and do something amazing.

Are there any American artists or choreographers that you dream of meeting or working with while you’re here in the US?

G: We would love to be able to work with lots of different people, especially in the position we’re in and what we look forward to achieving from this point on. We would dream of working with a number of people to really experience the kind of performers we look up to. As a group, we really look up to Bruno Mars because he is such an amazing dancer and singer, and he delivers such spectacular performances in the same way we would actually like to give to our own fans. Another person that we really like is Shawn Mendes. Obviously, whether or not we could [meet them] is up to chance or fate, but nonetheless, the ability to one day maybe work with such persons is something that we’re certainly striving for. We want to be able to develop ourselves to the level where we could potentially have such opportunities.

Lastly, since VT is a fashion magazine, which member would you say has the best fashion sense?

Chaka: Because of the way G and Machu’s last names are, they’re called the “Matsu-Matsu Combo,” and the two of them really like clothes. Even though all of us have our own unique styles, and certainly would want to nominate ourselves, as a group collectively, the two of them are recognized as the fashionistas.

In this article:exclusive, TRAVIS japan