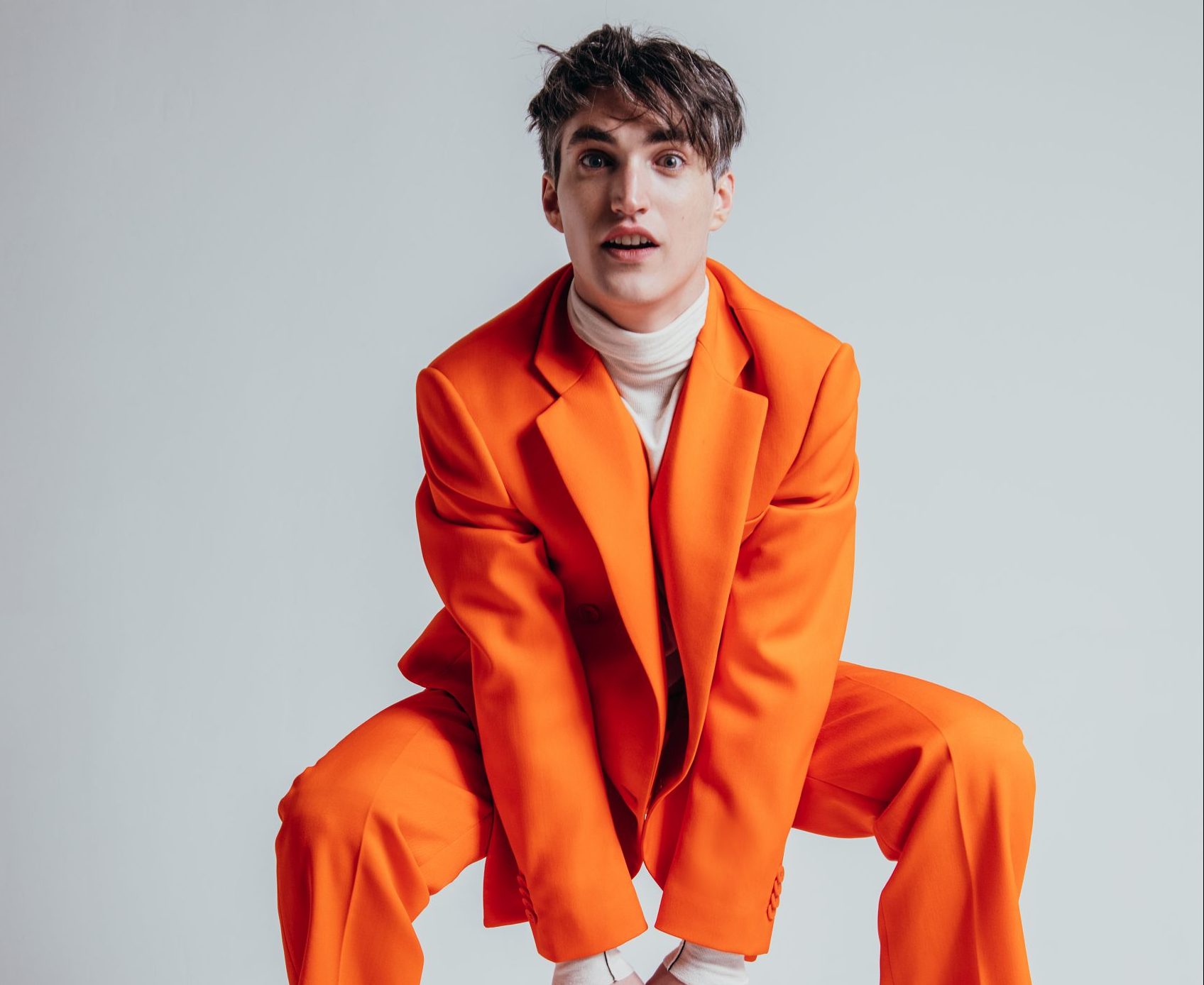 Rocco Fasano is an Italian actor with both feet on the ground who overflows love and has kind words for everyone.

Recently, it was the premiere of his latest project, the film Non Mi Uccidere (Don’t Kill Me), which is available everywhere. Therefore, we did not want to miss this opportunity to talk with the talented actor about his life, the movie, and his work.

Keep reading to find out what he shared with us and realize that, with every answer, Rocco Fasano demonstrates how passionate he is about his career and how much he cares about the ones who show love for the projects he has been involved with.

VT: SKAM is a milestone in your career; in Italy was a success and many people came to know you thanks to that show. Nowadays, looking backward, what do you have to say about portraying Niccolò Fares?

RF: It was my first occasion to work on some more extended material, and it was a privilege for the quality of the writing and the many layers of such a wonderfully vulnerable character to portray. In addition to his homosexuality, I felt the aspect of borderline personality disorder had to be addressed in a careful, responsible way, being as it is, a delicate topic.

All of it resulted in a lesson of empathy and in the discovery of diversity as a great source of possibilities and a gift to be acknowledged. Besides, meeting fans from all over the world at conventions; seeing and receiving their love and their gratitude for feeling less alone was overwhelming and difficult to forget.

VT: In 2018, you were part of Shirley and Baby, a project in which you co-wrote the script alongside your current collaborator Janet Pagliarini. How was that experience? Are you still writing?

RF: It was a chance to experience writing, which is definitely a hobby for me, and an opportunity to portray a beautifully broken character who struggles with gender identity and prostitution.

Janet and I were both drawn by the psychology of the characters and by the idea of analyzing the extremes of two very different prostitutes in a twisted relationship. I still write whenever I’m not acting or preparing for a character.

VT: How about your modeling career? According to you, what are the highs and lows of being a male model?

RF: My modeling career was somewhat parallel to my acting career, which has always been my first priority. However, I’ve always enjoyed the fashion world; I find it stimulating and fascinating in their constant attempt to redefine the rules of beauty, elegance, and style.

One of my latest collaborations was Emporio Armani Building Dialogues, a visionary project that shows the vision and the new collection of Emporio Armani. Being solely a male model could be challenging nowadays because the fashion world is as shiny as it is tough but definitely exciting.

VT: What is the most challenging thing you have done as a model?

RF: I remember this fashion show I did early on, for Marras in Rome, where we had to walk on the runway and then climb on this metallic structure built in the center, and start expressing ourselves by interacting with one another in the strangest ways, spraying everyone with drinks and milk, jumping from one platform to the other, all while taking our clothes off. As one of my first experiences, I remember it as quite challenging but also electrifying.

VT: Your most recent acting project is Non Mi Uccidere (Don´t Kill Me), a major motion film directed by Andrea De Sica, the amazing filmmaker we know for the international hit BABY. Also, your co-lead actress is none other but Alice Pagani, the latest Italian treasure. What can you tell us about this movie? Why do you think the readers of Vanity Teen will love it?

RF: Don’t Kill Me is a teen movie with horror and fantasy elements. I play Robin, a tormented, deeply disillusioned guy that promises to Mirta, the girl he falls madly in love with, played by Alice, that their love will go beyond the borders of death. Both of them die at the beginning of the movie, and she wakes up afterward with a strong hunger for human flesh, desperately wondering where Robin is.

I enjoyed this character for the blind passion of his love and the dark emotional places of his mind. Also, it was the first time I could learn and do some actual stunt work since this is also an action movie. It’s a coming of age that addresses the rage and delusion that a whole generation of teenagers feels towards the world, with the metaphor of the supernatural that makes it even more appealing.

VT: Before Non Mi Uccidere, were you a fan of horror movies? What are your favorite films?

VT: We all love Hollywood productions, but there are so much more around the world. Would you like to invite our readers to watch more international films?

RF: Getting a glimpse of a fresh look and diving into different cultures has always had a beneficial effect on me; I’ve always learned a big deal, and it’s very often been a source of inspiration and personal growth. I think it can be the same for you.

VT: Painting and music are other of your passions. What would you like to share with us about the importance of arts in our daily lives?

RF: I studied piano and music at the conservatoire in my home town in the south. Music has always been one other great passion for me that also transversely taught me much about rhythm and the importance of listening in acting, aside from making it easy for me with accents.

Coming to paintings, I’m a great admirer of all forms of art, and of many painters even though I don’t paint. Art for me is a way of living, understanding, and dealing with the reality surrounding me; and it is one of the best ways to express our humanity and not only entertain but also learn great lessons.

VT: Which advice would you give to those teenagers who might be thinking about pursuing a career in acting or modeling?

RF: Do it if you cannot do without it. And treat it as an inner calling.

RF: My gratitude and wagons of love from Italy for you!

Movie lovers of this planet, it is time for us to go and watch Non Mi Uccidere (Don´t Kill Me); and, as Rocco Fasano has shown us, never forget finding our inner calling is about doing, about getting committed to what you love and going for it.

The world is ours to take it, so let us be passionate and responsible.